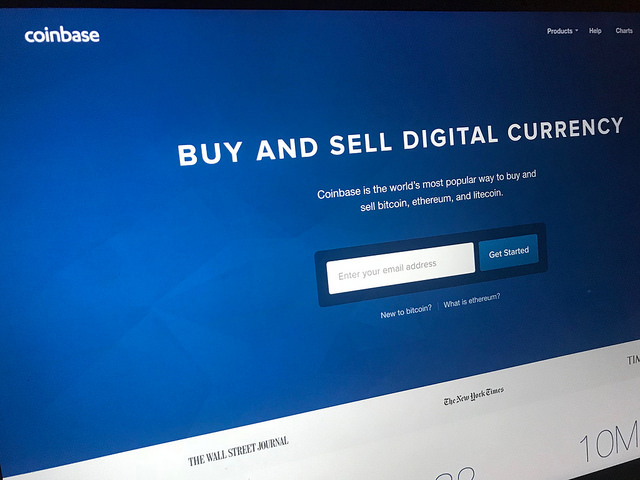 Cardano (ADA) has stated recently that their goal is to become the next coin to be listed on Coinbase. According to them, the announcement from Coinbase which will confirm this is about to come soon.

As of yet, the crypto exchange has not announced anything regarding the plans of introducing any new coins. Still, this will soon change, according to Cardano, which believes that Coinbase is currently targeting various markets around the globe.

The statement from Coinbase itself says that they intend to support the Ethereum’s technical standard called ERC20. Different ERC20 assets regarding the Coinbase products will be supported by this as well, but the exchange does not plan on supporting any specific features or assets at this time.

As many already know, Cardano is made in order to allow its users to make different decentralized apps, as well as to make transactions instantly via P2P networks. Since it is a blockchain with a unique nature, it is favorable for those who wish to create dApps and make transactions nearly instantly, and almost for free, at that.

As a coin, it is backed throughout the Americas, South Asia, Europe, and, of course, in its parent country – Japan.

The best platform for smart contracts in the world

The evolution of smart contracts regarding the blockchain tech is advancing rapidly. For now, the leader in this area is definitely Ethereum. However, ADA is seen as a close second, with EOS coming close to this position as well.

Cardano is written in a very complex programming language which is using equally as complex mathematical logic. It is called Haskell, and its coding allows for some of the best security, as well as the fastest transactions. In some ways, this platform can even beat Ethereum itself, and there are those who believe that this is something that will actually happen in the near future.

Still, even though the platform itself is more than excellent, this is not enough for ADA to add its name to Coinbase’s list just yet. In itself, Cardano is more than just a blockchain. Its coins are stored in a very safe platform called The Daedalus Wallet, which is an additional reason why Coinbase might seriously consider adding this currency. The security, obviously, comes first here.

There are many things that Cardano has in common with Coinbase, especially when we are talking about their available customers. The recent increase in both, Singapore and Europe really stands out here. The increase in Cardano is growing in Europe particularly, and 8 out of 10 strongest countries have been searching this token on Google actively. Top searches of Coinbase come from at least 5 of the same countries that are so interested in Cardano. Those include Slovenia, Cyprus, Switzerland, Croatia, as well as the Netherlands.

Obviously, Cardano is gaining popularity in Europe, and adding it to Coinbase would be a very good strategy since it would provide a lot of influence in this area. The market is prepared, and the customers are there. All that remains now is for the Coinbase to release the announcement.

Verge (XVG) Spikes Again, but Decides to Go Against the Trend