Sure, this decline has come against a backdrop of wider market collapse. Prices across pretty much every coin or token on the market are a fraction of what they were just a few weeks ago and the industry is currently undergoing one of the all-time steepest corrections since its inception less than a decade ago.

With Tron, however, a few other inputs have served to push down the company’s tokens slightly further than might otherwise have been the case if the company had simply fallen on a collateral impact principal.

The company’s white paper was shown to have been plagiarized (to a degree) and despite Tron’s efforts to explain it away as a translation problem, markets are far from convinced. The somewhat omni-presence of (and, in turn, potential overreliance on) Tron’s founder, Justin Sun, has also spooked markets a little, compounding the just mentioned white paper concerns and adding weight to the wider market decline.

As many of our regular readers will know, we’ve been on the lookout for some of the top recovery picks in the cryptocurrency space.

And while we’ve highlighted a couple of the things that are weighing on Tron and TRX right now, this coin is one we’re flagging up as a top pick.

Well, Tron has a grand vision of solving the problems that are currently caused by a centralized internet. The company bills itself as a blockchain-based open-source global digital entertainment protocol and, for all intents and purposes, that’s what it is. But there’s more to it than that.

It’s set up as a decentralized network through which anyone can freely create content, websites, and applications, without relying on centralized services. If the company can execute on this goal (and all signs so far suggest that it can, at least from a technical perspective), it’s not going to have to achieve much by way of penetration into the sector it’s targeting to command a large presence in the tech space.

Tron has scored a range of big-name partnerships, including with Peiwo (which has more than $10 million registered users), UPLive (20 million users), Bitmain (needs no introduction) and Gifto, a blockchain based virtual gift exchange established by Asia Innovations Group.

We’ve said it about Ripple (XRP) before – the ability to score enterprise level partnerships is a really great indicator of a company’s position in the market. Any company can tell you its technology is going to be a game changer; not all companies can convince existing market incumbents that this is the case and, in turn, get said incumbents to sign off on a partnership.

Ripple has been able to do just that, as has Tron.

And it’s probably in a large way due to the above-mentioned Sun spearheading growth. Sure, a company that’s overly reliant on its founder isn’t great, but if the founder is a real growth catalyst, it’s also not a bad thing.

And Sun really is a catalyst here. He acts as a link between the global Tron community and the company’s development efforts and, in this space, an open access line to what’s going on behind the scenes, especially at a time when markets are down and sentient is weak, is invaluable.

Bottom line: the market is down and Tron is down more than most. The lower it gets, however, the deeper the discount that’s available to anyone that wants to pick up cheap coins ahead of a recovery. 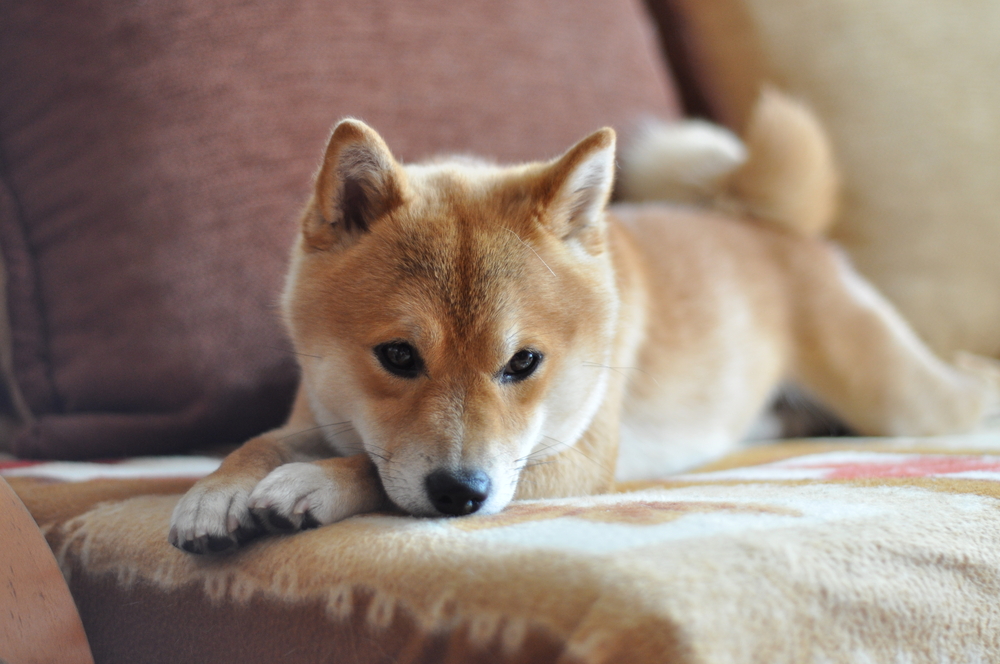 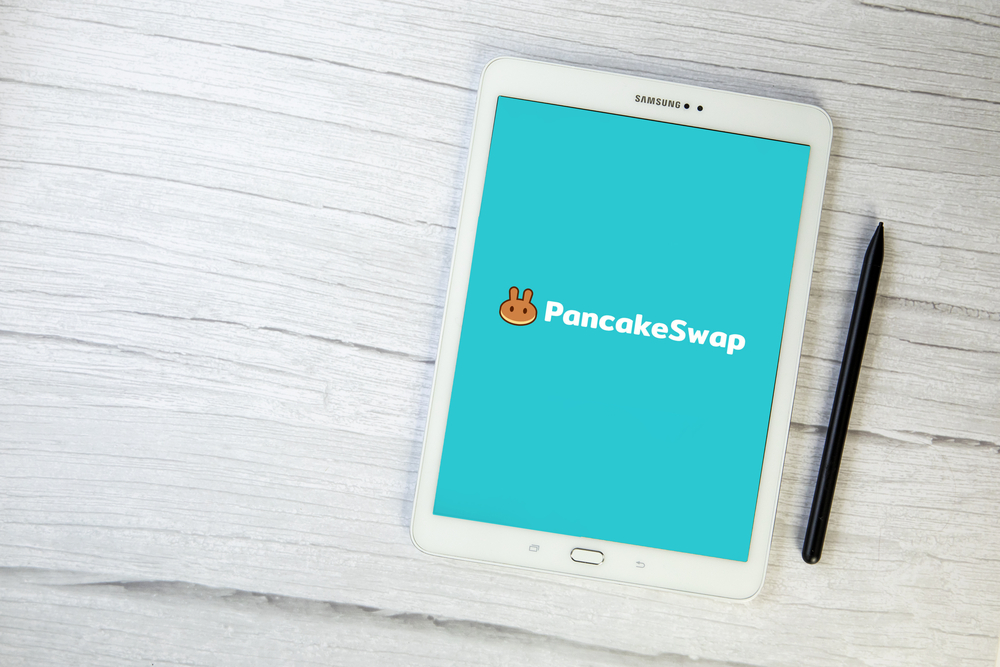 Centralized and decentralized exchanges (DEX) have started the year well, helped by the strong comeback of cryptocurrencies. Coinbase shares have soared by over 150% from the lowest point in December. Similarly, Uniswap and PancakeSwap have seen inflows, daily users, and revenue rise. As a result, CAKE price was trading at $4.23, about 35% above the lowest point in December.

PancakeSwap is a major player in decentralized finance (DeFi). It was originally created in the BNB Chain although recently it has expanded to Ethereum and Aptos. According to DeFi Llama, the network has a total value locked (TVL) of more than $3.69 billion in dollar terms.

Its BNB Chain ecosystem has a TVL of over $3.6 billion while Aptos and Ethereum have a TVL of $36 million and $16 million, respectively. In BNB terms, PancakeSwap has seen its TVL plunge to a low of 811 million, the lowest point since April 2021.

PanckaeSwap has struggled in the past few months. Like Uniswap, the network struggled as the overall trading volume plunged in 2022 as cryptocurrencies retreated. At the same time, competition from other fast-growing DEX platforms like dYdX, Kine Protocol, and Curve Finance has risen.

Recently, however, the recent crypto rebound has done well, helped by the strong performance of most digital coins like Bitcoin and… 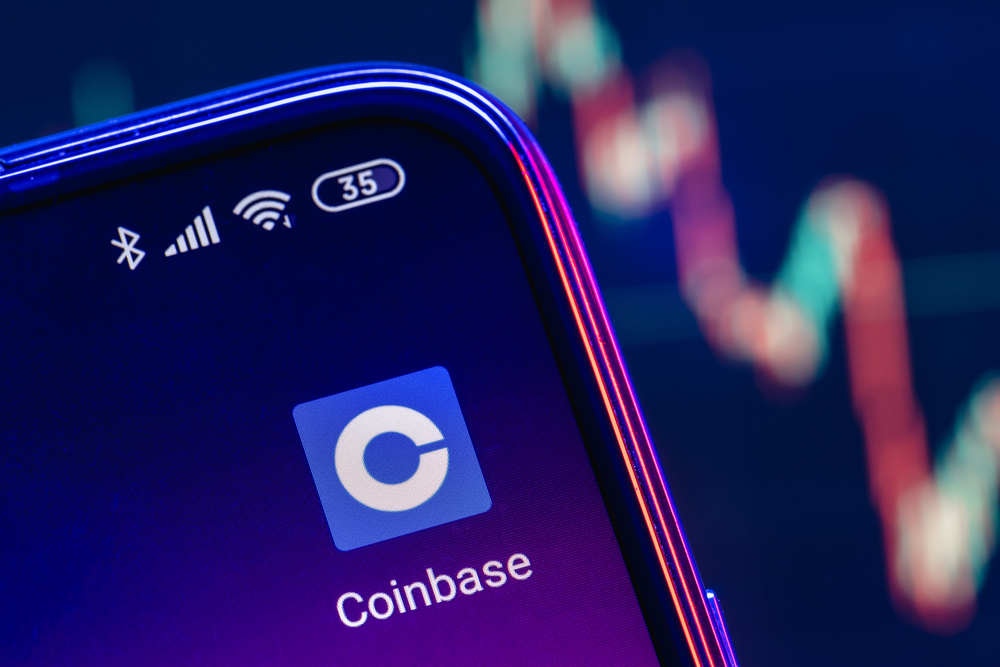 Coinbase stock price is having a good year. The shares jumped by over 21% alone on Thursday and reached a high of $80, the highest level since September 15. It has soared by about 150% from the lowest point in 2022.

Why COIN is soaring

There are three main reasons why the Coinbase stock price is rising. The most important reason is the fact that cryptocurrency prices have jumped. Bitcoin is trading at $23,840, which is slightly below its year-to-date high of near $24,000.

Similarly, Ethereum jumped to about $1,677 while BNB Coin and XRP have risen to $328 and $0.41. In total, cryptocurrencies have seen their total market cap jump to over $1 trillion. Historically, cryptocurrencies tend to have a close correlation with Coinbase.

Second,  Coinbase stock price has soared because of the Federal Reserve. In a statement on Wednesday, the Fed decided to hike interest rates by 0.25%, which was the smallest increase in months. Before that, the Fed hiked interest rates by 0.50% in December and 0.75% in the previous four meetings.

The dovish rate hike by the Fed explains why the S&P 500 index has jumped to the highest level in five months. Other crypto-related stocks like Silvergate Capital, Marathon Digital, and Bakkt have also surged.

Finally, analysts believe that the company has seen inflows in the…