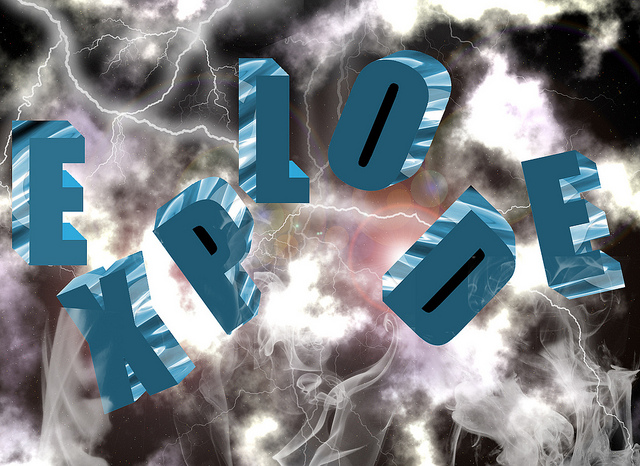 The original cryptocurrency, Bitcoin (BTC), will remain a substantial portion of many investor’s portfolios. And why not? Afterall, Bitcoin (BTC) is still king. Making up a solid third of the total coin market-cap, this behemoth in the cryptocurrency space certainly isn’t going away anytime soon. And if you’ve listened to what the hard-core believers in this mainstay crypto-product are whispering in the chatrooms, you know that by holding it, there’s a great chance of doubling your money in the coming month(s).

Of course, many coins will double in that same amount of time.

The allure of the larger, more popular coins available on your favorite exchange(s) has a lot to do with risk (or the relative lack of it). Perhaps more importantly, however, the big-three, Bitcoin (BTC), Ethereum (ETH) and Ripple (XRP) (collectively making up well over half of the approximately US$560 Billion total market-cap) represent the face of the blockchain to a curious public, standing eagerly at the gates of the crypto-castle. New participants in this market, ready to crash onto the scene, will likely choose from these safe-bets, at least at first, when tiptoeing into the warm waters of the altcoin sea. And while Bitcoin and Ethereum are indeed long-term strategic holds for new and old investors alike, the third largest (and still undervalued) cryptocurrency, Ripple (XRP), looks ready to steal the show.

As the news surrounding Ripple (XRP) intensifies, and the anticipation of quick gains grows in the hearts of the company’s most ardent believers, there is little doubt that this altcoin will again prove itself as a significant player in the month(s) to come. With the Twitter feeds all abuzz, and some predicting a US$10 price target, it’s probably time we all take another look at the potential of this fantastic mover in the crypto-universe.

So what explains the media blitz and current predictions surrounding Ripple (XRP)? And how do we play the current dip to our advantage as we make the leap and entrust our fiat to this giant in the altcoin universe?

The vast media coverage on Ripple (XRP) over the last month may prove to be justified, as potential developments and not-so-far-off predictions are theorized and contemplated in crypto-space. Starting with rumors before the new year about a possible listing on Coinbase, and continuing into 2018 with the cryptocurrency’s potential use by Amazon (and now Moneygram) the buzz surrounding Ripple (XRP) is ever-growing. And new participants (like market-bees attracted to the hype in my altcoin analogy here) are swarming with hive-minded excitement, ready for the sweet digital-honey of potential gains to pour into their waxy, hexagonal shaped wallets.

With the backing of over 100 institutions, this mainstay in the banking sector is helping solve complex problems as a cost-effective solution to handling transactions. Ripple (XRP) allows banks in varying regions of the world make fast, verifiable transactions. For these institutions, Ripple (XRP) and the verifiable immutability of the blockchain technology it utilizes, has proven itself as a useful tool. And when the coin is finally accepted onto Coinbase and used in the transaction systems of major corporations, like Amazon, we will see the justification for the media blitz play out in real-time on the graphs and charts exhibited on your favorite trading platform(s).

The best way to succeed in any market is to adhere to the first principle of trading taught in your middle school economics class; Buy low and sell high. The recent downturn in the coin market made a dent in the prices of many altcoins, rolling them back, almost universally, to December support levels. While many investors are still recovering from the recent shock that ate a substantial portion of their gains from the year before, savvy players (and new participants) are eyeing the current dip as a last-chance opportunity to get in. Ripple now sits substantially down from its highs before the entire space crashed last week.

As the market recovers, however, and the sounds of cheers grow louder from your neighbors and friends as they notice their gains in the coming days, you may be tempted to get in on the action as well. And if you want to impress your co-workers, forever gossiping around the water cooler about their favorite crypto-coin-de-jour, just mention your recent foray into Ripple (XPR) and the altcoin-universe. You’ll fit right in.