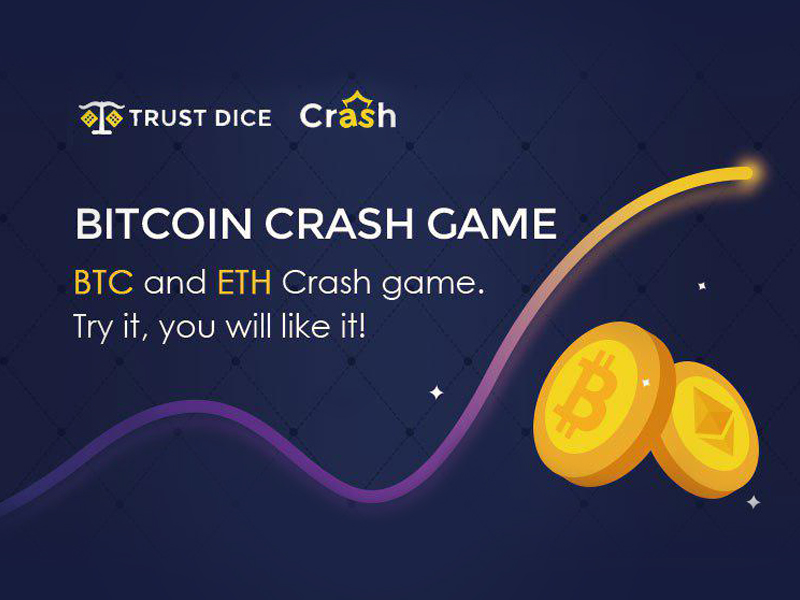 People always ask when blockchain will go mainstream. When Facebook launches its own cryptocurrency? When Telegram launches TON network? Or when old money starts buying Bitcoin?

The TrustDice team believes that blockchain will go mainstream when millions of people play blockchain games every day. During the past 2 years, blockchain gaming grows fast. Nowadays there’re almost 3000 Dapps (Decentralized Apps) built on blockchain (Ethereum, EOS, TRON, etc) and 60% of them are games, according to the data from DappReview.

However, the number of daily active users of blockchain games is still small (around 100k) compared with that of traditional games. To accelerate the process of bringing blockchain gaming to the mass market, the TrustDice team makes a lot of efforts. They released Trust Protocol in March 2019. And now they release the first Crash game to support multiple cryptocurrencies (Bitcoin, Ethereum, EOS, etc), with the help of Trust Protocol.

We talk with the TrustDice team about their vision and plans in the future.

Why do you build this Crash game?

Crash is an innovative game invented by people in the world of cryptocurrency. The first Crash game was released by Bustabit in 2014 and since then it has been popular among the Bitcoin community.

However, Bustabit only supports Bitcoin, for people holding other coins, they cannot enjoy the fun of this game. Therefore, we came up with the idea to build a Crash game supporting multiple tokens (Bitcoin, Ethereum, EOS, etc). And this will also be a good showcase of Trust Protocol.

Any other differences between your Crash game and Bustabit?

Besides supporting more tokens than Bustabit. There’ll be daily wagering contest in our Crash game. Those who wager more will win more. Another big difference is that our Crash game is built on EOS blockchain. All the random numbers are generated on blockchain.

It is truly provably fair and more transparent than games built on centralized servers. Finally, we have a Coinbox feature for new players to claim free coins (BTC, ETH, EOS, etc) every 6 hours. Even people without holding any cryptocurrencies can enjoy the game and maybe win a lot of coins, as long as they have good skills and luck.

Why do you focus on casino games now?

Our team is composed of veterans in the gaming industry and geeks. We’ve actually delivered several different types of blockchain games during the past 2 years: collectible game, FOMO game, Dice game and so on. Most of them can generate hypes during a short time, yet lose players quickly, while casino games like Dice and Crash, has been popular in the world of cryptocurrency for a long time.

The number of transactions in SatoshiDice was once taking 60% of all transactions on Bitcoin. What’s more, the daily betting volume of casino games on those new blockchains (Ethereum, EOS, TRX, etc) surpasses 10M USD. It’s definitely a great use case of blockchain and helps a lot of new users to learn cryptocurrency easily. It will keep contributing to the ecosystem of cryptocurrency in the future, and we believe that we can add value to it.

Well, our strategy is always customer first, and our highest priority is to provide the best gaming experiences to our players. In the rest of 2019, we’ll polish the product, deliver more games, as well as supporting more tokens on TrustDice.

For Trust Protocol, we’ll support more blockchains including TRON, NEO and so on. We hope to open source Trust Protocol by the end of 2019 so that more developers can benefit from our experiences before.

Be the Best in the Skin Gambling Game with Gamdom

Novel and generics pharma producer OncoGenerix and Alpha Capital LLC are launching a new injectable pharmaceutical factory in the US, both companies announced in a press release.  The new production facility will be similar to the one that OncoGenerix already operates in China, the company stated.  Alpha Capital LLC also said it is considering a Georgia Opportunity Zone as the location for the new plant. The output capacity of the new project is expected to reach 20 million vials of injectable oncology products and vaccines. OncoGenerix has recently completed a state-of-the-art pharmaceuticals factory in Mudanjiang Province, China.

The announcement follows an international capital raise that Alpha Capital, LLC initiated in May.  The offering is a first-of-its-kind digital investment opportunity, which includes tokenized ownership of a pharmaceutical facility. Alpha Capital, LLC said it is offering up to 500 million ONGX Tokens at US $0.12 per token and a US onshore offering of shares in Alpha Capital’s special purpose vehicle. The ONGX Tokens are built on the ERC20 blockchain protocol, serve as a SAFE (simple agreement for future equity), and will be exchangeable at the option of the investor for equity-token securities..

“Our joint work with… 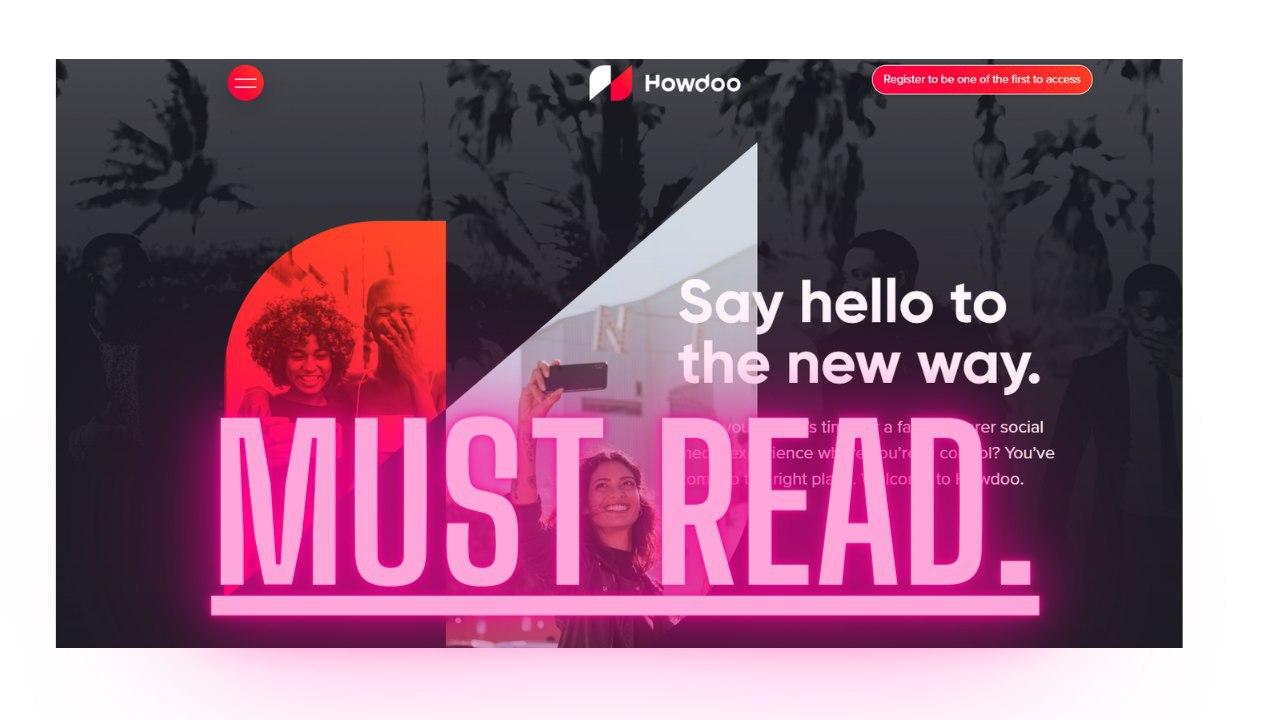 This could be a game-changer as Hyprr (formerly Howdoo) incorporates most of the benefits of other social media platforms and combines them into one. Oh…and it’s also on the blockchain, so censorship-resistant you could say.

HowDoo officially changes its name to Hyprr. The team is pleased to finally announce the launch of their new blockchain-powered social media platform Hyprr going public in August.

Why Hyprr? You may ask.

The answer is simple and straightforward.

The current social media landscape is no longer sustainable. There have been several cases of data breach and unauthorized mining of users’ data. The owners of the popular social media platforms wield too much power and take arbitrary decisions. It is really all about them and what they want, when in fact, it should be about the users.

Now is the time for a change. This is why the idea of a social media platform truly powered by blockchain technology is an exciting one. A platform that gives full control and ownership to users, a safe and secure space where users can decide what happens to their information. A social media platform where content creators are duly paid and rewarded for their content. The good news is, a social platform like this already here, it is called Hyprr. Let’s say you’re a content creator with a few thousand followers, well under youtube’s… 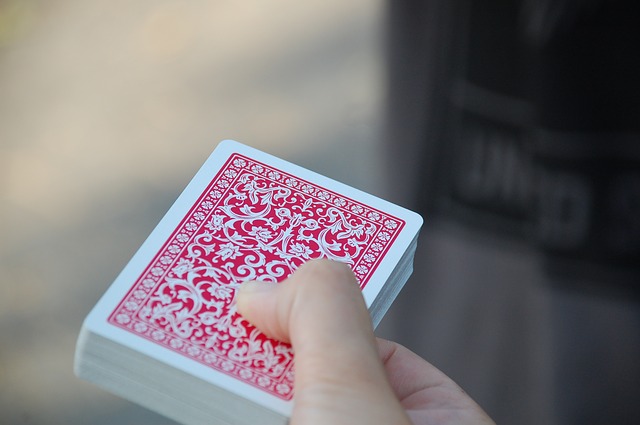 Do you know how to play the most iconic, rewarding, and popular casino games? Surely you thought of roulette and slots first, but you might be surprised how much more lucrative and exciting playing card games can be.

Ok, we understand that poker takes a lot longer to learn and master than blackjack. But out of this list of the top casino card games, it’s definitely a favorite of players all around the world. Card games generally tend to challenge us a little more than the other games like slots and roulette. Perhaps that’s the reason why players who love blackjack or baccarat usually stick to them.

Some card games are based mostly on luck, but the ones that challenge you are a lot of fun as well. Here are the classic card games you’ll find in every casino, including online at sites like 888 Casino.

The blackjack table is usually crowded when you visit a casino, that’s because blackjack players understand what they can gain. Blackjack has the highest return to player rate out of all the table games. Roughly 99.7% of all the money the casino earns from blackjack goes back to players!

Moreover, with blackjack, you can choose from several different variants, so even if you are a pro, you don’t need to feel bored. Plus,…