What has Cardano (ADA) been doing in the past few days? - Global Coin Report 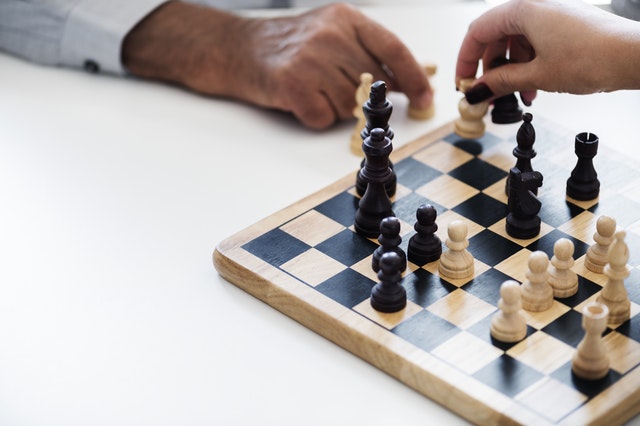 Daedalus, the highly secure wallet developed for ADA, plans to incorporate other cryptocurrencies and along with Cardano become blockchain application platform and an app store. The team of Cardano has already completed QA tasks for the upcoming launch of Daedalus 0.10.0 with Cardano 1.2.0.

Last week saw the “expansion of the Ada redemption feature with support for redeeming Ada with the certificates from the recovery service.” The Daedalus update makes way for the addition of two new tabs to the Ada redemption screen—“Recovery-regular” and “Recovery-force vended”. The process has been completed and the code is currently being reviewed. The team has already finalized the execution of test coverage enhancements of the React-Polymorph library.

Last week, other than conducting server side Transport Layer Security check, the team had sewn up all the strings of the story and again merged the branch with the latest developing branch. The code is currently being processed by the team and also needs to go through final checks. The team is also working on adding certain features and developing the new wallet. The weekly report (published 24th May 2018) of Cardano states that preliminary work has been done on choosing a feasible existent solution. Talks are also about the implementation of a tailored key-value storage for transaction metadata. But, at the moment it is not yet possible to merge the pull request due to certain Continuous Integration (CI) issues. Currently, the development team is working on it with the assistance of DevOps. At the same time, the developers are also working on the issues regarding submitting transactions to the network.

A part of the developing team has covered the unit tests, completed the upcoming UTxO specifications, and translated the “rollback invariants to Haskell”. The team has worked hand in hand with a specialist regarding the formalization of the Coq specifics. There have also been improvements on the wallet data migration front. Migration code has been written down and tests have also been conducted.

Another update for the Cardano network is that all the tests regarding API have been completed and 1.2 version is ready for release. Currently, the team is focused on improving the wallet’s error handling process.

Some security issues were discovered last week and the team has successfully solved them. According to the team, there has been good progress on Peer Discovery Implementation. The routing table maintenance task is also being looked into.

DevOps constant efforts in making CI systems more transparent will hopefully result in much more productive CI resolutions in the near future. DevOps is also concentrated on the established conventions for issue reporting and tracking. From the weekly report posted on the official website of Cardano, “The team fixed several classes of build issues, including bypassing a new optional Daedalus development environment feature which broke builds, and overcoming a linker size limit by statically linking macOS builds.”

DevOps connected with the wallet developers to detect the cause behind the formation of the bug that stood as a wall in front of the Daedalus and Cardano 1.2 release. A number of experiments and tests led to the root of the problem- a small type change. The solution was thus implemented and DevOps resynced it into the Daedalus release branch. Now, it is ready to be tested from the user’s point of view.

DevOps has also identified and tracked operational details such that there are no issues after the KEVM testnet launch. Deployment process has also been monitored. For Cardano testnet, tests have been executed for Daedalus multiple times that also relate to different clusters and developing the faucet.

The fundamental research for the Goguen project has reached an advanced stage. Now, the team is involved in discussing sidechains, multi-currency and chimeric ledger such that it can be seamlessly integrated into the Cardano Core platform. The first testnet of Goguen will enable the smart contract developers to execute their Solidity contracts on the KEVM. The weekly technical report describes it as “a formal semantics implementation of the Ethereum Virtual Machine (EVM) using the K framework.”

IOHK Education Department and project managers have decided to create videos and PowerPoint presentations such that the community comes to know what the Cardano team is working on. The team is looking forward to releasing a PM monthly update video to the community by the end of the month.

The historical data table of Cardano (ADA) from coinmarketcap.com shows that there have been some remnants of the bearish effect of the cryptocurrency market in the first quarter of 2018. However, there has not been massive fluctuations as seen from the price. At the time of writing, according to coinmarketcap.com, the price of ADA shows $0.190 USD (4.52%) approximately. The market cap shows approximately $4,928,943,526 USD and the volume (24h) is above $102,000,000 USD. (As of 29th May 2018) Cardano (ADA) stands at the 7th position now.

Related Topics:CardanoCardano (ADA)
Up Next

The Past Few Days of TRON: How Things are Looking for TRX Holders