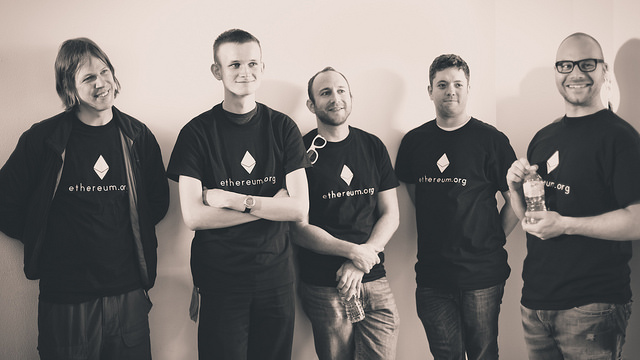 The moment when bitcoin broke the $8500 resistance, analysts predicted that the top-5 crypto giants are going to steal the show in the next few days. As for Ethereum which has been ranked as the 2nd largest cryptocurrency in the world, days of recovery are closer. Some projects such as EOS have been compared with Ethereum and while most of them admit being better than Ethereum there aren’t signs of Ethereum being replaced by another blockchain project. The reason behind this the way Ethereum works and the purpose it serves which keeps ETH value and importance intact in the world of cryptocurrency.

According to Ethereum’s official website, the purpose of their decentralized platform is to run smart contracts. It was released many years after bitcoin, in July 2015 and its presale at that time raised a whopping $18 million in bitcoin. It’s wrong to surmise that Ethereum is somewhat similar to bitcoin because it’s not. The founder of Ethereum, Vitalik Buterin is a crypto veteran who has years of experience in working and developing blockchain technology. Ethereum allows smart contracts which are nothing but programmable digital money and its transaction works after meeting two vital conditions. Which is ‘send Alice to bob if…’

When the market got into the bull race, the top-5 cryptocurrencies made their own records crossing their line of resistance. Ethereum was not far behind and turned out to be one of the winners of today. At the time of writing, the price has gone up to 9% within last 24 hours and it’s currently trading at $698.83 with a 1.25% increase per hour. This uptrend has contributed to the total market cap reaching $425 billion. Ethereum hasn’t shown signs of such breakouts for a long time and had been silent for quite some days. Therefore, its more than necessary to find out the ‘why’ behind this recent gain. Since the middle of April, we’ve seen Ethereum at $302 and now it has reached an excess of the double of that amount in a jiffy.

The Ethereum community is buzzing with rumors regarding an upcoming technical decision in the form of a ‘fork’. The difference in views of three principle players in Ethereum eco-system namely, Parity Tech and two key community members Golem Project and developer Peter Szilagyi has fuelled the possibility of a fork due to their non-agreement. During the recent meeting between developers, there has been a discussion on the proposal of including a contentious code called ‘EIP 999’ as a technical fix. Many have risen against this proposal announcing that it would return around $264 million loss of funds and that it could possibly damage the security as well as the integrity of the platform. Those in favor of this proposal have said that buggy contracts have given rise to frequent loss of funds and that they should do anything to avoid such mistakes.

In light of this evident tug-of-war, a split is inevitable. Even the CEO and founder of Litecoin, Charlie Lee has hinted that a split might be in the best regards for the Ethereum platform.

The entire crypto market value is now rivaling with that of Facebook and it all happened in the blink of an eye. When you look at the returns which are expected from Ethereum, you may realize that it still has a long way to go. The value of Ethereum is bound to appreciate in the upcoming day all because its application and usability are increasing day by day. Each day more companies are becoming a believer in Ethereum’s core idea and its goals by adopting its decentralized cloud-based applications.

Recently, the famed Amazon web services launched blockchain templates made for Ethereum and HyperLedger (since both projects offer distributed consensus algorithms, smart contracts, and access control features) fabric. The company announced on its official site that these templates allow a fast and much easier way to develop and deploy secure blockchain based networks with the open-source framework. Let’s not forget that the idea of smart contracts was developed by Ethereum and the trend of using smart contracts is helping Ethereum to reach higher as time goes by. The more its platform is being used, the more value Ethereum will gain as a cryptocurrency.

According to the data on CoinMarketCap, it’s evident that Ethereum has plans to maintain its bullish trend. The market capital has reached $69 billion USD and still counting. Almost $3 billion ETH has exchanged hands within the past 24 hours which is hugely different from the data back on mid of April. The trading volume is expected to stay on the rise for this week. Bitfinex has the most to contribute to the aforementioned trading volume hike because its volume is ahead of OKEx’s and Huobi’s tether pair.

We cannot say for sure whether this trend will remain as it is and how Ethereum price is going to unfold in the upcoming days. In January when ETH touched its all-time high price point of $1430.81 according to the records, its recent performance has degraded much. There’s no doubt that crossing $700 threshold was a feat in its own regard but crossing this mark is going to be tougher than imagined. However, it is certain that Ethereum’s performance is going to be worth keeping an eye due to volatile and dynamic nature of cryptos.

What Has VeChain Been Up to These Days?