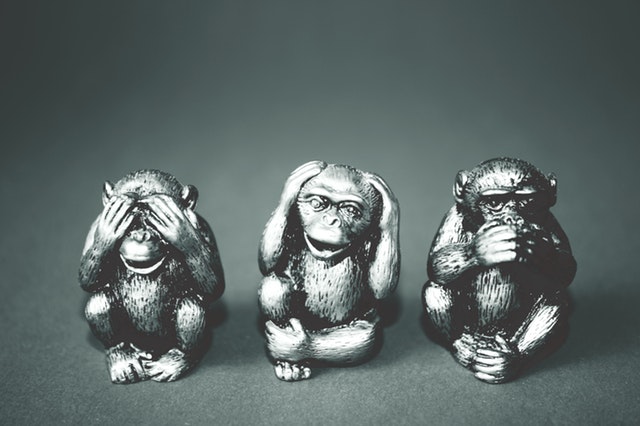 After finding its footing last week at the 5700 level, Bitcoin price has since started to exhibit some momentum/mojo and has begun to show some life in the past week of trade. While the overall trend remains lower, which both investors/traders need to be cognizant of such conditions, as well as further work required in order for BTC to right the ship and repair the technical damage inflicted over the past six months, nonetheless, the recent action is a start and certainly welcome for those longer-term HODL’ers.

While Bitcoin Cash (BCH); Ethereum (ETH) and LiteCoin (LTC) continue to struggle with their 20 day moving average and have been unable to overcome the hurdle thus far, BTC has not only managed to recapture its 20 SMA but, has now been capable of four consecutive closes above its 20 SMA and is presently working on its fifth if it can complete the job in today’s session, which from a short-term technical perspective, would be a favorable development.

Furthermore, when observing the daily Chart of BTC below, we can see that it appears that Bitcoin is once again in the process of forming a potential inverted Head-and-Shoulders (H&S) formation. Although additional work is required in the development process, it is something that both investors/traders may want to monitor in the days ahead for further clues. 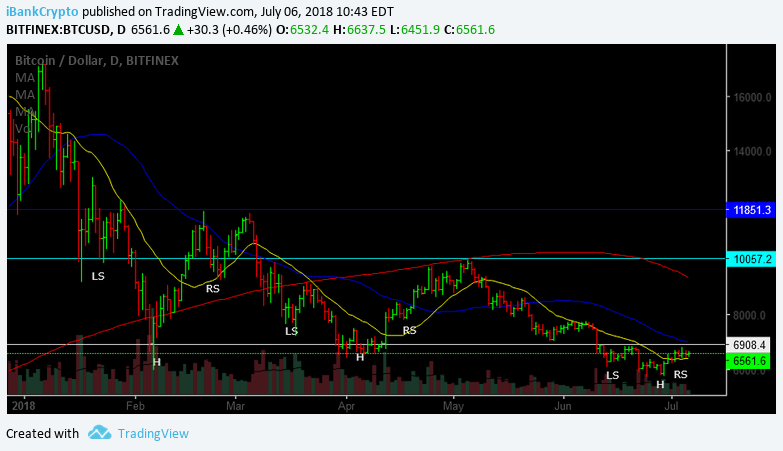 As we can witness from the daily chart above, not only is BTC in the process of yet another potential inverted H&S formation, yet we can also see that on two (2) prior occasions in both 1Q as well as 2Q, where on both attempts at completing the formation, BTC was rejected (dark blue and light blue horizontal lines) and subsequently rode the slippery slope to lower depths.

Thus, will this recent formation for BTC be three times a charm via its completion?

With the jury remaining in deliberations and having yet to deliver its verdict, both investors/traders may want to pay particular attention to the following levels moving forward as a guide as well as providing additional evidence/clues with regards to short-term direction.

If, at any time in the days/weeks ahead, BTC can go ‘top-side’ of the 6900 level and ‘stick’, such development, should it materialize, would likely set the stage for greener pastures with a potential objective from the measured move of 7800-8000 zone.

On the flip-side, the 20 SMA (yellow line), presently located at 6388 as of this writing, provides potential short-term support and perhaps more importantly, the 6190 level. Should 6190 ‘give way’ at any point in the not too distant future, such would likely suggest another failure and void the developing inverted H&S formation currently in progress.

Needless to say, risk management remains priority number one, as always, while we await further cards from the deck to be revealed.

NEO (NEO) Won’t Remain this Cheap for Much Longer

Do the Technicals Make a Fresh Case for NEO and XRP Exposure?