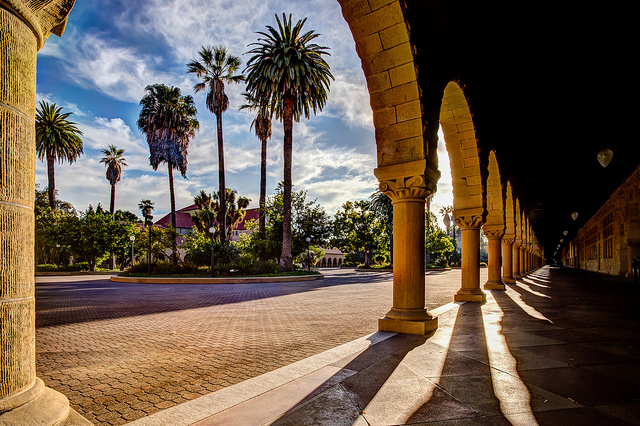 The world of cryptocurrencies continues to cause controversies even now, particularly when it comes to matters such as the superiority of one coin over others. According to recent reports, one student from Stanford University has stated that one of Stanford’s guest lecturers — Dr. Susan Athey — bashed the first and largest cryptocurrency, Bitcoin, while praising XRP.

In late February, Stanford’s student called Conner Brown came out publicly with a claim that Athey described Bitcoin’s network and protocol inaccurately, and that she also used the opportunity to make unfounded criticism. Athey, who also sits on Board of Directors at Ripple Labs — XRP’s parent company — supposedly also stated that XRP provides solutions to all issues mentioned in regards to Bitcoin.

According to Brown’s comments on the matter, the lecture in question took place over a month ago, and after attending it, he wrote an open letter to Standford, explaining the incident. In the letter, Brown claims that Athey inaccurately presented Bitcoin’s consensus protocol and overstated several issues, such as the threat of a 51% attack on the coins network, as well as Bitcoin’s mining centralization.

However, the main problem with the lecture, as Brown sees it, is the professor’s claims that XRP presents a solution to these problems.

The claims caused Dr. Athey to respond publicly via Twitter, stating that she is not the University’s professor, but a guest lecturer. Further, she claims that her connection to Ripple Labs was not a secret and that she dedicated a five-minute-long verbal introduction to discussing her background, during which she openly disclosed her link to the company.

Hey-I was a guest lecturer in this class with Ripple role disclosed, not the professor; Conner never contacted me or shared this letter with me; his description of my lecture is a caricature, and I disagree with his characterizations of the lecture.

Athey also provided slides used for the lecture, as proof that she did not misrepresent Bitcoin, although the slides to show that Brown’s accusations of the lecturer praising XRP are correct.

Athey also used the example of a Mexican Company called Caullix to explain Ripple Labs’ product, xRapid. She stated that Caullix has been using the product to achieve cheaper, faster payments, and even Ripple itself tweeted that the Caullix plans to start using xRapid, back on October 1st, 2018.

What is the truth?

The entire incident remains unresolved and filled with controversial claims, but several things can be concluded according to the facts and evidence at disposal. For example, it is clear that the lecture was dedicated to the promotion of XRP, Ripple, and xRapid, that much can be seen from the slides.

Meanwhile, her slides — while pro-XRP — do not clearly bash or misrepresent Bitcoin, although it is possible that she made verbal anti-Bitcoin statements during the lecture itself.

Why Bitcoin Price Remains Stable Before the Expected Hike