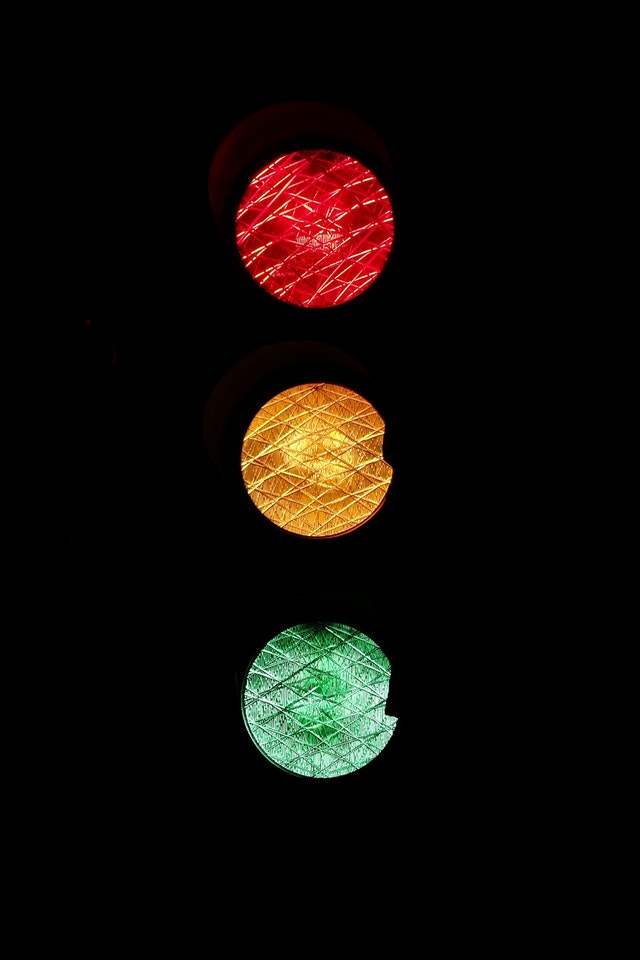 The broad cryptocurrency landscape continues to trace out a major-degree corrective phase that was born into existence about two weeks before the end of the last calendar year. That makes this process now roughly 7 months old.

The crypto world moves at a fast pace relative to other markets, and 7 months is a lifetime, so traders and investors are doubtless hard on the search for tangible signals of a coming change in character in the charts.

With that in mind, we will take a few minutes and dive into the big-picture technical action for the two biggest heavyweights in the coin realm: Bitcoin (BTC) and Ethereum (ETH). 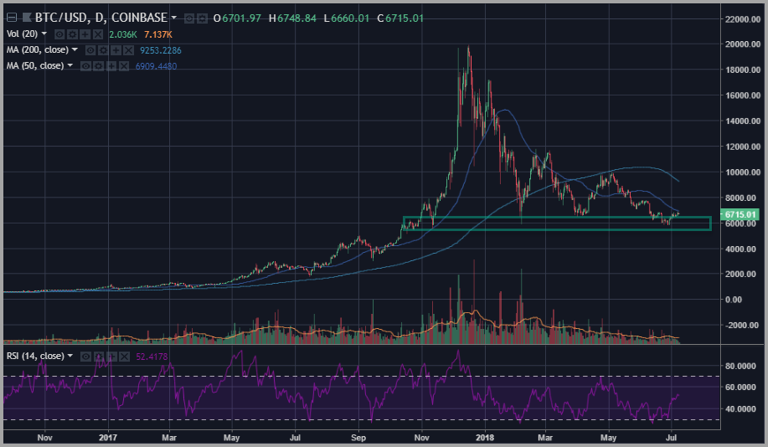 Naturally, for much of the general public, Bitcoin is somewhat synonymous with the cryptocurrency complex. In a sense, it functions as almost a major index or average – like the S&P 500. While this is far from true in any literal sense, the correlation framework that defines cryptocurrencies in general often reinforces this intuitive notion perhaps more than it should.

Hence, whether justified or not, in many important ways it is hard to get away from the sense that, as Bitcoin goes, so goes crypto.

As such, when we take a close look at the Bitcoin (BTC) chart, we are looking at the defining trend for the complex as a whole. And that trend is quite clearly “down”, and has been for the better part of the past eight months.

Without question, the key level to appreciate here is the $6000 level. In terms of closing prices, this level more or less held as key support back in early November of last year, before the most significant and maniacal portion of the Bitcoin bubble sprint higher from mid-November to mid-December.

This same level also played a significant part in defining the lows that Bitcoin reached in early February of this year. And, as fate would have it, this is just about the level at which we held that key support late last month.

It is not insignificant to note that the lows recorded in BTC in April 2017 – as a final check before the parabolic move higher began – were right around the $1000 level. If one establishes this level as the defining low point in a Fibonacci retracement ruler, then the $6000 level is also a near-perfect 78.6% Fib retracement of the entire bubble run.

However, perhaps the most important point is this: we recently saw a break underneath the March/April 2018 lows, followed by a test of the underside of the $6000 level, further followed by a grinding rally that has now lasted nearly two weeks. This rally has not been accompanied by any true game-changing positives for Bitcoin in terms of news or headline drivers.

This is a bit of a red flag for bears holding short interest in the BTC futures: a test of new lows that gives way to a sharp rally on no new bullish catalysts can often be a sign of a selling exhaustion point.

Hence, one may make a case that the BTC chart is beginning finally to carve out the ingredients of a base under construction. Stay tuned! 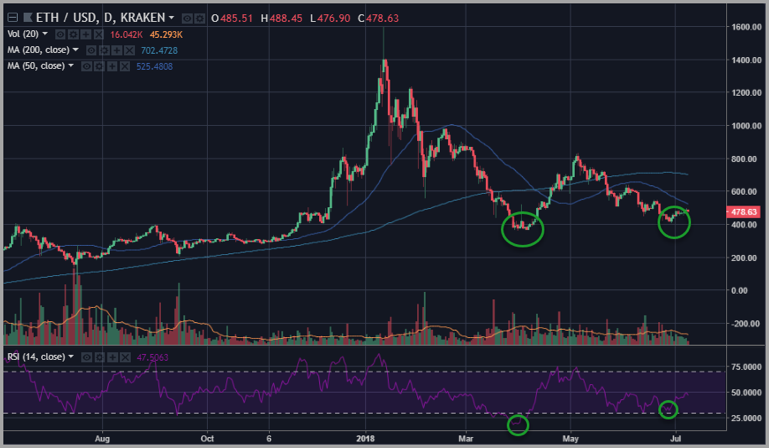 As one might expect, looking at the ETH chart is very similar to looking at the Bitcoin chart. The correlation between BTC and ETH has been quite high since midway through last year.

However, we have begun to see a bit of a divergence in recent action that suggests some favoritism toward ETH during the immediate future as compared to Bitcoin.

The divergence is built off the fact that, while Bitcoin broke beneath its March/April 2018 lows during June trade, ETH held above that same pivot point on its own chart, putting in sharp support at the very important $400 level.

At the same time, Ethereum (ETH) was able to carve out a pivot at an extreme oversold reading on the RSI chart, but a positive divergence relative to the same point on the RSI oscillator seen several months ago at the key pivot low.

While this may signal a potential for bullish action ahead in ETH, it is important that traders not get carried away with the small timeframe signals.

The fact still remains that, in the case of both of these coins, and in the larger case defining the crypto landscape in general, we are dealing with charts that are mostly still solidly underneath their major moving averages, with many of them moving underneath downward sloped averages.

In such a situation, the odds don’t favor aggressive long positioning until some level of further technical confirmation starts to rear its head on the charts.