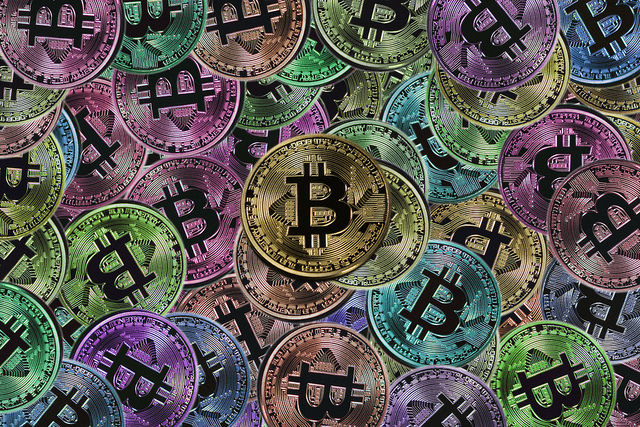 As we move into the second quarter of 2018, the cryptocurrency market struggles to revive from the bearish trend observed largely in the first quarter of the year. Even though the cryptocurrency market in 2017, when seen holistically, had major successes mainly, the talks of regulation and banning of cryptocurrency exchanges in many countries (like South Korea and China) has had a massive impact on the market. The effects could be clearly seen in Q1 of 2018. The price of Bitcoin had fallen by nearly 40% and everything for the crypto coin was looking bleak. The cryptocurrency world is known to feature an extremely liquid market but Q1 had seen a ‘steady’ decline. When thinking about the ‘fall’ of Bitcoin, two questions mainly come to the mind.

Is the craze about Bitcoin dying?

Most of the news articles on Bitcoin was talking about its fall in price in 2018 Q1. In fact, the early April Cboe report says that Bitcoin will largely continue to feel the bearish pressure in the second quarter also. Why this sudden unpopularity? Are people losing faith in Bitcoin? Do these questions answer the drop in price? The price of Bitcoin at the time of writing is approximately $6860.68 USD (as of 11th April 2018). This is a massive drop when compared to the Q4 prices of Bitcoin in 2017.

Or do these new coins have too good a whitepaper?

A large number of articles have been written about crypto coins like Ripple, EOS, Tron, and Stellar. They have been making headlines with news of new partnerships, solving transaction issues in daily life and so on. According to some experts, that the exponential increase in the number of ICOs and many new coins emerging on the block have reduced the popularity of Bitcoin. But, when the success of newcomers like Ontology is taken into consideration, they cannot be really put to blame. The coins listed below are focusing on practical purposes and can even be said superior to Bitcoin in one way or another.

Ontology: Ontology (ONT) had entered the market as a crypto coin hardly a month ago. ONT has actually made it to the 21st position on coinmarketcap.com within such a short timeframe. The price of ONT at the time of writing shows $4.40 USD (15.88%) approximately. The focus of Ontology is on incorporating businesses from all walks of life into the world of blockchain technology. The platform of Ontology will allow businesses with no knowledge of distributed networks take advantage of the blockchain technology. The distributed trust system of the platform has indulged multiple trust types using various databases and blockchains. From its whitepaper, “Multisource identities and multi-source data exchange protocols have been implemented into the network, building a distributed trust system that is cross-chain, cross-industry, cross-system, cross-application, and cross-device.”

Bytom: Launched in the market on 9th August 2017, Bytom (BTM) currently ranks 28 in the coinmarketcap.com website. At the time of writing the price is nearly $0.60 USD (14.60%). The platform of Bytom is considered to be the “intermediary link” between generalized blockchains and specialized blockchains. It aims to bridge the distance between the physical and the digital world. The objective as stated on the official website of Bytom, “Bytom is an interactive protocol of multiple byte assets. Heterogeneous byte-assets (indigenous digital currency, digital assets) that operate in different forms on the Bytom Blockchain and atomic assets (warrants, securities, dividends, bonds, intelligence information, forecasting information and other information that exist in the physical world) can be registered, exchanged, gambled and engaged in other more complicated and contract-based interoperations via Bytom.”

DigixDAO: It seems that while many of the cryptocurrencies were going through a rough phase in Q1, DigixDAO (DGD) was gradually paving its way up the ladder. Currently, the coin ranks 33 on coinmarketcap.com and the price at the time of writing is approximately $208.85 USD (2.01%). (As of 11th April 2018) One major reason for its rise is its ecosystem—DigixDAO (DGD) and GigixGold (DGX) tokens. They work hand in hand during platform transactions. Digix is basically an asset-tokenization (gold) platform that has been developed on Ethereum. The Proof of Provenance Protocol (POP) ensures that the records of proof are eternally published using IPFS and Ethereum.

Loom Network: Another coin that was launched in March 2018 in the cryptocurrency market and has improved greatly (currently, rank 154) is Loom Network. At the time of writing, the price shows $0.118 USD (10.85%) approximately. The team is focused on developing Platform-as-a-Service (PaaS) application to solve the scaling issues of dApps on the Ethereum blockchain. Loom Network plans to support different types of dApps that also have their own sidechains. At the moment, the team of LOOM is creating mobile games that will display the unique features of their scalable DAppChains.

Ontology, Bytom, Loom Network and DigixDAO seem to have won the battle with the bearish cryptocurrency market in Q1 of 2018, at a time when top-ranked coins like Bitcoin and Ethereum had shown a major drop in prices.

Why Is IOSToken (IOST) Among One of The Most Hyped Young Cryptocurrencies?