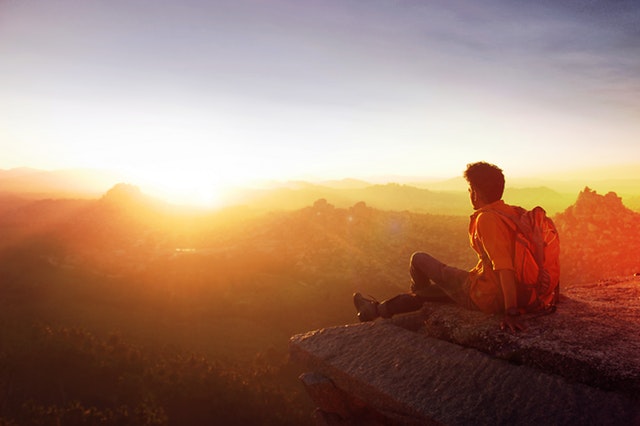 Enthusiasm appears to be coming back into the market on the back of Bitcoin’s recent surge, and it’s now time for traders to re-evaluate the coins that belong in their cryptocurrency portfolio.  A powerful influencer on Twitter recently posted that the current environment feels a lot like 2017 in that micro caps may be setting up for a powerful bull run.  During the past year, I’ve written a lot about the potential that Encrypgen (DNA) has.  And while many other companies have disappointed their token hodlers, Encrypgen continues to demonstrate why its platform will stand the test of time.  As new money continues to come rushing into the market, and Encrypgen continues to exceed expectations, there is no doubt that the DNA token belongs in your portfolio!

Encrypgen’s team, led by David Koepsell, recently announced that the final functionality was completed for the Gene-Chain.  This means that anyone can use their ERC20 DNA tokens to buy and sell data.  Thus far, there have been more than 100 transactions recorded on the Gene-Chain and with the final functionality now in place, that number should begin to increase exponentially.  In January, I read a really interesting article that suggested Encrypgen could become the Amazon.com for genomic data.  That is certainly an ambitious goal but if any company can do it, it’s Encrypgen.

Although the Gene-Chain is completed, that certainly doesn’t mean that the team is done improving the platform.  In fact, there is an exciting new tool coming within the next few weeks that researchers are going to love.  Custom surveys will be added to the platform shortly which will allow researchers to gather additional data from sellers.  This is a win-win for everyone because data sellers will be additionally compensated, and the scientific community will receive additional information that can be used in their efforts to understand and improve medical care.

It’s important to remember that DNA is a utility coin.  This means that the value will be derived primarily from usage on the Gene-Chain.  The more data transactions that occur, the more likely it is that the value of the token increases.  Therefore, streamlining the transaction process as much as possible for researchers and data sellers is of paramount importance.  Encrypgen is doing all it can to accomplish that.

Partnerships are the Key

With the Gene-Chain now complete, Encrypgen’s team can now focus on another massively important task which is to enter into partnerships that will help grow the Gene-Chain.

The company has already entered in a couple lucrative partnerships that began in December, 2018, when Encrypgen signed a deal with Murrieta Genomics.  And then, one month later, Encrypgen did it again by partnering with viazoi.  Both of these partnerships will go a long way toward driving growth of the Gene-Chain and the DNA currency.  But that is only the beginning.

The goal is to have at least 10,000 users on the Gene-Chain by 2020.  But that number can certainly prove to be a low estimate if additional partnerships and deals are signed over the next 6-12 months.  Encrypgen hasn’t disappointed yet so there is no reason to believe they won’t succeed on this front as well.

As many of you know by now, Cryptopia suffered a hack earlier this year.  Since then, the exchange has been working hard to restore security and trading.  The company recently re-opened the website and has also enabled deposits/withdrawals and trading on many pairs.  Unfortunately, DNA has yet to be re-listed but it’s only a matter of time.  While traders eagerly await the return of DNA trading on Cryptopia, there are a few other options in the meantime.  CoinExchange and IDEX are both trustworthy exchanges that traders can have confidence in.  Unfortunately, there isn’t much volume at this time, but that can change quickly with more participation.

Encrypgen is making all the right moves to be the Amazon.com for genomic data.  The technology is second to none, and the growth will almost certainly come with additional marketing and partnerships.  I’ve never been more confident in a token which is why Encrypgen is my top altcoin pick for 2019.

Photo by Abhiram Prakash from Pexels