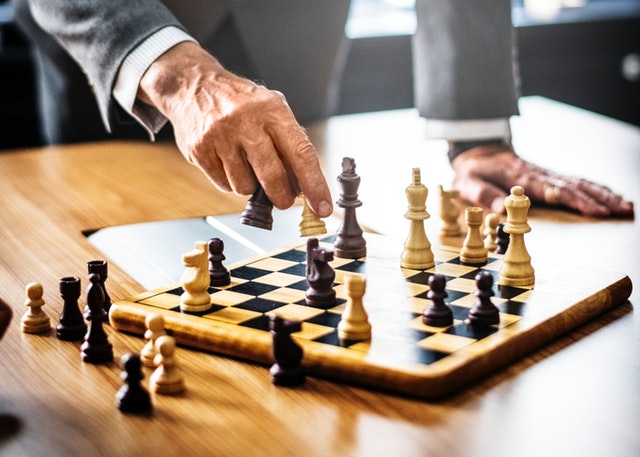 With the business landscape becoming more competitive than ever, executives are in an arms race to take their businesses to the next level.  Often, that involves corporate leaders studying the latest and hottest technologies and applying it to their own businesses.  Right now, one of the biggest buzzwords in business is blockchain.  While blockchain has a tremendous amount of potential, it’s not without fault.  DEXON (DXN) is a next-generation distributed ledger technology that attempts to solve the blockchain trilemma: decentralization, security, and scalability.

DEXON was launched in 2018 by Popo Chen, the co-founder of 17 Media, and Wei-Ning Huang, a former Senior Engineer at Google Taiwan.  The distributed ledger technology uses cross-cutting, interdisciplinary elements from cryptography, applied mathematics, and computer science theories to improve the well-documented shortcomings of blockchain.

The testnet was released in November 2018 which has since reached 12,000 TPS with fast finality.  Previously, the fastest cryptocurrency was Ripple (XRP) at approximately 1,500 TPS.  The success was extremely impressive, and even more so, now that DEXON’s mainnet launched on April 25, 2019.

One of the most important aspects of evaluating new technology is to look at the value added.  Examining the key features and benefits of the technology is a must.  These are a few of the positive features of DEXON:

Additionally, there are six key benefits that users should be aware of:

Because of DEXON’s ability to improve upon blockchain’s weaknesses, namely decentralization, security, and scalability, this technology serves as the ideal solution for decentralized applications, more popularly known as DApps.

When looking at DEXON’s strengths, it becomes quite apparent which type of applications would benefit from integrating distributed ledger technology into their platforms.  The first that comes to mind is online gaming.  With the U.S. recently approving gambling, there is sure to be a rush of startups hitting the market.  We’ve already seen several Bitcoin-based offshore books, like Nitrogen Sports, flourish.  DEXON’s high throughput and randomness are two of the key features that online books will be looking for.

Another application that would benefit from DEXON’s technology is a digital assets exchange.  With all the hacks that have occurred at exchanges over the past few years, most recently Cryptopia, incorporating technology that is secure, fast, and low cost would seem to be the prudent strategy.  In fact, according to DEXON’s roadmap, a decentralized exchange protocol is slated for release during the 3rd quarter this year.  This will allow anyone to build a decentralized exchange on DEXON.

There is no doubt that blockchain has taken the world by storm.  While the benefits are obvious, the technology still has a long way to go before it goes mainstream.  In the meantime, it’s really encouraging to see promising technology, like DEXON, attempt to make improvements.

Related Topics:blockchainDEXONDistributed Ledger Technology
Up Next