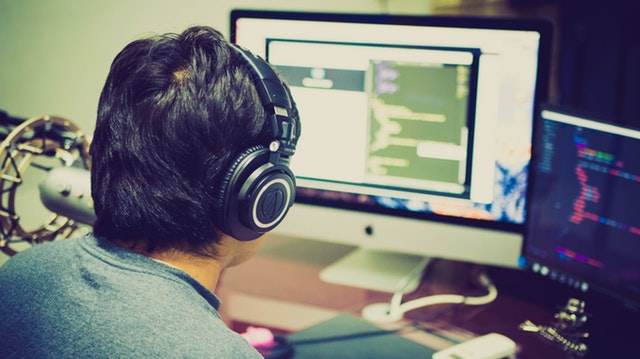 Although February delivered a brief glimmer of hope to crypto traders after BTC surged above 4,000, the euphoria was short-lived.  It appears as though the bear is here to stay for at least the foreseeable future.  Despite the challenging times, there are projects that continue to deliver in the face of adversity.  One very promising company that I have covered before is MobileGo (MGO).

MGO is a smart token that could usher in a new era in the gaming industry.  The token’s purpose is to gamify the eSport platform and incentivize gamers for loyalty and participating through rewards.  The team at MobileGo continues to work on establishing strategic partnerships and alliances (such as with Xsolla), expanding its global reach, and making games available to everyone around the world.

The token has several inherent benefits.  For gamers, it will help facilitate peer-to-peer match play and decentralized tournaments, serving both as a match reward and an entrance fee.  Additionally, MGO token owners will have an opportunity to generate additional discounts good toward purchasing in-game content.

Game publishers and developers will also reap the benefits of the MGO token.  Game publishers have the option to be paid in MGO, which has several major advantages of traditional FIAT, including the speed of processing payment requests.

One of the things I like most about MobileGo is its relentless pursuit of greatness.  The team continues to align with strong partners and develop enhancements to their platform.  And that is certainly the case after the release of its first open source and complete API.  This API can be utilized by game publishers in order to both accept and distribute payments in MGO tokens.  It can even be integrated directly into games so that MGO can be used as a direct payment method.  That is an absolutely huge development!  All of the code can be found at MobileGo’s official GitHub account.

This new open-source payment API will provide developers and gamers with more options, improved usability, and cost efficiency when using MGO as a payment method.  MobileGo is currently in discussions with several parties regarding the possibility of using the new payment API on their platforms.

Another interesting aspect is that MobileGo can provide developers with a custom API that can be used to increase the fee behind a transaction.  Developers can use that extra fee to fund a specific cause, such as a charity.  If this feature is utilized, a portion of the total transaction cost will be forwarded to the charity of choice.

Ethereum Network Fees Can Be Paid in MGO Tokens

A potential jackpot for MGO is that Ethereum network fees (GAS) can be paid in MGO tokens thanks to the new open-source payment API.  In order to best illustrate how the math works, an example is probably best.  If a gamer makes an in-game purchase totaling 100 MGO tokens, the fee comes out to be 1 MGO.  In this case, the developer would receive 99 MGO after the 1 token fee is paid.  If the gamer covers the fee, then the gamer would end up spending 101 MGO tokens and the developer would receive 100 tokens.

When comparing that cost to the traditional GAS cost of using Ethereum, it is a huge cost saving.  For one transaction it may not seem like a lot but it certainly adds up over time.  It’s another perfect example of why MGO is likely to gain significant adoption within the gaming community.

Just as a word of caution, it’s important to note that the examples of fees and payments presented here are dependent on the ETH network and do not reflect the current/previous/future situations.  They are used solely to provide a clear explanation of the API mechanism.

Due to the rapid speed at which MobileGo is developing and growing, the team has released its official GitHub.  This account will be used to increase the transparency of all the company’s projects.  Up to this point, the following projects can be found on the company’s GitHub:

As the team at MobileGo continues to develop new projects, users can expect additional developments to also be listed on the company’s GitHub.  A few examples of things to look forward to include:

The above are just a few examples of what is expected in the near future.

MobileGo continues to be a shining example of what is possible in cryptocurrency.  Although the team is excelling at every turn, users should feel free to contribute any ideas they might have to the GitHub.  And in an effort to incentivize community activity, MobileGo expects to launch a bounty program that will reward contributors in the near future.  There is a famous African proverb “it takes a village to raise a child.”  Well, in this case, it takes a community to build something great and MobileGo is on the verge of doing just that.