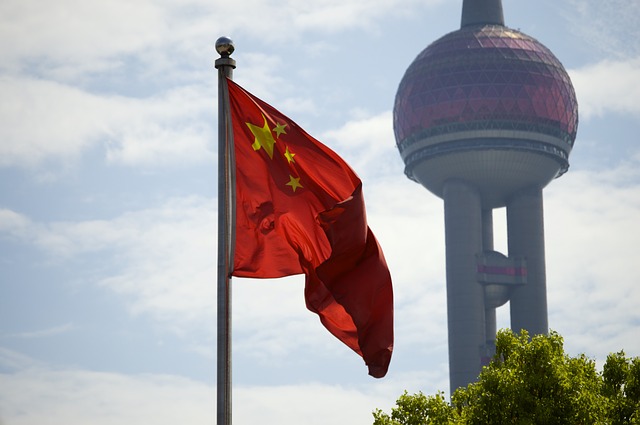 On Monday, China’s Center for Information and Industry Development (CCID), under China’s Ministry of Industry and Information Technology announced its new (sixth) update of the crypto projects. As like from the last time, at the top of the overall list is EOS followed by Ethereum and then comes Bitshares.

However, it’s not good news for Bitcoin as it has been downgraded further to 19th in the rankings. During the August update, Bitcoin was ranked 10th but fell to 16th in September’s update. We’re not predicting that we expect it to fall further during the next update, but it seems as if its overall rank falls in every new update China sends out.

Bitcoin Cash (BCH) is doing well as it has moved up a few positions occupying the 28th spot from last month’s 31st place. At the bottom is NEM which looks like it doesn’t want to surrender its previous position.

In the overall category, as mentioned in the beginning, topping the list is EOS which has proven to be China’s favorite thus far followed closely by Ethereum. EOS was not included in the first ranking issued in May only probably because its main network was not yet online. But after that, it has held the first position with no signing of going down.

According to the CCID, the technology category of ranking the crypto projects accounts for 65%, and it evaluates the technical realization, examines the performance, safety as well as the decentralization of the public chain. According to that category, the top five maintained their positions from the last update, and they are EOS, Bitshares, Steem, Ethereum, and Gxchain.

On applicability which evaluates the comprehensive level of Blockchain’s support for applications such as wallet application, node deployment, application implementation, and development support, the top five positions were taken by Ethereum, NEO, Nebulas, Qtum, and Dash respectively. As per CCID, this category accounts for 20% of the overall ranking.

Regarding creativity which accounts for 15% of the overall ranking and focuses on the continuous innovation in the public chain that includes developer size, code impact, and update, the top five positions were occupied by BTC, Ethereum, EOS, Nuls, and Cardano.

The screenshot of the CCID report page having Ripple as the first in the list of innovative project index. | Source: CCID

The latest ranking index that involves the crypto projects which have the most significant increase in innovation lists Ripple at the top, and then comes Nuls, Lota, Nebulas and Bitcoin Cash respectively.

It’s quite interesting to see how China keeps rating Bitcoin low even though at least 50% of BTC is believed to be controlled from China since that much of crypto-king gets mined there. Of course, Ripple topping the list of most innovative crypto projects is pretty good news for the XRP community who seems to be most active than the rest (to me). Ripple making to the top is well-deserved though since the blockchain firm has proved they actually are innovating in different ways that how people deal with money today.

The primary purpose for the ranking is to be able to assess the development level of the global public blockchain technology scientifically as well as to grasp the trend accurately.

CMC welcomes Litecoin, Bitcoin Cash, and XRP to its platform