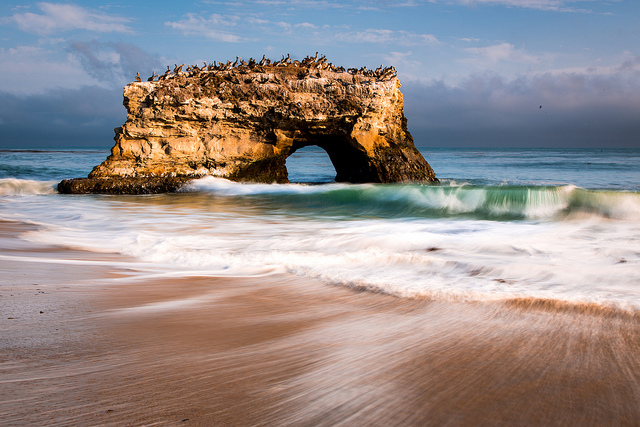 It is no secret that Bitcoin (BTC) has had a rough 2018. The coin has dropped by over 80% from its all-time high in a matter of months, it experienced two market crashes, a constantly bearish market, and even troubles within its own ecosystem. Crypto investors spent the entire year hoping for a surge that never arrived, and since BTC is the most influential coin within the crypto space, its behavior usually dictates the pace for other coins as well.

Then, the year finally ended, and investors believed they could finally start anew, hoping to see BTC perform better in 2019. While Bitcoin is certainly performing better than in 2018, the current state of things is still far away from a rally. However, there is a possibility that this might change in the future.

Projects that could have sparked the next rally

As mentioned, crypto investors around the world were hoping to see a new price surge with the arrival of the new year. So far, this has not happened, and while there were several events believed to be able to boost BTC value, several complications prevent them from occurring.

One of them is the launch of the Bakkt Bitcoin Futures Exchange, which was scheduled to happen on January 24th. However, due to the long-lasting US government shutdown, the exchange failed to receive the green light from US regulators. As a result, they were forced to postpone the launch yet again, until the government issues can be resolved.

Another event that the crypto community was looking forward to was the potential approval of Bitcoin ETFs by the SEC. However, the same problem with the US government prevents the SEC from operating, which eventually led to the withdrawal of the Bitcoin ETF application. Without the SEC to accept or reject the application, under the current laws, the application will have been approved by default. As it was unlikely that the regulators would allow this to occur, Van Eck, SolidX, and CBOE decided that it would be better to withdraw the application and re-submit it under different circumstances.

While this is not the end in the of the struggle to receive permission to launch Bitcoin ETFs — as there are other applications, and there will likely be even more in the future — it is a missed opportunity for Bitcoin to get a boost in value.

Furthermore, many expected that this might damage the price of BTC, which did not happen. BTC drop that followed was barely noticeable.

Despite the two large opportunities that end up receiving another delay, there are still other developments that are expected to occur in the future and help BTC grow in value. One of them happened today, January 30th. This was the launch of Wrapped Bitcoin (WBTC), an ERC-20 token pegged to Bitcoin itself. The token is expected to bring liquidity to the ETH network and at the same time, allow new use cases to BTC, such as access to dApps, DEXes, smart contracts, and alike.

The supply of WBTC will depend on how much BTC is being held by a custody service, and the result is a stablecoin-type token which will make ethereum network become a two-coin network.

Next, there is also a possibility that Bitcoin Lightning Network might go live at some point in 2019, which would have a massive impact on the speed and cost of transactions in the BTC ecosystem. The LN would provide an additional layer to Bitcoin’s blockchain, where traders would be able to establish a network of tunnels. The tunnels would allow traders to send BTC payments which do not have to be recorded on the blockchain, as long as the tunnel is active.

With these projects, BTC will be on the road of receiving additional use cases, achieving better performance, and likely seeing more activity, which is expected to help its price grow.

Will BTC surge on its own?

Finally, there is a possibility that BTC will reach a rally without outside influence, as analysts believe that BTC follows a circular pattern which leads the coin from bearish to bullish period on an endless repeat. While 2017 was in the bullish part of the circle, 2018 was certainly in the bearish one. The next step is expected to be a return to the bullish trend, during which BTC may surge even higher than in 2017.

This theory has seen a lot of support, although it might not occur in this exact way. It should be noted that 2017 was also a year when cryptocurrencies received more exposure than ever before, so a large part of the following surge was pure hype. 2018 was merely a correction that followed after the hype died down. If the new bullish period does arrive, it is possible that the rally will be better-controlled, as the market appears to be more mature now than it was two years ago.

Whatever the case may be, investors around the world are still hoping to see the crypto market shake off the bearish grip and become more profitable for the traders and investors. While this will almost certainly happen at some point, it is unclear when to expect such development.