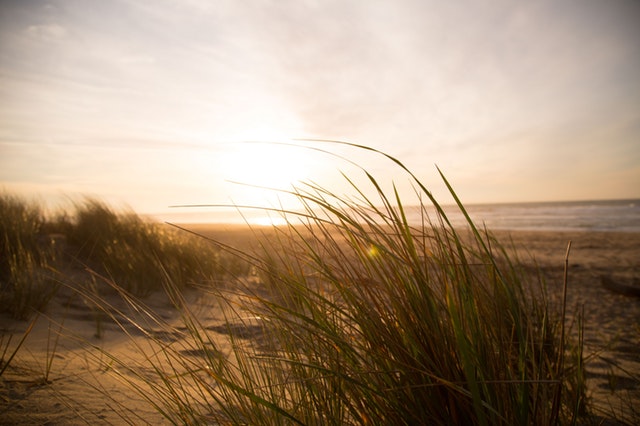 During the past several days, the overall cryptocurrency universe has found the footing ‘slippery’ and trading slightly lower across the board with indecision appearing to be the theme throughout with no real leadership stepping up to the forefront and leading the way. Thus, both investors/traders have been treated to a slightly lower tape awaiting further signs of clues/evidence with respect to direction.

As we’ve monitored the action or lack thereof, we can’t help wonder whether all eyes are peeled on BTC and its next directional move for clarity?

With that said, let’s revisit what we stated a few days ago (last week) when we profiled the technical posture of BTC and what we would need to see occur in order for a potential move in either direction.

“We’re once again in a similar position with BTC forming yet another potential inverted H&S pattern and we ask ourselves the same question today as we did just a couple of Months ago, “Are there far too many eyes (ourselves included) witnessing another replay of the same scene, albeit, just a different time?”

We also noted, “If at any time moving forward, BTC can clear the 9768; 9900 and perhaps more importantly, the 10,112 level/s and capable of holding such figures, the probability for a positive outcome for the developing pattern will certainly provide clues/evidence that the second go-around may just be a success.” 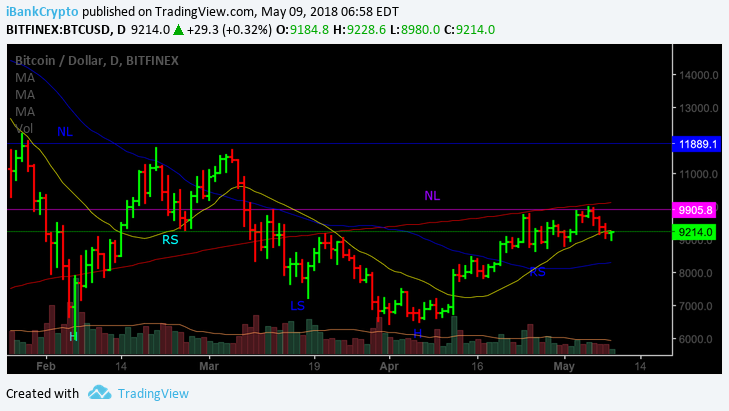 Thus, has the recent attempt of a successful completion out of the inverted H&S pattern resulted in failure yet again?

While some may be of the thought that the answer to such question is in the affirmative, we digress and continue to believe that it’s a bit premature in declaring the recent move a failure, just yet.

Therefore, while our noted top-side levels (9768; 9900 & 10,112) remain hurdles to be cleared, patience is in order as we await the verdict and allow additional time for the pattern to play itself out either favorably or, witness yet another disappointment from a short-term perspective.

While BTC continues in its pattern awaiting resolution, Ethereum (ETH) presently finds itself in a far better technical posture as we can observe below: 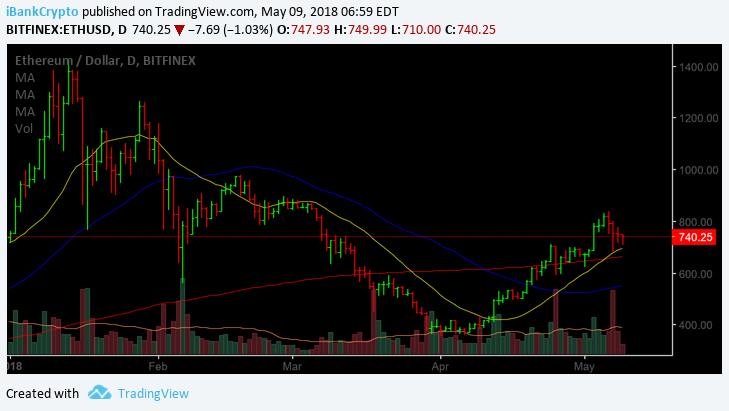 Observing the daily chart above, we can see that ETH is trading above its 20/50 and 200DMA’s respectively, which is indicative of a favorable technical posture.

We can also observe that the 20DMA (yellow line) has crossed up through the 200DMA (red line), while the 50DMA (blue line) is starting to turn upwards, all positive developments from a relative strength standpoint.

Thus, moving forward, both investors traders may want to continue to monitor the action in ETH utilizing the 663 (200DMA) level as potential short-term support, while the 838 as well as the 895-905 zone providing potential headwinds/resistance.

Finally, last week we brought readers attention to IOTA (IOT), where we believed that the action required your attention and eyes as a potential move was imminent, which can be viewed here https://globalcoinreport.com/iota-iot-requires-close-attention-and-eyes/

We noted that, “if at any point in the days ahead IOT can go top-side of the $2.24 figure and ‘stick’, the potential for a move up and into the $2.65 level becomes a viable possibility and if things really heat-up, the next level hanging out there is located at $3.20, while the $1.85 level (20- DMA) acting as both your guide as well as potential short-term support.” 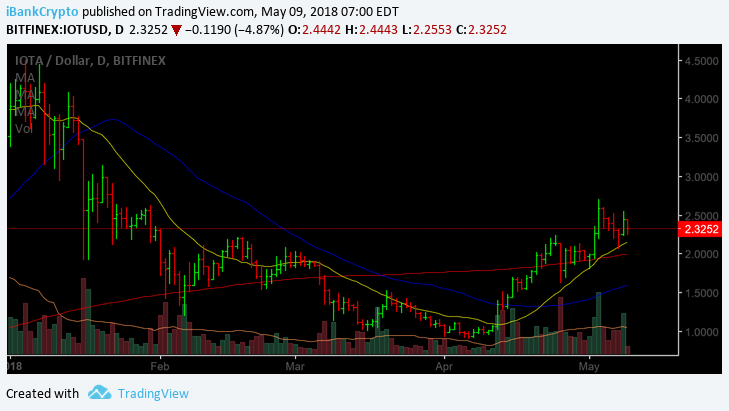 With that said, the action in IOT remains extremely favorable from a technical viewpoint and both investors/traders may want to continue to monitor the action in IOT moving forward as we suspect that the 3.20 level may come into ‘play’ in the not too distant future.

Summing it all up, we await resolution of the BTC pattern development and to which way the wind will blow, while both ETH and IOT continue to suggest a favorable technical outlook.

Related Topics:BitcoinBTCchartingETHEthereumIOTATechnical Analysis
Up Next

Reasons Why SiaCoin (SC) Still is a Good Bet

The Improbable Hero of Crypto World: A Look at Dogecoin’s (DOGE) Future in the Market