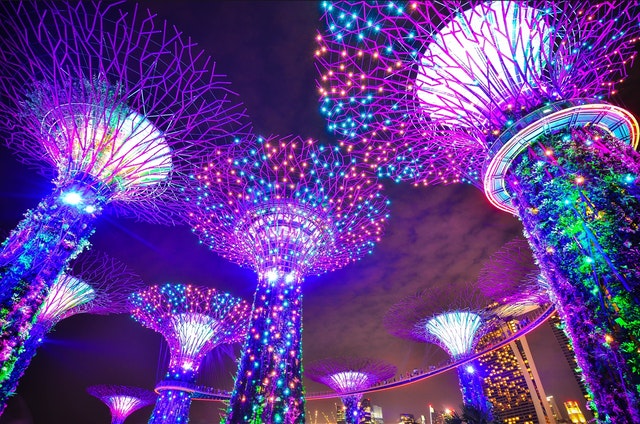 From the moment when cryptocurrencies first appeared led by Bitcoin (BTC), there have been many altcoins which wanted a part of the glory. An innumerable amount of them failed and was pushed aside while the lucky few managed to carve their way through the crypto market. However, among those strong and powerful cryptos, there is also one that came to be as a joke but still manages to survive in the harsh crypto-environment.

What is Dogecoin (DOGE)

Dogecoin (DOGE) is one of the many, many cryptocurrencies that came to be since the crypto fever began. It was created back in 2013 by Jackson Palmer, and it has seen its fair share of ups and downs.

The interesting thing about this crypto is that it first came out as a joke, a response to a Doge meme that was popular back then. Even so, it managed to do something that some professionally designed altcoins did not – it survived.

There are multiple reasons why this particular crypto managed to live as long as it has. For example, it is very practical. It can be accessed through micro-wallets and faucets, and transactions are very cheap, especially when compared to other cryptos like Bitcoin. Besides being cheap, transactions are also very fast.

Another thing that makes this crypto popular is the fun atmosphere that surrounds it. It is a good way to enter the crypto world, and very easy and cheap to mine. This is an obvious advantage over other cryptos which require a lot of resources and even entire mining pools for a single coin.

There are many other reasons why this coin is still alive, including popularity in the east, particularly in China, its close proximity to Litecoin and Bitcoin, as well as great stability and distribution. However, one of its biggest advantages includes a pretty big, still alive and interested community.

As mentioned previously, the coin was present on the crypto market since 2013. This has given it five long years to establish its community, and the coin’s fun nature has done just that. There have been speculations whether its popularity owes its success to the fact that the coin is stable and practical, or if its connection to the online culture is to be blamed.

Whatever it is, Doge has done quite well for itself in terms of its supporters and enthusiasts. It still has a large presence on social networks to this day, and that includes Reddit, Twitter, Bitcoin Talk Forum, and GitHub.

Dogecoin’s coin supply is uncapped, and the coin doesn’t have a real limit. Despite the fact that it is one of Litecoin’s forks, it has a few more parameters that are making it different from LTC. One example is also its block time, which is 2 minute for Doge, and 2.5 minutes for Litecoin (LTC).

Thanks to its inflationary nature, however, this coin might not be the best choice for investors, since there is no guarantee for a return on the investment. Another con when it comes to Dogecoin is that it has become somewhat directionless since its creator left the crypto world. No real work has been done on this coin in a while, and even though some see it as a good thing and a perfect opportunity to buy coins before the updates catch up with it, there is still no guarantee that it will ever be updated.

This crypto has a lot of potentials, that much is not being questioned. However, it would need a strong leadership and some serious work in order for it to become great again. If it could manage to secure that, it might recover from the October’s shakedown which damaged it a lot. Not only that, but it might also rise to become one of the most popular currencies on the market.