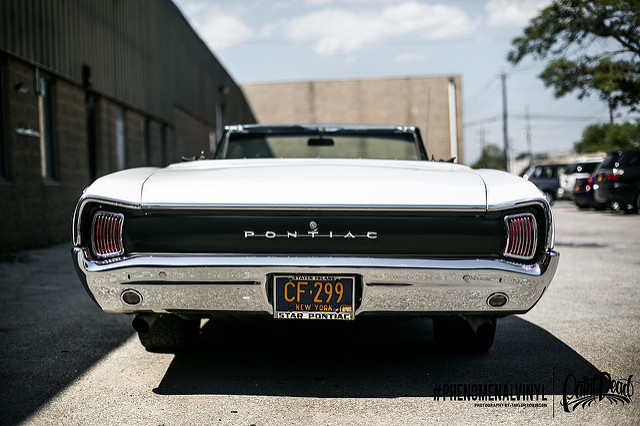 Back in 1Q18 in the January-through-March period, all eyes (including yours truly) were focused on the developing inverted Head-and-Shoulders (H&S) pattern forming with Bitcoin (BTC).

While reminiscing back in time, we couldn’t help wondering at that time, whether there were far too many eyes looking at and anticipating a break into higher ground out of the developing inverted H&S pattern. As the pattern played out, the end result was a failure and down the slippery slope did BTC find itself before ultimately bottoming-out at the 6.4K level.

Well, as it turns out, we’re once again in a similar position with BTC forming yet another potential inverted H&S pattern and we ask ourselves the same question today as we did just a couple of Months ago, “Are there far too many eyes (ourselves included) witnessing another replay of the same scene, albeit, just a different time?”

With that said, let’s take a look at the technical picture and try to determine whether this time around is any different and whether both investors/traders may be treated to a better result. 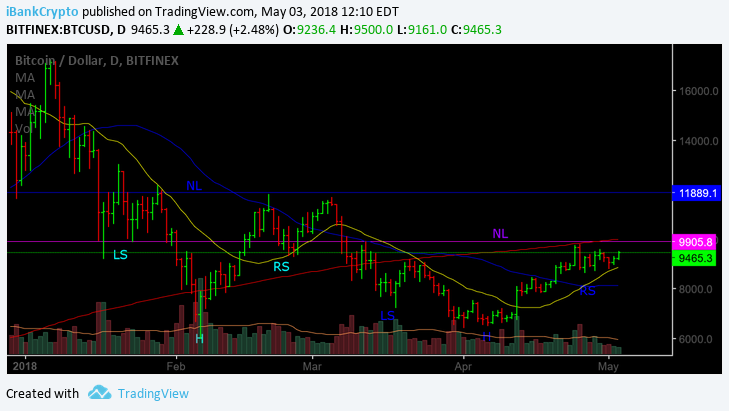 As we can see from the daily chart above, BTC was forming the noted inverted H&S pattern back in 1Q18. We can also witness that the pattern failed at the Neckline via the dark blue line despite BTC trading above all of its important moving averages (20/50/200DMA’s) and subsequently, was treated to a rather harsh sell-off down to the 6.4K level.

Fast forward to today, and here we are once again with BTC forming yet another inverted H&S pattern below its 200DMA yet, trading above both its 20 and 50DMA’s with the Neckline offered via the purple horizontal line.

Thus, are we setting up for yet another disappointment or, will the second time around be a charm for BTC?

While it’s far too premature to declare, moving forward, both investors/traders may want to focus their attention on the following levels for further evidence and clues.

If at any time moving forward, BTC can clear the 9768; 9900 and perhaps more importantly, the 10,112 level/s and capable of holding such figures, the probability for a positive outcome for the developing pattern will certainly provide clues/evidence that the second go-around may just be a success.

If, on the other hand, BTC is unable to clear the 10,112 level and hold, or, perhaps more importantly, witness upside ‘Follow-Through’, BTC may just find itself on the receiving end of a similar result as we witnessed back in 1Q18.

Nevertheless, the inverted H&S continues to develop. We await the verdict. While it was six times – 6X a charm for Vinny in the film “My Cousin Vinny”, perhaps BTC will fair better in its second attempt at delivering the goods, producing a happy ending.

Reddit Plans to Provide Support for Litecoin (LTC) and Ethereum (ETH) Payments, as well as to Accept Bitcoin Again