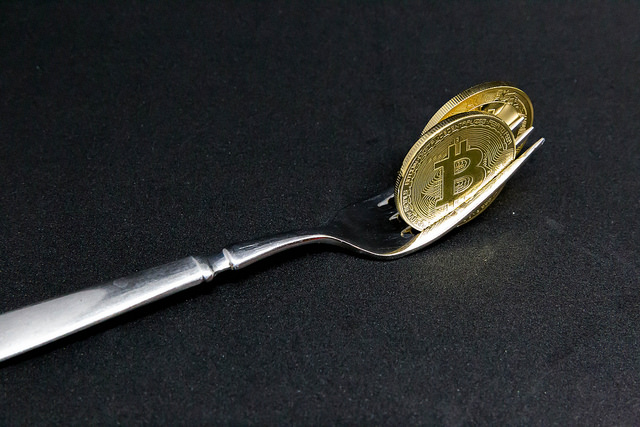 Today, we are going to discuss about another altcoin that has very recently delivered outstanding returns to coin holders.

We are referring to Bitcoin Gold (“BTG”), a new “hard fork” of the Bitcoin (“BTC”) that started trading in October 2017.

For those who don’t know, a “hard fork” occurs when coin developers need to add new features to a cryptocurrency that create incompatibilities between previous blocks and the new ones.

This means that a new cryptocurrency is generated and it will not be able to execute transactions with the previous version.

BTG and Bitcoin Cash are considered “hard forks” of the Bitcoin.

Have a look at it:

For those looking for the economic sense of things, a “hard forks” generally is intended to increase the amount of supply in the coin market. The new rules usually open new mining opportunities so that the amount of cryptocurrencies increases in the medium term. As a result, the price of “hard fork” coins is lower than the previous version.

But, the increase in supply does not mean that coin returns cannot be obtained from the new coins generated. In our experience, sometimes they are even more profitable than the previous versions. The BTG is a clear example.

Since its inception on October 23, 2017, its price has increased from $120 to hit at some occasions the resistance of $420. This means that some market participants could have received more than 300% returns in less than one month.

Please have a quick look at the following analysis before we discuss its main points: Chart for BTG from https://www.tradingview.com

As it always happens in the market, the top has been announced by large spikes in volume. When the price touched the resistance of $420, we could see that big sellers are shown up in the market pushing down the share price. This pattern was seen on November 10, 2017 and on November 25, 2017.

The same rationale applies to bottoms. When the coin price touched a low point close to the $100-$140 range, the buyers lined up.

So, what will we be looking for in the future to identify price reversals? Spikes in volume.

Now, we move to the current situation; as of November 30, 2017. The coin price tested the resistance of $420 once again, but sellers showed up and the coin price declined. In our opinion, the price may continue falling down until the level of $290 is reached. We expect demand for coins to appear at that price, which could again send the price higher.

Be careful readers if you don’t appreciate buyer demand in the lows of $120. If buyers are weak, the coin price could continue its downward trend and create a lot of pain.

Why was BTG created?

The initial idea of Bitcoin was having a decentralized system. Satoshi Nakamoto, the founder, believed in a BTC system, wherein each CPU has one vote. The fact is that, as it happens most of the times in financial markets, most Bitcoins are nowadays controlled by a few big entities that are sometimes using “abusive practices” against members with no bargaining power.

Changing the algorithm from SHA256 to Equihash to create BTG will offer new opportunities for people around the world to be part of the mining community.  As noted by the official BTG’s website, the new project builds “a more decentralized, democratic mining infrastructure, which is more resilient and more in line with Satoshi’s original vision.”

Demand – Many Exchanges are supporting the new coin

We were glad to find out that there are many exchanges that became interested in the BTG. Have a look, the list of institutions seems to be large: The fact that many exchanges are working with BTG is something we appreciate much. We believe that this demand and market recognition of BTG should positively affect the coin price in the long term future.

Currently trading with a market cap of $4,969 billion, BTG is an exciting story among cryptocurrencies. The fact that the market capitalization is so large means that market participants are expecting the growth and acceptance of the BTG to be large.

We believe in the future of this project, but we also expect a lot of volatility in the market, which will be reduced as more miners join the team and more coin holders are willing to accept BTG.

We will be updating our subscribers as soon as we know more. For the latest updates on BTG, sign up below!

Will NEO Rise Or Crash Amidst Bubble Burst Talk?