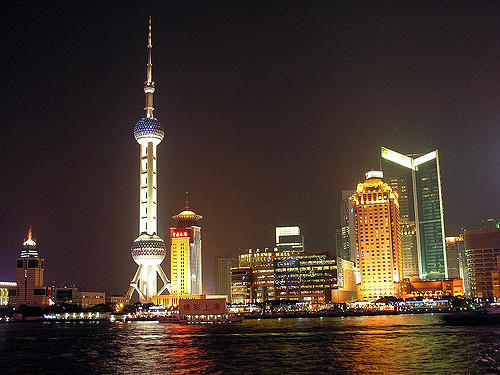 NEO, the Chinese Ethereum, is making a push for the $40 mark after coming under pressure in recent trading sessions. Things took an unexpected turn late last month, after the cryptocurrency came under immense selling pressure, on touching record highs of $48.

Short sellers took advantage of a lack of interest from buyers and pushed NEO to lows of $22. The cryptocurrency has since bounced back and is currently trading at a key resistance level. A close above the $40 mark could see the digital currency making a push for the $48 mark.

The recent pullback appears to have created a buying opportunity for buyers who have been on the fence about pursuing investments around cryptocurrencies. It awaits to be seen if the momentum is strong enough, to push NEO above the key resistance level.

There is solid momentum as NEO continues to trade at the $40 range. However, it is unclear if it can be sustained for a few days or weeks given the level uncertainty in the sector. The worrisome part now is that the cryptocurrency has been losing ground compared to Bitcoin.

NEO’s 24-hour trading volume currently stands at about $92.4 million. It is not the highest when compared to Ethereum and bitcoin. However, the cryptocurrency continues to outperform a number of other cryptocurrencies.

NEO’S solid performance mostly has to do with its listing in Bittrex which is well in front of Bitfinex and Binance when it comes to trading volume.

Concerns that a bubble burst could be in the offing in the cryptocurrency sector is one of the reasons why most cryptocurrencies have come under pressure in recent trading session. NEOs founder Da Hongfei has already admitted to their being a bubble in the sector.

“I would say that there is a bubble in this industry, but would say it’s OK,” he explained on the network’s Capital Connection segment. Every technology that is so disruptive – there’ll definitely be bubbles, like the train or the automobile,” said Mr. Hongfei.

The sentiments follow the rapid rise in bitcoin price to record highs of $11,000. The breathtaking rally has already aroused concerns that the cryptocurrency is overvalued and that prices could collapse soon. According to Hongfei, a collapse will not be entirely bad given that most cryptocurrencies are likely to come back bigger.

JPMorgan CEO, Jamie Dimon has predicted that bitcoin will rise to $20,000 before bursting and losing its value. The sentiments have consistently affected investor sentiments on various cryptocurrencies seen by unusual price spikes on huge volume.

Investors have already gotten a taste of what it could be like in case of a crash. A ‘flash crash’ on one of the worlds largest cryptocurrency exchange left investors demanding for answers. The prices of NEO, OMG, and ETP fell 90% last week underscoring how things in the sector can go south anytime.

The price crash forced Bitfinex to close positions of many traders who had placed leveraged trades as a way of preventing further losses. NEO investors among others took to Twitter, Reddit, and Medium to air their distress. The crash highlighted the high-risk nature of cryptocurrencies that have seen their market value balloon $300 billion this year alone.

One thing that is working for NEO amidst the level of volatility in the industry is its trading volume. Demand for the Altcoins is extremely high compared to others. Nearly $300 million worth of NEO coins has already exchanged hands, larger than a majority of the top 10 cryptocurrencies.

Taking into considerations the trading volume, NEO will be one of the Altcoins facing an uphill battle as fears continue to grip the cryptocurrency market. With Bitcoin hitting new record highs, a similar performance is also expected of NEO. Any upheaval on bitcoin upward momentum could spill over affecting the Altcoin as well.

NEO is most of the time compared to Ethereum because it has the potential to compete with the second most popular cryptocurrency. If the performance of Ethereum and bitcoin is anything to go by, then NEO could double in price.

It is only in the summer that it was trading for pennies. Between July and mid-August, its price jumped 500% an indication of what could be at stake as long as the momentum continues to build on cryptocurrencies. NEO with its blockchain technology can handle up to 1,000 transactions per second which can be optimized to over 10,000. In contrast, Etherum can only handle 15 transactions per second.

If no unforeseen upheavals disrupt the current momentum, NEO could rise to highs of $120 according to analysts. However, the upward momentum is highly susceptible to changes in Chinese regulations whose impact have already been felt in the past.