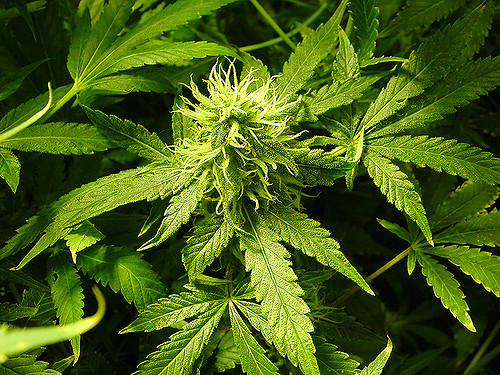 The original purpose of creating CannabisCoin was to enable recreational cannabis users to purchase cannabis in exchange for digital coins. In 2014 it was even determined that one CANN would be worth one gram of cannabis, as a part of “Yes We CANN” campaign.

Going over to 2017, three years after the proclamation that one coin will be dealing with 1 gram of cannabis, a lot has happened for this digital currency. Although small and still in the shadow of big guys in the world of cryptocurrencies, thanks to the Cannabis community, this token is always alive and well. What is currently going on with CANN and how is the legalization of recreational weed in California, brought by the government on the first day of 2018, affecting this digital coin?

Although CANN is less likely to compete with currencies such as Litecoin, Bitcoin or Ethereum, it seemed like this currencies purpose was only focused on enabling Cannabis community and cannabis users to purchase cannabis without third parties involved. Given that recreational weed is barely legal anywhere except for California and Amsterdam, many people found this way of buying marijuana more than satisfying. That is where the initial interest for this coin begins.

We can easily compare it to DogeCoin when it comes to collecting general interest and engaging audiences and investors. DogeCoin was somewhat made as a tribute to a well-known internet meme icon Ishiba Inu, better known as Doge. As these two coins are firmly focused on narrow circles of potential users and investors, it is easily assumed that DogeCoins were initially purchased and invested in by fans of Doge meme, while CannabisCoin was the most exciting investment for cannabis community and cannabis users that found this tribute to their favorite plant an excellent investment as well. As these targeted audiences started to invest in something that initially seemed like not much of an investment, the value of these coins began to increase, so these digital currencies consequently started to receive broadened general attention.

But, while DogeCoin was praised as a cute and funny tribute to the internet’s most famous dog, CannabisCoin was ridiculed. That status was about to expire when CannabisCoin reached 420 place on the ranking list of all cryptocurrencies available on the market, which also must have made more than a couple of cannabis users chuckle. Why? Well, in case you didn’t know, 420 is internationally accepted code for marijuana, which seemed like a joke. But, 420 rank among all existing cryptocurrencies is anything but a joke, as this status showed that although initially intended for purchasing cannabis as a peer-to-peer tool, CANN indeed showed potential for having a bright future when competing with other digital coins.

Although CANN is not the only digital token intended for purchasing cannabis, it is most certainly the most significant and most valuable of them all, also drawing a title of most popular cannabis coin. 2017 thus seems to be pretty favorable for CannabisCoin and all investors that found this coin interesting.

In 2017 we had a chance to hear a lot of promising forecasts when it came to predicting how cryptocurrency market will be doing in the year to come. There were a lot of promises and positive predictions for value increase for over 100 of different digital coins, and so it was for CannabisCoin.

With the legalization of recreational marijuana in 2018 and with being brought to 420 ranks on the list of top digital coins only two weeks ago, cannabis community along with cannabis users and investors in CANN predicted that this digital coin will inevitably get an additional increase in its value.

But, that is now exactly how things were going as CannabisCoin lost -12.14% of its previous value at the beginning of 2018. That means that this coin is now currently being traded at 0.27$ per one CANN coin with the current market cap of 21.3 million dollars.  However, the most significant price this currency sold for is 0.3$, showing a potential for initial increase.

Given that recreational weed became legal just a couple of days ago, CannabisCoin became the most significant cannabis coin and at the same time a potentially excellent investment, especially if other states follow up with California and get onto legalization of recreational and medical marijuana.

Whatever the case will be in the year to come, CannabisCoin will undoubtedly remain at least as strong as it was in the last month of 2017, as it has the biased support of cannabis community and cannabis users who believe in the potential of this rising digital value.

We will be updating our subscribers as soon as we know more. For the latest on CANN, sign up below!

This Company Is Helping You Get Paid For Your Genetic Data