“By connecting the traditional financial markets with crypto, Sologenic will bring a significant volume to the crypto markets. The role of the Sologenic ecosystem is to facilitate the trading of a wide range of asset classes such as stocks, ETFs, and precious metals using blockchain technology. Sologenic is an ecosystem where users can tokenize, trade, and spend these digital assets using SOLO cards in real-time. The ultimate goal is to make Sologenic as decentralized as possible, where CoinField’s role will be only limited to KYC and fiat ON & OFF ramping,” said CoinField’s CEO Bob Ras at the launch of the IEO. 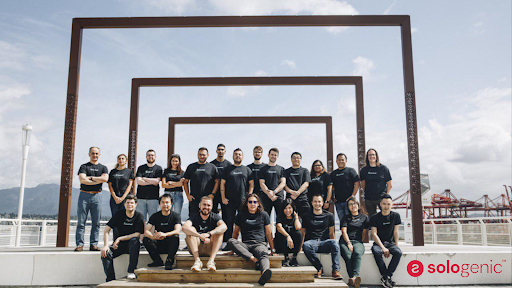 Sologenic, the brainchild of CoinField in development for about a year now, is an ecosystem built on top of the XRP ledger that merges traditional financial markets with crypto assets. The platform will tokenize over 30,000 stocks and ETFs from top global stock exchanges.

In November 2019, the Malta AI & Blockchain Summit nominated Sologenic as “Defi Project of the Year.”

Also in February, Sologenic introduced a new bounty program for developers or businesses to help grow the XRP ledger.  The SOLO core team has also collaborated with XUMM and XRP Toolkit. Both XUMM and XRP Toolkit will integrate SOLO tokens and all Tokenized assets (Stocks & ETFs) onto their platforms. XUMM is a platform developed by Wietse Wind’s team, XRPL LABS.

One doesn’t need a degree in economy and finances to see what kind of difference cryptocurrency could make for this situation alone. At the moment, migrant workers are losing about $25 billion in money transfer fees. There are still some remittance corridors in remote parts of Africa where the cost of money…