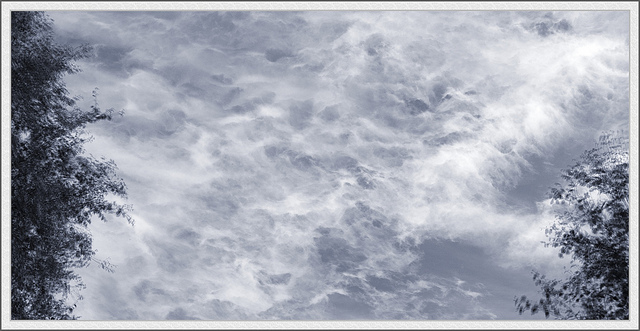 Right from the beginning of this year, the whole cryptocurrency market has been going through significant turmoil due to Bitcoin’s frequent price fluctuation. Bitcoin, being the most popular cryptocurrency with the highest market capitalization, affects a considerable number of Altcoins including its forks like Bitcoin Cash, Bitcoin Gold, etc. and eventually the entire cryptocurrency market suffers plummeting downfalls.

Under the circumstances, investors around the world are inclining towards the currencies that remain relatively unaffected by such fluctuations. DigixDAO (DGD), a cryptocurrency that was introduced exactly two years ago, certainly belongs to this group of digital coins. Here, a few aspects of DigixDAO accentuating the probable reasons behind its popularity would be discussed.

A Brief Overview of DigixDAO:

DigixDAO was introduced to the trades as an initial coin offering back in 2014. Its first major crowd-sale occurred on 30th March 2016 where this coin managed to raise 5.5 million dollars within 12 hours by selling 1.7 million tokens. On completion of this crowdsale, DigixDAO was readily tokenized and listed on Coinmarketcap as a legitimate and tradable cryptocurrency. This cryptocurrency blockchain offers two different tokens to the traders namely DGX and DGD.

Unlike other digital currencies, DigixDAO uses a Proof of Asset technology. The uniqueness of this technology is that the process involves the recording of a certain asset on the Ethereum blockchain and creating asset cards. These asset cards stored in the Ethereum blockchain contain various data including the timestamp of card creation, gold bar serial number, depository and purchase receipt, audit documentation, due fees, and many more.

DigixDAO is the first cryptocurrency backed by actual gold bars. As gold is one of the most valuable assets in the world economy, the sole purpose of this cryptocurrency is to offer a decentralized system where virtual tokens can be created and traded by smart contracts for certain units of Gold.

This cryptocurrency has gone through a few major developments in the past few days that can effectively change this coin’s future.

a. The release of DigixGold Tokens: One of the main reasons behind this currency’s immense popularity is the release of DigixGold (DGX) tokens. In the month of February, the development team behind DigixDAO (DGD) first announced the launching of DGX tokens which would be tantamount to 1 gram of gold. On 8th April 2018, DGD finally released the first batch of DGX tokens that the traders across the globe have been yearning for a long time. Right after the release, this cryptocurrency experienced a sudden boost in its price. Despite the variety of assets that are currently traded by investors across the globe, gold is still considered one of the most valuable assets. Hence, when a certain token becomes equivalent to 1 gram of gold and available for trading, its coin price and overall market capitalization are very likely to increase. Also, gold being a very stable asset in the world economy, the value of DGX tokens would also be very stable, unlike most other cryptocurrencies.

b. Partnership with Request Network: Request Network is a very popular Altcoin that traders have been using since October 2017. Right from the beginning, this cryptocurrency has been exhibiting a steady upward trend. On 10th April 2018, Request Network engaged in a collaborative partnership with DigixDAO. Due to this partnership, both of these currencies are likely to be benefitted significantly. Request Network offers a decentralized platform where the users can send and receive invoices from different parts of the world. From now on, DGX traders would be able to send and receive invoices using DigixGold tokens. This will invariably increase the overall circulation of DGX tokens and escalate its popularity among investors.

According to the roadmap of this coin, the two updates mentioned above are just the tip of the iceberg. DigixGold has been implementing implement several other innovative features for the convenience of their users for quite some time. Some of these features are:

As mentioned earlier, the release of DigixGold has caused a considerable price surge for this currency. At the moment, DGD has a market capitalization of nearly $417 Million with a coin price equivalent to approximately $208 (as per the data gathered on 12th April 2018). The coin currently holds the 33rd position on Coinmarketcap.

As the persistent downfall of Bitcoin continues, many traders are losing interest in this cryptocurrency and inclining towards other coins. Under the circumstances, DigixDAO can be a perfect alternative to the investors. For people who despise the volatile nature of cryptocurrencies in general, DigixDAO would certainly put them in a comfort zone as its price depends on gold, one of the most stable and valuable assets in the world. If DGD continues to impress crypto-connoisseurs with its new features and development, a decent position in the cryptocurrency chart is likely to wait for this currency by the end of this year.

We will be updating our subscribers as soon as we know more. For the latest on DGD, sign up for our free newsletter!