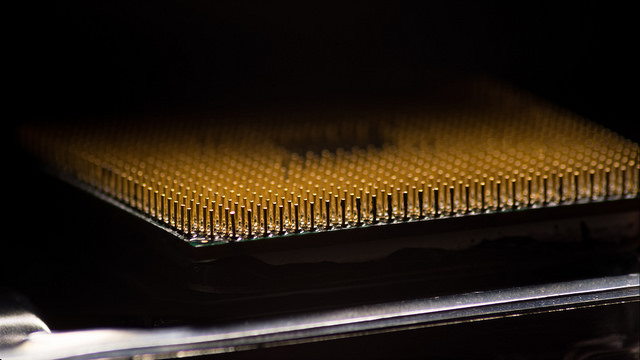 In the world of modern technology, computers have become one of the most powerful tools. In spite of its amazing uses, in most PCs, at least one core processor remains idle for quite some time. Golem (GNT) gives you the opportunity of utilizing such idle power.

Golem is a CPU power renting network combining the computational resources that are not utilized in any specific computer. It is a peer to per app, which helps users to trade computer power for security tokens.  It can be considered as a most promising platform that gives you the opportunity to avail additional computer power on pay to pay basis.

This power will be taken from the idle resources on your computer and you will be paid for letting Golem use those resources that are not utilized or remain idle. It is in 2016, that the project held its first token sale of GNT and it raised 820,000 ETH which worth at least $340 million (as of 10th April 2018) and this is considered as one of the most earliest Ethereum applications.

It is true that the project is still a bit far away from reaching its goal of creating a worldwide supercomputer, however, the Mainnet launch is considered as one of the most important steps in proving the underlying architecture and the Ethereum itself.

As the current format suggests this service enables the computers to rent unused CPU power. This process happens by creating computer-generated imagery (CGI) using Blender which is open source software that is widely utilized for creating animated films, visual effects, interactive 3D applications and video games. Its working process includes the swapping of computational power for GNT through an interface which directly connects to the Blender.

Golem Brass Beta is generally considered as an effort to test if it is able to function in real market conditions with real money as Julian Zawistowski further added: “We have to see how it behaves in the wild”.

Currently, Golem works through a software client that assists in connecting the two parties in Golem’s network- one is the “providers” who sell the resources of the computers and the other is the “requestors” who want to rent CPU power. The providers are allotted to have small tasks or “subtasks” that went together for creating a full computational picture. As Zawistowski said, “We send those subtasks over a peer-to-peer network where peers compute them, return the results for you and connect that into one piece and pay for the use of the other peoples’ computers.”

He further mentioned that all the interactions will be made directly between nodes on the network and it is not made on a blockchain itself. Golem is using Ethereum not only for its token Golem (GNT) but also for consensus on GNT transactions. However, as for now the primary function of the Mainnet launch is only to assess the economic assumptions of the network and appealing to the early adopters to provide feedback on usability or other issues. As Janiuk mentioned that Golem should work up to a point where it can be perfect and self-contained and “… modular and you give it a computation and it’s done in a matter of seconds,”

The future goal of this project is to create a dedicated plugin for Blender so there would be no extra step for using Golem’s service through using the application. The more ambitious issue lies in the fact that it allows the network to provide computational resources by seeking it from the artificial intelligence that is called machine learning as Jainuk mentioned it that they are trying to move the direction of machine learning as “it is suited to Golem pretty well.”

Golem, that is considered as one of the most popular ERC20 tokens in cryptocurrency market is predominantly acting like an Airbnb for the computing power that can be rented. However, as far as the project is concerned Janiuk commented that interfacing with Ethereum appears to be quite easy and “straightforward” but when you move into the production it comes out a bit difficult. However, he further assured that “it is as bulletproof as possible; there can be no holes because you’re risking someone else’s money.”

It is true that the project has faced some sort of complications like it has become extremely difficult to develop different types of computations. Another big issue is that it is facing some problem with building it on Ethereum. But there is still a ray of hope as the developers are trying to resolve the issues as Zawistowski mentioned “Very often you have to invent the wheel to solve your problems. Not reinventing the wheel, but actually inventing the wheel.”

We will be updating our subscribers as soon as we know more. For the latest on GNT, sign up for our free newsletter!

DigixDAO (DGD) Is Becoming a Popular Altcoin in Market Unrest