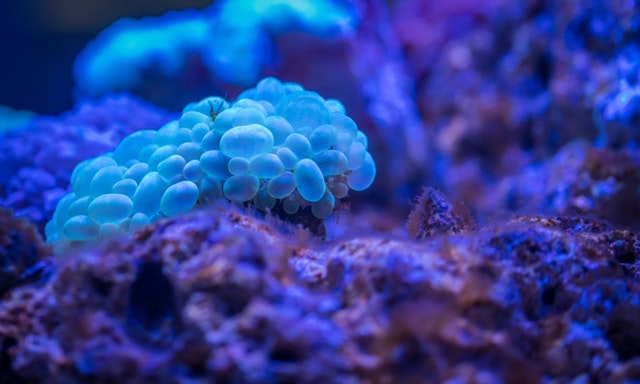 Crypto investors have had an extremely rough year.  Losses have been massive and it’s unclear when the bear market will end.  One of the biggest reasons behind the precipitous drop in token prices has been due to companies not achieving what they promised.  At some point investors need results.  One company that is bucking that trend is Encrypgen (DNA).  Back in August, Encrypgen launched the beta version of its Gene-Chain.  And now today, Encrypgen will officially launch version 1 of the world’s first blockchain genomic data marketplace.

Back in August, when the beta version of the Gene-Chain was launched, the DNA token price soared by approximately 60% at its highest point.  And that was just a beta version.  It’s very possible that the launch of Gene-Chain version 1 will cause an even bigger spike.  And that’s because of a new feature called “buy now.”

The DNA token is a utility token.  In a nutshell, that means that the value of the token will be determined by real-world usage.  With the implementation of the buy now feature, researchers and scientists will be able to purchase DNA tokens directly on the platform.  Those DNA tokens will come directly from Encrypgen’s inventory of approximately 3 million.  As that supply diminishes, Encrypgen will then have to go to the exchanges, such as Cryptopia and Kucoin, to buy more tokens.  Another possibility is that researchers will bypass the company and just go directly to the exchanges to buy tokens.  Either way, it’s clear that Encrypgen has reached the point of utility and traders can begin to expect a significant run-up in the token price.

As mentioned earlier, Encrypgen has now launched the world’s first genomic data marketplace.  So, while there are some competitors, they are years behind.  The main competitors include LunaDNA, Nebula Genomics, and Shivom.

LuncaDNA: Luna is no longer interested in a cryptocurrency.  Instead, they have decided to award shares in a public benefit corporation to data donors.  While it’s probably a safe move from a regulatory point of view, I think it’s a bad long-term plan.  A spendable currency is significantly more valuable than shares.  Cryptocurrencies offer anonymity while shares do not.  And further, Luna has yet to announce any sort of timeline for its platform.

Nebula Genomics: Nebula has managed to build an impressive company with one of the best teams in the business.  The company is promising to use blockchain but has oddly decided against doing an ICO (at least for now).  Instead, they will likely do a token generation event with a minimum required purchase of $50,000 (leaked via Telegram).  The founder of Nebula, George Church, is well respected in the industry.  However, there is a potential conflict of interest.  Mr. Church owns a sequencing company called Veritas.  The tokenomics model is questionable and it’s unclear how Nebula plans to make money.  Therefore, it’s entirely possible that Nebula’s purpose is to help sell Veritas tests.  Great for Mr. Church but not all that wonderful for investors.

Shivom: Although Shivom was able to raise a great deal of money in their ICO, the company has some issues.  First, a company that helped promote the sale in Australia is facing a $2 million lawsuit.  Second, Shivom’s registered agent in the Isle of Man has resigned.  Third (and most importantly), Shivom has yet to even produce an alpha platform.

As traders can see, these 3 competitors above certainly should be acknowledged but there doesn’t appear to be much cause for concern.  Encrypgen is certainly the undisputed leader of blockchain genomics at this point.

Genomics is currently one of the hottest spaces around and is forecasted to grow to at least $24 billion by the year 2022.  This number has already been revised upward several times so it’s entirely possible that the $24 billion is at the low end of expectations.  The industry growth will be driven by an increase in genomic research activities, a rising number of start-up companies, a growing focus on personalized medicine, and an increasing application of genomic sequencing in the diagnostics.

Most traders in the crypto space recognize that only a few of the current cryptocurrencies will exist in 5-10 years.  The ones that deliver will grow exponentially and the ones that don’t will fizzle out quickly.  Traders should be looking for companies that have delivered on their promises and have real-world usage.  Encrypgen checks all the boxes.

Disclosure: I am long DNA

Related Topics:cryptocurrencyEncrypGenERC20 tokens
Up Next