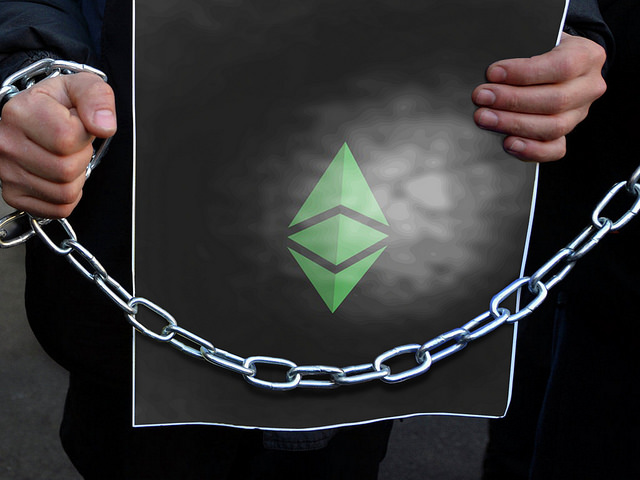 Network congestion is becoming a big problem in Ethereum blockchain network. Reports indicate that as many as 30,000 transactions were put on hold as a result of the congestion debacle. The congestion has been attributed to the cat-trading game, Cryptokitties that has become extremely popular considerably clogging the blockchain.

Bitfinex, one of the largest cryptocurrency exchanges has come under pressure as traffic from the cat-trading game continues to slow down other transactions. Developed by Axiom Zen, the Cryptokitties is a mixture of Pokémon and Ethereum. The game allows players to create, take care, buy bread and sell digital kittens that are in return stored in the Ethereum blockchain.

The Kitties function as cryptocurrency themselves and are traded over blockchain. The game launched with 100 founder kitties, each of which could partner to produce an offspring. Individual kitties can also sire new kitties that can be sold to other players. The Ethereum blockchain will continue to generate a kitty every fifteen minutes until November next year.

The game currently accounts for 15% of the network’s total traffic, 8% more than EtherDelta which is the largest smart contract on the blockchain. Due to the incredible load caused by Cryptokitties, most transactions from other smart contracts are not being processed and are currently in pending mode.

Ethereum users have already started to reach out to the game’s developers asking them to pause the game, to allow for the processing of other Ether transactions. Congestion is not the only issue that the users have had to contend with but as well as high fees that come with the game.

The congestion debacle highlights how the classical blockchain is unable to cope with the increasing load. Ethereum may have to think out of the box, if it is to solve the congestion problem ones and for all, as failure to do so could trigger serious repercussions.

CREDITS is one interesting blockchain platform that won’t be experiencing any congestions problems anytime soon. Its developers have developed a unique blockchain, able to provide speeds of up to 1 million transactions per second.

“There is no mining in our system, everyone buys CREDITS CS cryptocurrency at ICO. Thanks to this, we are going to release user’s computers from mining and lower the complexity of finding blocks. There is no need to adjust the complexity of tokens procurement restrictions, “Credits developers in a statement.