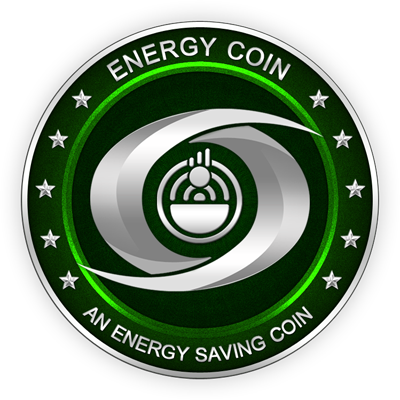 The wider cryptocurrency space has been fraught with negative sentiment over the last week or so and, as we head into the coming weekend, the early stages of recovery are starting to show, with many of the major coins up double-digit percentage points during the session on Thursday and holding steady moving into the early session on Friday.

The hope is that this recovery will hold and prices across the major coins won’t dip below the fresh monthly lows that were recorded during the middle of this week.

Many of the smaller, lesser-known coins also fell in line with the overarching market weakness but, at the same time, many have failed to track the recovery of the larger coins over the last 24 hours or so.

Energycoin (ENRG) is one example of this, having fallen from highs in and around $0.47 a piece on January 12 to $0.16 at lows yesterday, before recording a slight (but far from equal to that recorded in bitcoin and others) recovery to current levels at $0.20.

We think that there could be plenty more room for recovery up to and potentially beyond the above-mentioned $0.47 price threshold between now and the end of the first quarter of this year and, in turn, we think that current levels might be a nice opportunity to pick up some cheap tokens ahead of said recovery.

So what is this one all about?

For anybody new to Energycoin, the idea behind its creation was to develop a cryptocurrency that was in many ways similar to bitcoin and, by proxy, could be used to facilitate both stored value type acquisition and payment transactions, but that wouldn’t bring about the large energy requirements associated with bitcoin as and when it scales to mainstream usage levels.

Bitcoin is rooted in what’s called Proof of Work (PoW) whereas Energycoin is rooted in Proof of Stake (PoS). PoW is the process by which people (or miners, more accurately) use computing power to verify transactions on the bitcoin blockchain. PoS is also used to verify transactions but it doesn’t require large amounts of energy because large amounts of computing power aren’t required – it uses staking (based around how many coins an individual node on the network holds) to favor those with more incentive to validate transactions correctly, dramatically reducing the energy required to deal with transaction verification even at incredibly large scale usage.

In pretty much every other way, Energycoin is like bitcoin, so the idea is that the currency can serve as a viable alternative to companies or groups or entities that wish to take advantage of the benefits of a cryptography-based transaction system but that don’t want to potentially add to the large carbon footprint associated with the high-energy demands of a PoW transaction verification system.

So why do we think this one might be a smart long-term allocation?

Energy usage and consumption curbing is very much a hot topic outside of the cryptocurrency space right now and, as mainstream adoption within the space increases, it’s increasingly overlapping.

As the implications of high-energy demand PoW systems start to weigh on scaling, which is something that is already happening, the industry is going to look for alternatives and we think ENRG has positioned itself (both in terms of branding and in terms of technological compatibility) wells to take advantage of this shift in industry focus.

What do we want to see as supportive of our thesis?

We’d love to see the company behind the coin score some big-name partnerships as we move into the first half of 2018 so as to solidify its position and, in turn, to validate its offering and underpin a longer-term investment thesis.

We will be updating our subscribers as soon as we know more. For the latest on ENRG, sign up below!