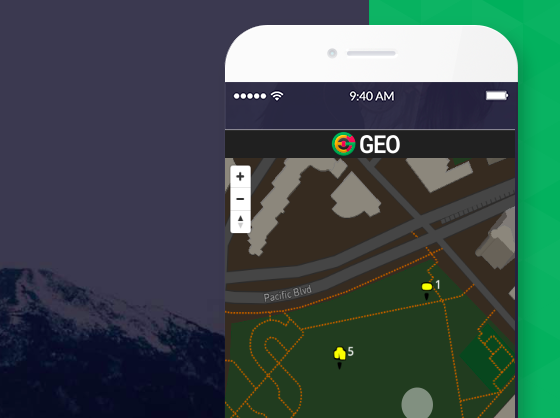 GeoCoin (GEO) has been incredibly active over the last couple of weeks. The coin was trading at around $2.24 a piece at the start of January and by January 5 had risen to more than $16 a coin. Price in the wider markets collapsed at pretty much the same time that GEO reached these highs and this coin was on exception – GEO bottomed out at $5.23 on January 17.

From high to low, that’s a crash of close to 70%, in excess of even the biggest corrections from some of the larger coins.

As the wider market has started to recover, the question that many GEO holders are asking now (and, indeed, many market participants that are looking for trade opportunities and are thinking about picking up an exposure to this one) is, are we looking at the start of a longer-term recovery from here on out for GeoCoin?

Let’s try and answer that one.

GeoCoin is an interesting concept. It’s a cryptocurrency in the same way as something like bitcoin is, in that it’s designed to be used as a method of value exchange and storage, but it’s also designed to overcome some of the issues associated with the current established coins.

Primarily, and this is what we might call the coin’s lead differentiator, is that every coin that’s in circulation has an associated geolocation, accurate to within 11 square meters, on earth.

This is important for a few reasons.

The coin can peg to the dollar or the euro or any other fiat currency and, in turn, is able to ensure a degree of low volatility – something that has become all the more relevant over the past few weeks as bitcoin and others have crashed.

The coin is also distributed differently – it’s acquired by what’s called snapping, which is a system through which a user downloads an application, finds a coin through the map interface and then sends a request to a satellite to acquire the GeoCoin. If it’s available (i.e. no one has already acquired this same coin based on the longitude and latitude coordinates), it’s transferred to the wallet of the user.

So that’s what this coin is all about – let’s get to our initial question, what comes next?

This month, GeoCoin is going to transfer from its own blockchain to the Ubiq blockchain and, in doing so, become an ERC20 compliant token on the Ubiq network. This should add a much-needed degree of credibility to the project and we think that, in turn, it’s going to attract a wave of speculative interest into what’s going on at GeoCoin HQ.

Additionally, and importantly when it comes to these sorts of switches, the transfer to ECR20 is being supported by the major exchanges, most notably Bittrex, which is allowing for a direct 1:1 swap on any balances held at the exchange ahead of the transfer date.

All this is expected to take place on January 25, so we think that traders will likely pile into GEO over the coming few days in anticipation of the Ubiq shift bringing with it a wave of speculative interest in the coin and the company behind it.

We will be updating our subscribers as soon as we know more. For the latest on GEO, sign up below!

Here’s Why Energycoin (ENRG) Is A Smart Cryptocurrency Recovery Play

The GDA Group, a North American institution that focuses on the adoption of digital assets, now offers collateralized lending and borrowing services for institutional investors through its lending division – GDA Lending.

GDA Lending gives investors access to lending of a number of digital assets, which will is backed by a tier-1 security lender for loan and borrowing terms of up to $100,000,000, per the company.

“Institutional investors are becoming increasingly more knowledgeable about digital assets and the unique investment properties they add to a modern portfolio. And now we are looking forward to adding GDA Lending into the GDA Group’s existing portfolio of financial products to deliver safe and seamless digital asset exposure,” comments advisor to the GDA Group James Godfrey.

The GDA Group says it created one of the industry’s “most vertically integrated portfolios of structured digital asset products.” Earlier last month, the company announced the launch of the Global Fund Management in addition to already operating GDA Capital and Secure Digital Markets.

“Our existing demand upon the launch of these new products is already significant. Such milestones put us in an opportune position as we move into 2021 fueled by the significant momentum in Q4 that saw some major…