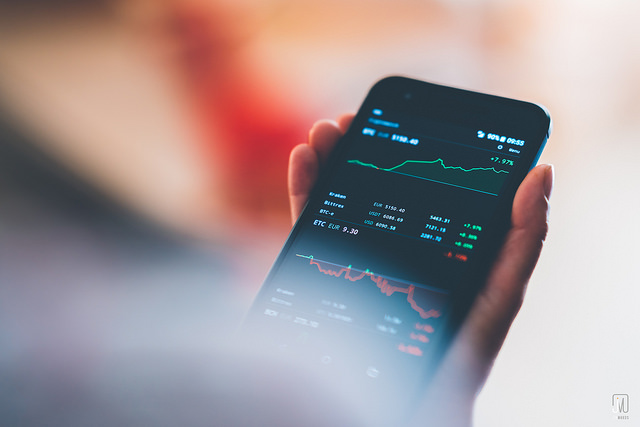 The cryptocurrency markets have taken a real beating over the last couple of weeks and especially throughout this week, with many of the major coins (bitcoin, Litecoin, etc.) trading at a more than 50% discount to their price just a few days ago.

This, of course, has translated to a real weakening of sentiment and the confidence that many of the later entrants had in their (arguably late entry) positions has all but dried up. People are exiting the market in spades and the selloff is resulting in a further weakening of price. This, in turn, is translating to more panic and an increased number of market exits and so on and so on.

This sort of action will be familiar to many.

It’s a self-fulfilling spiral that compounds sentiment and it’s essentially the opposite of what caused bitcoin and its peers to run up into the end of last year. Late entrants forming weak and fundamentally inaccurate biases and responding to these biases by pulling the trigger. In November and December, it was a trigger pulled on a buy position. In January, the trigger is being pulled on a sell.

The thing is, now is not the time to sell.

Sure, markets got overexcited at the end of last year and some coins ran up farther than they perhaps might have done if the crypto space had of remained under the radar. Sure, the entry of a futures market and the concurrent wave of media coverage that came with bitcoin shifting into the mainstream consciousness perhaps created a buying frenzy which, in turn, pushed prices above and beyond sustainable levels.

When this happens, however, we generally see a correction, a bottoming out, some degree of rationality return to a market and, in turn, a return to the overarching trend which, in this case, very much remains to the upside.

People forget that Bitcoin (BTC) was trading below $900 this time last year. Litecoin (LTC) was at $5 twelve months ago. Some of the more functional tokens, things like Ripple (XRP), were trading for fractions of a penny. Many didn’t even exist.

What we’re trying to say here is that the vast majority of coins that exist in today’s market and that are down circa 50% or so on early month January highs remain up thousands of percentage points on their respective twelve-month pricing.

Put things in perspective, then, and you see that this pullback is a natural correction on an overheated market and one that simple serves up a long overdue return to sensibility, as opposed to any indication that the cryptocurrency run has come to an end.

For those who need a bit of persuasion, look at this space as if it’s a thirty-year trend, a long-term technological shift. We’re less than a decade into it and while exuberance led to the space running away with itself a little, the excitement is now reigned in and the industry can resume on the path towards changing the technological (and indeed, global industrial) landscape of the future.

Bottom line: let the panic sellers exit their positions cheap and, if you’ve got the capital, pick up some cheap coins as they unload. When things return to normal, the same sellers will be scrambling to buy back their coins and will be forced to do so at a premium to the rice at which they’re unloading them right now.

We will be updating our subscribers as soon as we know more. For the latest on Bitcoin, Ripple and Litecoin, sign up below!

Making It Easier to Use Cryptocurrency Every Day