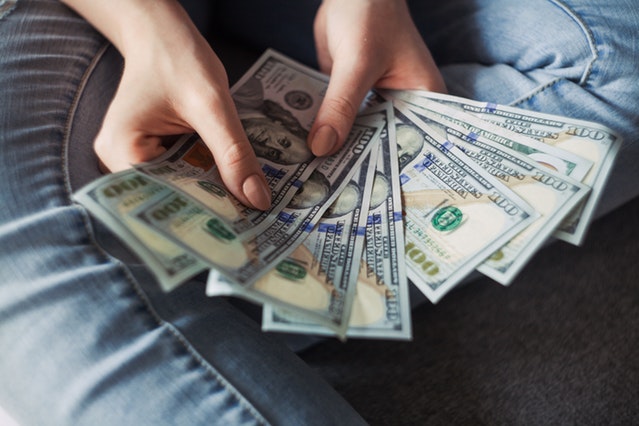 The crypto space is erupting once again, and if popular predictions are correct — the growth is only starting. However, in the vast sea of altcoins that hold the massive potential to go big in the future, we would like to set IOTA aside as one of the coins that might blow up quite soon.

As always, there are no guarantees of this, as the crypto space still lacks regulations, and remains highly volatile. To see proof of this, all you need to do is look at Bitcoin, which goes up by $1,000 within a day, only to slowly drop by $700 in the following week, and then repeat the process. In other words, there is still a lot of uncertainty regarding any project, and that includes IOTA.

However, even with all of that in mind, many are quite optimistic about this particular project, especially after a recent announcement. The announcement in question indicates that IOTA is about to see a massive upgrade. In most cases, this would be more than enough of a reason to expect the coin to start performing better. But, in IOTA’s case, this is nearly a guarantee that it will.

The update is believed to carry a lot of fixes for a lot of problems that traders and investors have been reporting for a while. No crypto is perfect, and since IOTA is not a typical cryptocurrency, it is even more vulnerable to oversights and flaws that might make coin holders’ lives difficult. However, don’t let that scare you off — the developers have been keeping an eye on complaints and issues, and were working hard to deliver an update that will fix most, if not all of the ones reported so far.

It will also address IOTA’s road to full decentralization, allowing it to make massive progress towards achieving this goal. This would make it one of the most decentralized projects on the market, as many other coins still struggle with achieving this crypto dream.

The new update is known as the Coordicide Solution, and according to IOTA’s announcement, it will solve the project’s coordinator issues. The coordinator is the system that is keeping IOTA’s network, known as Tangle, safe and secure.

IOTA explains that each transaction needs either PoW or a small amount of bandwidth. Meanwhile, the network is being secured through a communitive through output. In other words, the more transactions the network sees, the greater its security becomes. There are other security measures as well, including checkpoints, which were present since the network’s launch.

However, its coordinator issues transactions in the same way as any node, with the single difference being the fact that it signs the location, meaning that it needs to reveal it first. Other nodes are, therefore, advised not to consider transactions confirmed before it is processed by the coordinator.

Users would get a greater amount of freedom to create a system that would satisfy their needs, and IOTA would make a major step in the right direction.

How will the update impact IOTA?

IOTA is already quite a well-known and popular project. Its unique design makes it a perfect choice for the IoT, as well as for carmakers who wish to partner up with a system that would be able to deliver car system updates remotely. Now, the project will make a huge step towards decentralization as well, which is likely to attract new developers and set IOTA in the center of the attention.

Furthermore, the change will make IOTA even better for the IoT, which is moving past the traditional internet, in search of a more effective network. IOTA already had great potential to be that replacement, and now, this potential is going to skyrocket even further.

Its network is also quite interesting for many companies and businesses which are looking to upgrade their tech. With IOTA’s network allowing everyone to shape it in order to suit their own needs, the demand for it is likely to surge as well. Of course, most of it remains theoretical, as we have yet to see what will Coordicide actually allow. However, it will greatly expand the possibilities, and make the current ones even better, which will bring massive amounts of success to the project, as well as to MIOTA cryptocurrency.

Photo by Alexander Mils from Pexels

TRON (TRX) Is Likely to Go Big in June

Can Crypto Credit Cards Disrupt the Fight Against Financial Crime?