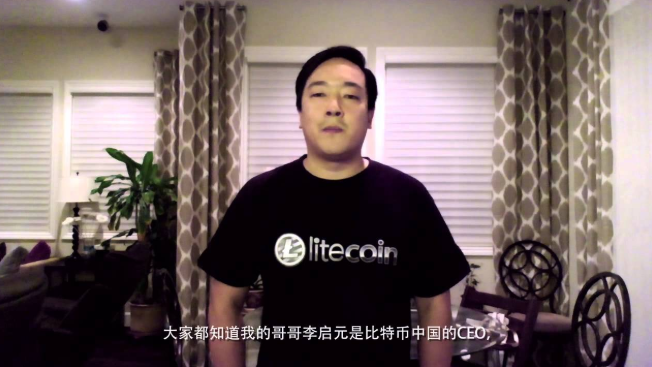 Charlie Lee is a former Google software engineer who became fascinated by Bitcoin. Being a software expert, he realized that the mining process could be much lighter without affecting the Bitcoin’s blockchain security and reliability so he set himself to do exactly that. Thus was created Litecoin.

Mr. Lee remains Litecoin’s leader, and he’s one of the most charismatic and beloved figures in crypto. The Litecoin community adores him.

Earlier today he announced a last-minute trek to Helsinki where he will meet with Phil Chen (more on him later) to talk about the HTC Exodus phone. Here’s Mr. Lee’s tweet:

I decided last minute to speak at @SlushHQ Helsinki next week. Will be doing a fireside chat with @philchen913 to talk about the @htcexodus phone. The HTC Exodus will support Bitcoin, Ethereum, & Litecoin out of the box. Mass adoption happens one phone at a time! #PayWithLitecoin pic.twitter.com/eNd4XEQw22

Mr. Lee is obviously excited about the new crypto-friendly smartphone and he’s not alone. Vitalik Buterin is quoted in the phone’s website saying,

“I’m excited to see EXODUS putting in the work to make blockchain and cryptocurrency technology secure and easy to use for the masses.”

Many other personalities in the cryptosphere are hailing the new phone’s arrival as the “blockchain phone that could change the internet as we know it” according to TechRadar.

The new HTC phone is called Exodus 1. The developing team was led by Phil Chen who is the project’s DCO as well as MD at Presence Capital and has held key positions in many tech-related enterprises and startups. He’s currently an advisor to several AI companies such as Blue Vision Labs and Cloudalize.

The new phone features a 6-inch screen at 18:9 ratio, a 3500 mAh battery, two cameras (one with digital zoom). It will work on Android and it offers 128 GB of storage, and support for 4G networks.

But the main feature, the one that has all the cryptoverse personalities excited is that, as stated by Mr. Lee, it will support several cryptocurrencies out of the box. It’s still unclear what will be the exact way in which they will be supported, but it’s safe to assume that it must be very well done if it’s gathered that much praise from personalities as different as Mr. Lee and Mr. Buterin.

This phone will be a pioneering effort by HTC and it could help put it back in the map. Conversely, it could make Apple and Samsung pay some attention into the cryptosphere so they take a page out of HTC’s book, but that remains wishful thinking for the time being, especially since Apple is openly hostile towards crypto.

Litecoin has been campaigning all year long to push for its token’s adoption. #PayWithLitecoin has become a ubiquitous hashtag and the passionate Litecoin community keeps asking for business, local and online, to start accepting Litecoin wherever they go. So having a mobile phone that works with Litecoin without any further hassle fits perfectly into Mr. Lee’s and Litecoin’s priorities and efforts.

It will be very interesting to see how the mobile market reacts to history’s first blockchain-powered smartphone.