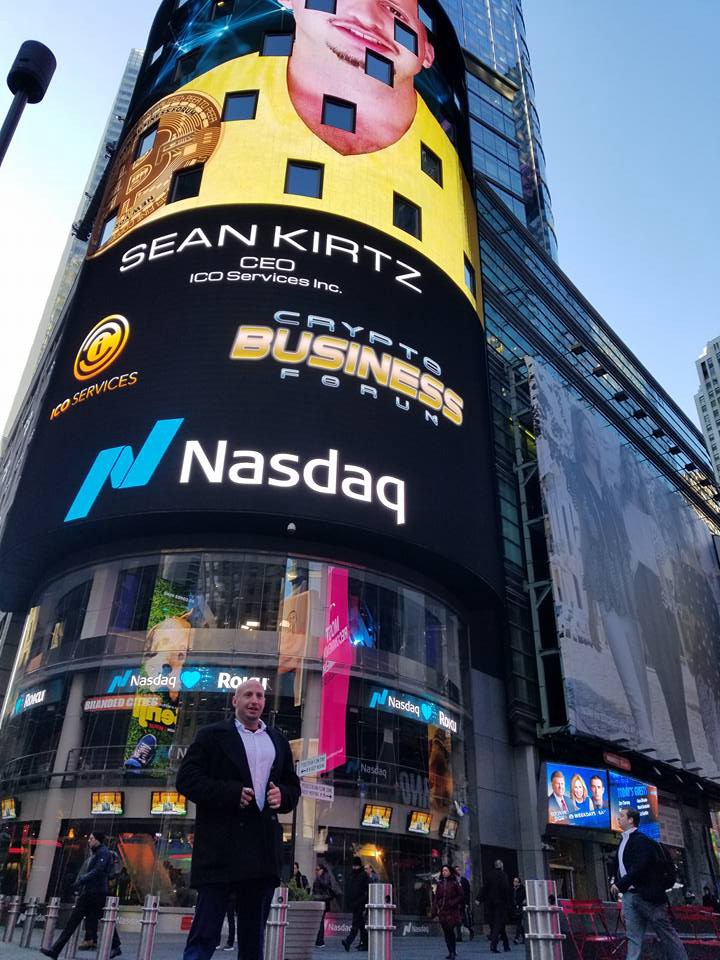 An Interview from Sean Kirtz from San Juan, Puerto Rico. 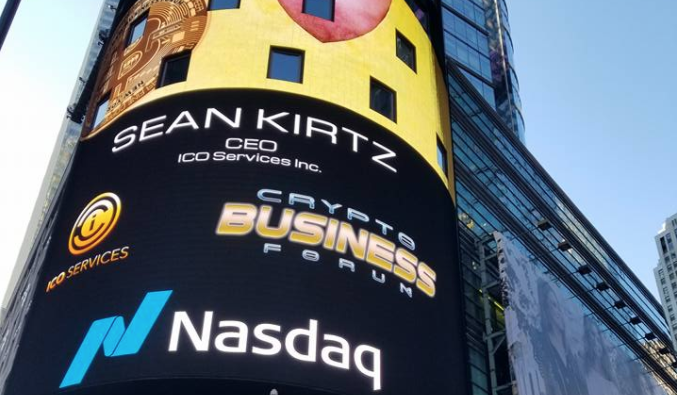 Sean Kirtz is an intelligent man with an insatiable appetite for success, especially in the digital currency space via ICOs. The concept recently emerged as a tool for crowdfunding projects in the Cryptocurrency and Blockchain Industries. “ICOs have a huge upside potential,” says Kirtz, from his rented loft apartment on Ponce De Leon. “But the market will take a hit with regulations, before it bounces back and we begin to see massive growth.”

At Concha Renaissance San Juan Resort which hosted the 5th annual CoinAgenda Conference, Kirtz met with over two dozen ICOs and investors. With beautiful views of the ocean and an entire week dedicated for blockchain funds, companies and high net-worth individuals, market insights and opportunities abroad remain strong, observed Kirtz. “The demand for ICO Services will continue to rise even when regulations are in place.”

The 33-year-old native of Youngstown, Ohio began with cryptocurrency when his friend challenged him to do his own research on Google. “I was mad that he didn’t tell me everything,” on what to look for and where, says Kirtz. “There was not enough information in this space.”

In 2016, he started the Facebook group “Crypto Day Traders,” to close the education gap. From 200 to over 30,000 members in six months, Kirtz gained enough confidence to leverage his investor relationships with Clout Network the information hub for digital currency investing. “We launched a pre-ICO, and it was amazing until my partner backed out,” he says, on raising $2.5 Million for the Clout token which was worth $1.

Like many early crypto enthusiasts turned fund managers and consultants, Kirtz encountered legal issues. “The co-founder tried to blackmail me for funds, reporting the company was a scam.” Kirtz’s team shrunk to three employees (he started with twenty), with mainly legal staying on board.

Determined to save the team, Kirtz made a strategic partnership with a seperate company he founded called ICO Services Inc. As the consulting arm for CLOUT, Kirtz pulls ICO clients and uses 25% of the profits to airdrop to token holders, and another 25% to cover operational costs.

Kirtz manages 5–6 projects at a time, and is scheduled to raise $260 million between ICOs. With focus on creative smart contracts, community engagement and marketing, the activity will only increase predicts Kirtz.

Equally important are community building and branding. “Typically, our clients have 5–10,000 users in Telegram,” the encrypted app adored by cryptocurrency and blockchain enthusiasts and investors, says Kirtz. The numbers are greater on Facebook: 20–50,000 total users. From these groups, advisers are selected and placed in exclusive telegram groups that have members with over $1 Million of digital currency investments. The benefit of being in the group is that “we can raise for example, $30 Million in 20 minutes,” announces Kirtz.

Global trends and the future.

As more regulations are implemented in the United States, Kirtz anticipates that more companies will launch security tokens. “We will see more volume,” and competition in this space, he says reflecting on the 30–40 ICOs that are launching at any given time. “Check ICOSchedule or CoinSchedule,” he says.

Kirtz reflects on the underlying technology. “The Bitcoin blockchain is not scalable unless lighting network is efficient. If not, there will be other technology like hashgragh to replace the blockchain.” The technologies’ ability to create community and brand awareness will determine strength in the marketplace. “We create good websites and so does everyone else,” says Kirtz, half-jokingly reflecting on his true value proposition of smart contracts functionality that speaks to investors.

Kirtz lives in Boca Raton. ”I practice hot yoga,” to keep a balanced life, says Kirtz who doesn’t market his services. “People find me on LinkedIn, where I have a group of over 15,000,” says Kirtz, as he prepares a trip to Asia. “More people are becoming educated, and that is good. They demand greater transparency.”

Kirtz is looking to invest in companies with good value since more publicly traded companies will be interested in launching security tokens. Email for more info: [email protected].

Related Topics:blockchaincryptocurrencyICONasdaqpress release
Up Next

LAS VEGAS, February 9, 2021 (GLOBE NEWSWIRE) – ISW Holdings, Inc. (OTC: ISWH) (“ISW Holdings” or the “Company”), a global brand management holdings company with commercial operations in Telehealth and Cryptocurrency Mining, is excited to announce that its revolutionary Pod5 Cryptocurrency Mining Pod will be powered up into full operational launch at the Bit5ive renewable energy cryptocurrency mining facility in Pennsylvania on February 12, 2021.

“We are very excited to finally be ready to launch full mining operations at a time when margins are at historic levels following further strength in the value of cryptocurrency assets,” commented Alonzo Pierce, President and Chairman of ISW Holdings. “But make no mistake about it: we are doing this because we have a fundamental belief in the long-term future viability of cryptocurrency systems as stores of value and legitimate platforms for global commerce. We started diversifying our cash into Bitcoin nearly two years ago. And we partnered with Bit5ive early last year and began the design for our Pod5 unit when Bitcoin was still under $10,000 per coin.”

The Company formed a joint venture partnership with Bit5ive, LLC, (“Bit5ive”) in May 2020 to build and deliver an elegant, powerful, and efficient data center pod design. The Pod5 Datacenter is the result.