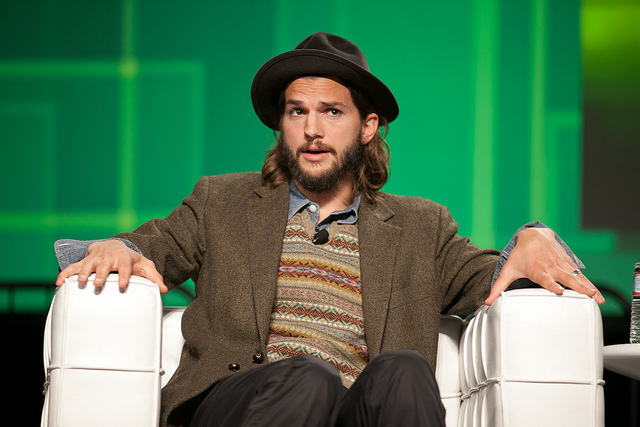 If you thought Bitcoin was the only coin capable of getting some mainstream attention, think again. After Ellen DeGeneres got down with Bitcoin explaining Blockchain and the concept of decentralized networks to her audience by comparing the top ranking cryptocurrency with a baby goat, another cryptocurrency is now also having its 15 seconds of fame on the Ellen DeGeneres show. That coin is none other than Ripple (XRP).

During the show, Ashton Kutcher (Hollywood actor) appeared as a surprise guest to the daily talk show with a $4million late birthday gift for Ellen meant to be a donation to Ellen DeGeneres’ Wildlife fund. Ellen had already planned out a trip to Africa as an initiative to focus on her passion about wildlife only to get a happy surprise of Ashton Kutcher showing up to make the donation live on the show using Ripple XRP.

Apart from being a renowned Hollywood actor, Ashton Kutcher is also a venture capitalist with Sound Ventures. He made the donation on behalf of ripple as a gesture of ripple’s commitment to integrity and also as a way of giving back.

According to Kutcher, Sound Ventures is already investing in ripple and as Ellen pressed the button to send the money to a bank in Rwanda( where Ellen will be visiting) Kutcher was quick to point out how easy, fast and secure the transaction was unlike the usual check that would take days to clear.

Now, usually people come out with a big giant check and do the ‘big giant check thing’, but we can transfer it into Rwandan Francs right now right here, and all you need to do is push this button

Ashton Kutcher is bullish on cryptocurrencies

Ashton also revealed how he met up with Ripple and realized how Ripple as a company is focused on ethics and generosity.

So, we were meeting with these folks and were talking to us about the ethics of this company and this platform and how they actually really care about being an ethical company and giving a portion of this platform away to people that are doing good in the world

It is no secret however that Kutcher has for a long time been a Bitcoin bull as seen in his investments toBitPay ( a crypto payment processor). Apart from Ellen’s show, Ripple has also been featured in other shows such as the Late Show with Stephen Colbert. Ripple has been on a streak of actively donating millions to worthy non-profit organizations and the donation to Ellen’s Wildlife Fund is one of many more to come.