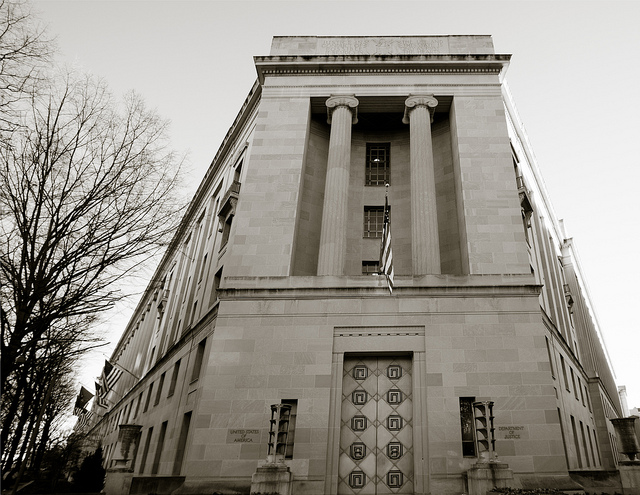 Bitcoin is the first and original digital currency that started the entire craze with blockchain technology. Almost 10 years ago, an anonymous hacker known under the alias Satoshi Nakamoto launched this crypto as the first digital coin ever. A couple of years later, there came new coins which followed by having over 1500 ICOs issued and launched over the mentioned period. As we all know, all currencies have their dev teams and CEOs, however, Bitcoin doesn’t.

So, how come its price has spiked up to the previous record of around 20.000$ per one unit, if Bitcoin can be marked as an abandoned project with over forty different forks derived from its system as basically, anyone with the matching tools can create a fork out of Bitcoin, and that is how we got Bitcoin Private, Bitcoin Cash, Bitcoin Gold, and even Bitcoin God and Bitcoin Pizza.

The US Justice Department: Is Bitcoin Going Under Pump-and-Dump?

Almost anyone who is following up with the crypto market knows about a notorious market scheme called pump-and-dump.

Apparently, some holders have acquired this technique in order to have their holding units pumped up to the maximum in the market with having a price that is usually off the charts of the realistic price of the given coin.

Once the pumping part is done and the coin has reached a flattering value, the pumpers then dump their coins, which means that they are selling the coins that have been pumped, and then selling them back to the interested traders while collecting profit.

Moreover, the US Justice Department believes that the signs of spoofing and possibly wash trades could also be discovered in the process of the mentioned investigation.

The great turn out of events that makes up for spoofing lies in the fact that the active trade is never meant to be. So, a holder can open a trade, which consequently affects the price of the given coin to rise up, while the trade never actually occurs, which is considered to be a fraudulent action.

That is exactly why the US Justice Department is trying to come to the bottom of this story, which should allow them to discover the great mystery of who stands behind the price of Bitcoin.

The US Justice Department along with the Securities and Exchange Commission (SEC) and The Government of Canada are joining forces with a single project called Crypto sweep.

While SEC is conducting their own investigation on different ICOs that are suspected of violating securities laws, the SEC is in support of the newly announced project Crypto sweep, that way supporting the US and Canada in their investigation.

Besides from announcing an investigation on who stands behind the price of Bitcoin, the US Department of Justice is going to partner up with Canada with the goal of battling toxic ICOs and scam coins.

The US Justice Department will notify the public on their future progress regarding the Bitcoin investigation as well as their progress on Crypto sweep whether they joined their forces with Canada in an attempt to stop all fraudulent actions in the crypto market.

How is Bitcoin doing at the Current Moment?

Bitcoin has definitely seen better days, as we can see it at a pretty low price in oppose to its value in April and at the beginning of May.

As BTC is now worth around 7500$ per one unit, many reporters are linking this massive fall to the most recent announcement from the US Justice Department that there will be an investigation revolving around Bitcoin, however, if you go ahead and check the stats on CoinMarketCap or Coin Gecko, you will easily notice that the price of BTC went down before the original announcement.

Following the latest change in the market, BTC is up by barely over 1% at this moment, on May 26th, which means that the first crypto ever and number one on the global coin ranking list can be traded at the price of 7560$ per one unit, as it lost over 15% of its value in the course of the last month.

Related Topics:BitcoinCanadainvestigationpumpingregulationsspoofingUS Justice Department
Up Next

Whatever Happened to ZClassic: Is ZCL Dead?