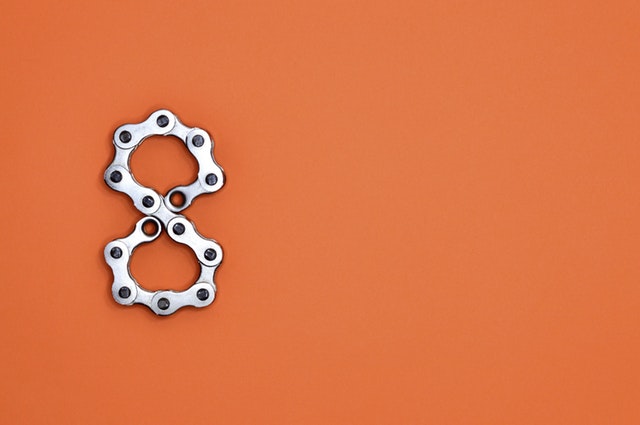 For years now, ever since altcoins started popping up in order to provide an alternative to Bitcoin (BTC), the rivalry between the coins has been one of the most talked-about aspects of the crypto world. Websites such as CoinMarketCap started appearing, tracking the coins’ value, market cap, trading volume, and other details that would help investors and traders determine which coins to go for.

Before long, hundreds of altcoins emerged, and that number has grown to over two thousand in the last few years. However, as always, the most attention is being directed towards the top 10 coins, which are constantly overtaking one another.

In recent months, following some of the largest events of 2018, the top 10 cryptos have seen numerous rank shifts. XRP overtook Ethereum’s place for several times, Stellar, Bitcoin Cash, Bitcoin SV, and EOS were overtaking one another in December 2018, and coins’ ranks were known to change several times per day.

Now, in early January, the situation has seemingly quieted down a bit, and most coins are back to their usual spots. However, two very successful coins are expected to have their own battle. In which TRX overtook the 8th position.

The first thing to note when it comes to TRX vs ADA is that they are not a direct competition to one another. These are two very different coins, with different purposes and different goals in mind. The only thing that really connects the two is the desire to grow bigger, gain more exposure, and be more dominant.

TRX is a native cryptocurrency to the TRON blockchain, and it was created by Justin Sun. It aims to revolutionize the entertainment industry, as well as decentralize the web. In the last year, TRON has gained massive amounts of support from its constantly-growing community, and the project managed to hit some very important milestones.

In a matter of months, TRON launched a TestNet, a MainNet, it transferred its tokens from Ethereum network (where it was actually created), and it entered more partnerships than we can count. It also announced several big projects, it purchased BitTorrent, and it managed to break Ethereum’s record regarding the number of daily transactions, mostly due to several of its increasingly popular dApps.

ADA, on the other hand, is a coin that is more Ethereum-like. The project is currently focusing on solving scalability issues, creating dApps, and growing bigger through high-quality technology. Cardano was created by Charles Hoskinson, who previously worked on both, Ethereum and Ethereum Classic. He eventually left both projects, but not without gaining a deep understanding of how a good quality cryptocurrency should look like, and how it should function.

Using this knowledge, he created Cardano, and the coin always preferred to take its time and do things the right way, instead of rushing and providing poor-quality features and services.

In recent months, TRX was ranked the 10th largest coin by market cap, which is a position that is currently occupied by Bitcoin SV, after TRX overtook its 9th spot on the list. Meanwhile, ADA holds the 11th position, with a goal of entering the top 10 in the near future.

After that, TRX will be its main competitor for the 8th rank, currently being held by Tether (USDT). The difference between the market cap of projects ranked between the 8th and 11th spot is not that large, and it mostly comes down to a few hundreds of millions of dollars. While still enormous amounts, these are known to come and go in a matter of days, or even hours in some situations. Because of this, experts are predicting a lot more rank overtaking in the following weeks.

After reaching the rank of 8th, it is believed that these two coins will be stopped from advancing further, as the big milestone of $2+ billion will stand in their way. While it is not impossible that they will simply continue to grow in time and overtake the higher ranks as well, it might take months, or even years of steady growth for this to happen. So far, it appears that the bearish market of 2018 has loosened its grip in early 2019, and most coins are experiencing gains right now. However, analysts agree that this is a fragile balance that can go either way and that coins are not out of danger quite yet.