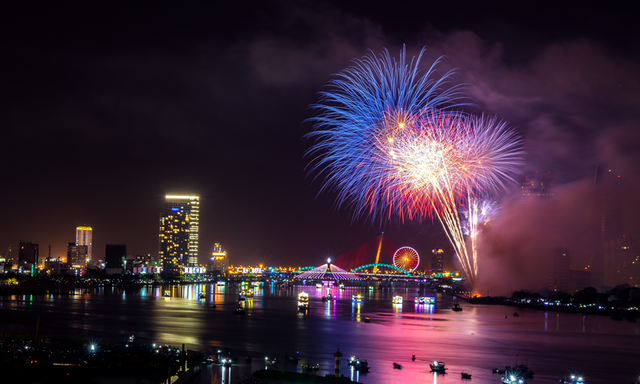 Even though it was not in the top 10 largest coins for the most part of 2018, TRON (TRX) was undoubtedly one of the most productive coins of the past year. It has already made a name for itself in the crypto community, and it achieved so much in 2018 that it is impossible to list and explain all of its achievements properly.

Indeed, TRX supporters are highly optimistic regarding this coin. Despite all the difficulties that cryptos had to go through in the previous year, the crypto community remains convinced that cryptocurrencies will eventually bounce back, no matter how long it takes. There may be significant changes in the structure of the market when this occurs, that much is not being questioned.

A lot of coins that are currently still active will likely disappear in the process, especially if they are weak projects with no proper support or plans for the future. However, there is a lot of people who firmly believe that TRON will not be among them and that this coin has excellent chances of being one of the most dominant cryptos in the future. The evidence certainly indicates that this way of thinking may be correct and that TRX has a lot of potentials to become one of the top coins of the third generation of cryptos.

TRON events and performance in 2018

Similarly to every other cryptocurrency out there, TRON has experienced significant losses in January 2018, after the market crash which eventually ended up taking away as much as 90% of most coins’ value. Not a single crypto has recovered from the event to this very day, and it will likely not happen for a long time to come.

However, while its value may be low, TRON has made a lot of progress regarding pretty much everything else. There was a time when the coin was announcing new partnerships, listings, and similar types of support pretty much on a daily basis. Even now, its creator, Justin Sun, regularly posts updates regarding new listings, projects, events, and development details regarding the TRON ecosystem.

In 2018, TRON also managed to launch its TestNet, followed by MainNet, a token swap, several token burns, the election of Representatives, and finally — the purchase of BitTorrent, which led to its Project Atlas. Of course, this did not all come at once, and it actually took months of preparation, planning, and negotiating for everything to happen the way it did. However, this still doesn’t make it any less impressive.

After its MainNet launch, TRON also started seeing a lot of development on its new blockchain, especially when it comes to dApps. While there are many projects that are dedicated to dApp creation — such as Ethereum, which started it all, EOS, NEO, and others — TRON appears to have something that other projects lack, something that makes its dApps much more successful.

It is because of this special ingredient that TRON dApp usage led to the coin breaking records in regards to daily transaction volumes. It still has only a few finished dApps, although many others are being created right now, and most of them will likely be completed at some point in 2019. Meanwhile, TRON’s goals have not changed, and it still aims to revolutionize the entertainment industry and decentralize the web, with Project Atlas being its first big step on the road to achieve this.

Due to the crypto-unfriendliness of 2018, not a lot of people in the crypto community were sorry to see this year end. So far, 2019 is mostly viewed as the year of opportunities and untapped potential. The crypto market is not in great shape at the moment, especially when compared to the situation it was in late December 2017 and early January 2018.

However, while many have started rethinking their involvement with crypto, there are also those who firmly believe that things will get better. In TRON’s case, the coin has had losses in 2018, as mentioned, and that much is true. However, it also used the year to set strong foundations and make preparations for a large takeoff, which might take it to the stars when proper conditions are met.

The project’s current efforts mostly focus on developing its platform, building different projects (including Atlas), improving its DEX, and more. A lot of people see Project Atlas as TRON’s biggest announcement of 2018, as well as the most important thing that coin’s developers are currently working on.

As mentioned, it includes BitTorrent, which is the biggest reason why developers obtained it back in June 2018. The plan is to use BitTorrent’s network to improve TRON’s own reach, but also to help a lot of new crypto users enter the space by providing rewards for seeding content. While not a lot of people are expected to actually interact in TRX via BitTorrent, it will still reveal the possibilities of doing so to many.

It appears that TRON’s moves mostly focus around building a community, expanding it, bettering it, and providing it ways to survive through rewards and similar forms of incentive. In addition, BitTorrent already started accepting payments in crypto, including TRX itself, BTC, and BNB. Not only that but it also just launched its own native, TRON-based token— BitTorrent (BTT).

The coin can be used for improving the speed of downloads and the entire network, in general, which is yet another way in which TRON plans to tokenize content sharing in its ecosystem. Considering the fact that BitTorrent supposedly has around 100 million users, many see cooperation with BitTorrent (and the entire Project Atlas) as the best decision TRON has made to this day.

For now, TRON is expected to continue development of its platform and its larger projects, with smaller ones also being expected from time to time. However, there is never much certainty when it comes to TRX, and a new big announcement might be just around the corner at any time.

Additionally, Messari and the XDB Foundation “may explore the buildout of a novel registry to accommodate branded currencies tokenized on DigitalBits. This registry would address issues consumers face when determining the legitimacy of branded currencies and their respective organizations,” the announcement said today.  The goal is to provide a standardized framework for organizations leveraging branded currencies, certifying asset legitimacy, and clearly outlining characteristics including but not limited to asset issuance and organization identity.

Commenting on the news, Messari representatives said they recognize the potential for the use of branded currencies to grow in the future as more enterprises embrace blockchain technology. Ben O’Neill, Vice President, BD & Operations at Messari said the Registry will help all…