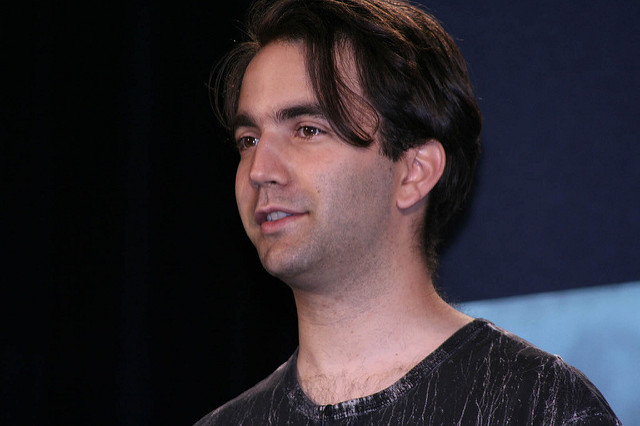 The founder of the peer-to-peer file sharing service provider that was sold to Tron (TRX) recently, BitTorrent, Bram Cohen is attached to an up and coming cryptocurrency by the name Chia.

The rumored-crypto is taunted to overthrow Bitcoin as the preferred virtual currency in the crypto market. Unlike Bitcoin, Chia does not necessitate massive amounts of power and electricity and has managed to raise more than 3 million US dollars so far without the assistance of an initial coin offering or ICO.

The funds are intended to be used in assisting the startup to develop its blockchain and digital currency that is powered by Proof of Capacity (also referred to as Proof of Space) and Proof of Time protocols.

Most blockchain technologies have Proof of Work in place of Chia’s Proof of Time. According to reports from reliable sources in BitTorrent, the management plans to launch this much-awaited product in Q1 2019.

According to one of the Chia spokespersons,

“This might be the first fully compliant public offering for a crypto company.”

Cohen is quoted as saying:

“The idea behind the Chia network is to make a better Bitcoin and to fix the centralization issues that have been in existence.”

Currently, as per the rough estimate, a transaction done using Bitcoin’s network wastes as much power as it takes to electrify an American household for one week.

BitTorrent creator and legendary coder Bram Cohen sees this as an opportunity. The two key issues Bram sees in Bitcoin’s process is the environmental impact it has and the unreliability that ascends from the few Bitcoin miners that exist with the inexpensive access to power employing outsized influence.

BitTorrent is a P2P file sharing protocol and program that has managed to use the internet to revolutionize the entertainment industry. In 2001, Bram Cohen co-founded the world largest file-sharing network and company BitTorrent Inc which owns BitTorrent software and uTorrent. And then, as we all know, the p2p firm was sold to one of the most promising crypto companies, Tron Foundation, a few months ago.

Born in 1975 in a Jewish household in New York, Bram spent his early years in Manhattan’s Upper West Side, where he acquired basic computer coding skills from his father at the age of six.

Fast forward in 2001, Bram who was working at the time at MojoNation, a thriving dot.com company, quit his job to start working on BitTorrent. His first coding of BitTorrent’s client implementation framework was in Python language, and the peer-to-peer file sharing company quickly gained popularity for its ability to share and host large movie and music files through the internet.

The Chia Platform is an American company based in San Francisco which seeks to improve the infrastructure of digital money. As a company, Chia is in the process of designing a blockchain platform that is based on proofs of time and space in line with its mission to make virtual money more decentralized, more secure, and more eco-friendly.

According to information from Chia network, the platform aims to create a functional and eco-friendly alternative to Bitcoin and at present, is hosting a competition that seeks to advance Chia’s VDF also known as verifiable delay function that will assist facilitate new dawn of Bitcoin’s decentralized consensus.

Unlike Bitcoin’s and Ethereum’s mining procedure that relies on the proofs of work that consume a lot of power and leave the mining procedure be quite centralized, Chia’s “mining or farming” procedure will rely on proof of time and space in building and verifying blockchains that issue virtual currencies.

Participants taking part in the 3-month contest are tasked to develop implementations of Chia’s verifiable delay function (VDF) algorithm that was released this week. The intention behind the competition is to set benchmarks for the network’s security as well as its algorithm. The winner is positioned to go home with USD 100,000 worth of Bitcoin.

Bram is throwing some nice money into blockchain out of what he got by selling BitTorrent to Tron; everyone should be happy. Maybe few might not be that pleased with Cohen’s decision of utilizing the money he made from Tron CEO to come and compete with them, and on top, with an intent to create an even better cryptocurrency than the market king, Bitcoin. What this the reason why he left BitTorrent quickly right after its acquisition by Tron? What do you think?

Tron (TRX) surges by 6% while the whole market stays calm