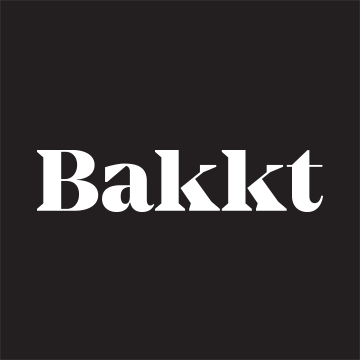 Bitcoin has been in a prolonged bear market for some time and has dropped as low as $8300 in recent weeks. This is the worst time for the cryptocurrency since prior to the bitcoin boom in 2017, and it has led to speculation that the original cryptocurrency could be on the decline. However, the digital asset may be about to bounce back. This could be thanks to Bakkt, the new digital asset platform which aims to provide a secure and well-monitored place for investors to trade bitcoin. Some analysts are even suggesting that this could lead bitcoin into the mainstream.

Bitcoin has been teetering on the edge of the mainstream for some time now, with various companies accepting payments in the digital currency. The reason why it hasn’t yet taken off is that it doesn’t have enough practical applications to encourage the everyday person to start using it. But the market is there for alternative payments, and this is particularly apparent in the online casino industry when new sites crop up. For example, Johnny Jackpot is a smashing new casino brand that accepts a number of payment systems including Neteller, Skrill, and Paysafecard. Global customers want to be able to use options like these which were designed for the internet.

The problem with all of the aforementioned systems is that they are still governed by banks, and when moving money across borders they are subject to fluctuating exchange rates. Bitcoin would solve these problems if it was adopted on a wider scale. Bakkt is aiming to pave the way for bitcoin to become an everyday asset by providing an ecosystem for digital assets. The company is backed by Microsoft and Starbucks, which should help foster trust from users. The coffee company allows customers to pay for coffee and food using bitcoin. Seeing as the brand is so influential, this could spark a high number of other major companies to follow suit.

Bakkt is designed to serve as a scalable on-ramp for institutional, merchant, and consumer participation in digital assets by promoting greater efficiency, security, and utility

According to the CEO of Bakkt, the company “is designed to serve as a scalable on-ramp for institutional, merchant, and consumer participation in digital assets by promoting greater efficiency, security, and utility.” This means that they want to move users away from traditional payment systems like credit cards, but provide the same levels of security and application. Bakkt wants to increase trust in bitcoin and digital assets, and also nurture millennials’ belief in the cryptocurrency. In the early days of Bakkt, the company is expecting significant institutional demand for its futures contract but admits that an immediate surge is unlikely.

Bakkt has been a long time in the making, and the concept was announced over a year ago. It is true that the initial release has not yet had the desired effect, but it could play a major part in bitcoin’s future. Having Microsoft and Starbucks on board is a huge plus point for the company, but it will need other influential industries to get involved and help spread the word. In a few months, bitcoin could be back on a bullish trend.

How Tax Agencies Are Going After Crypto Traders