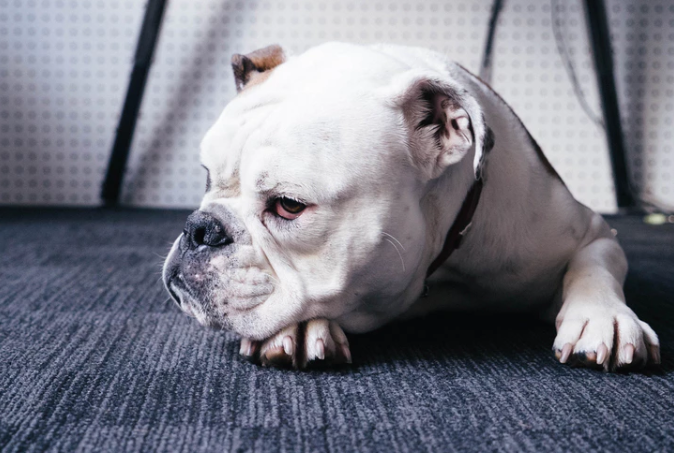 The crypto market has been unstable for some time now, and as it seems, it is unpredictable. The total market cap of the crypto market has decreased by a slight percentage (stands at $194.30B currently). It was expected that the major players including XRP, Tron, Bitcoin Cash and the king itself (Bitcoin) could recover today, but the results have been inverse so far.

Last week the price of Bitcoin seemed oversold by the Williams %R – a technical oscillator that shows if a crypto asset is overbought or oversold.

Olga Kharif from Bloomberg stated that the Williams %R of BTC is moving above -83%. It is important to add that -83 to -100 indicates oversold. Even a Bitcoin rebound was speculated, lots of crypto experts say that the oversold state of Bitcoin shown by the Williams %R speculates that a rally could be upcoming which could shoot the price of Bitcoin up to the resistant level of $6900.

More importantly, lots of traders and investors were hoping this will happen, thus, making gains to be accumulated – but that hasn’t been the case.

For Bitcoin, it is rallying around $6330 at the moment. Its price has dropped from US$6,523.22 to $6,332 recording a decrease of 2.64% in the last 24 hours – even though the crypto-king was drastically oversold last week. This may be probably due to the market manipulation.

Bitcoin is still under the $8400 resistance level. The main catalyst for a sell-off at the first week of September was probably due to the cryptocurrency wallet that was dormant for four years, and then some Bitcoins were deposited into the same wallet.

Since the price of Bitcoin majorly affects other cryptocurrencies, its volume is a major concern to every crypto trader. It is also important to note that the volume of Bitcoin has dropped by a total of about 30% in 3 days. Also, at the time of writing, the 24-hour trading volume of Bitcoin is still under $3.8 Billion whereas it was $4 Billion last week.

Ethereum has dropped by a clear margin, too. Although, the current trend in the market hasn’t hit the cryptocurrency very much since Sept 11. At the beginning of this month, Ethereum was measuring an increase of 14-15% on its price. However, after the decrease in its price by 9.97% in last 24 hours only, Ethereum sits at $198 with a total market capitalization of $20,251,776,745.

Ripple’s XRP has also dipped on its value. The third largest cryptocurrency is currently down by -2.92% if we take its last 24 hours performance into account. At the time of writing, XRP is priced at $0.272. Its market capitalization is about $10.84 billion.

The current market trend did not really hit some cryptocurrencies. However, it is essential to know that cryptocurrencies such as Ethereum, ICON, and DOGECOIN, made a bullish recovery last week.

Nonetheless, it is possible that in the short-term or until the end of this month, the crypto market will maintain its bearish momentum. The price of Bitcoin may still rally around $6500 to $7000 testing the $7000 price level, though.

Photo by meredith hunter on Unsplash

SWELL 2018 could send Ripple’s XRP price to the sky

Ripple tech has no limitations, and is safe, says Santander Executive Chairwoman