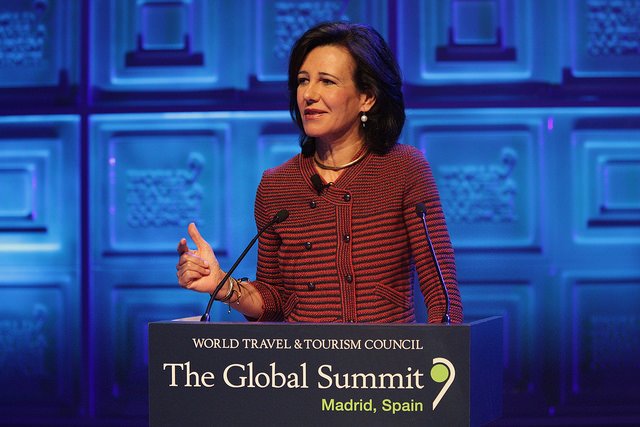 However, according to Ana Botin, executive chairwoman Santander group, they expect a broader roll-out in the coming months where the group will introduce the service to the additional countries for various small businesses. Also, there’s a possibility of extending the product’s availability to financial institutions.

Are There Any Limitations?

It is excellent to note that even though blockchain tends to be capacity-limited, the service has no limitation at all – thanks to the volumes that are available.

Foreign exchange transactions of the four countries that the app covers account for almost half the bulk of the bank’s retail consumers. Furthermore, for two years, the bank has been trialing the service among the staff in the U.K., and it has been perfect. That all is what the Executive Chairwoman of Santander Group, Ana Botín itself says.

#Ripple's blockchain based solution has no limitation. It works, it is safe and it is fully compliant.
Ana Botín – Executive Chairwoman of Santander Group#XRPcommunity #blockchain #crossborderremittances pic.twitter.com/XLomTKNVvu

Ana Botín further said that the blockchain based solution does not have any limitation and instead it works, is safe, and fully compliant. The executive chairwoman when addressing the safety concern, assured consumers of absolute safety as all the local regulations were complied with.

Undoubtedly, as it seems seeing the facts till date, the blockchain-based ways for payments are faster, more cost-effective, more efficient, safe, and secure. The fact that the bank plans to implement the technology into several markets by summer (pretty soon) makes the potential-experience precisely as what everyone expects from a global bank like Santander.

Now, no more waiting for more than three days or so for the transactions, thanks to transactions via the Santander One Pay FX. On the other hand, partnering and now getting praised by a giant bank like Santander is good news for Ripple as it helps to boost company’s and its cryptocurrency, XRP’s, market cap.

Not only has Ripple partnered with Santander bank but also with multiple banks as well as other financial institutions.

Ripple’s MoneyTap Around the Corner

Japanese fintech SBI Holdings made it public to launch an application based on Ripple technology named MoneyTap for mobile payments.

The app is meant to make all bank transfers easier, cheaper, faster, and flexible. While making the announcement, CEO SBI Ripple Asia Takashi Okita, stated that the MoneyTap would improve the payment infrastructure in Japan significantly.

How is Ripple’s XRP Doing at the moment?

Ripple (XRP) is among the most talked about cryptocurrencies nowadays, which is not a surprise given that it’s the highly real-life integrated crypto in the market at present. Additionally, it has been tested by several banks, financial services, and banking institutions for transactions on the global scale.

Currently, Ripple’s XRP sits at third place among the digital coins and trades slightly above $0.27. On Sunday XRP was at $0.2726 to mean that it has not recovered, but recovery is expected in next 24 hours; however, it might be limited as there is no momentum. The current value is still much far from Ripple’s all-time high earlier January this year when it hit $3.33 mark.

XRP, Bitcoin Cash, and Bitcoin fall despite speculations for a significant rise