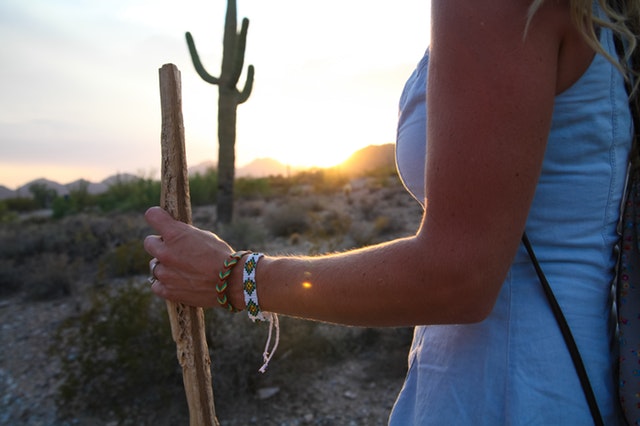 For the past two (2) weeks, XRP Ripple price had been trading in what appeared to be a Bear Flag pattern that one would have thought would likely resolve in the direction of the primary trend, which is lower.

However, XRP had other things in mind for investors/traders as yesterday Ripple ripped into higher ground on enormous volume that certainly caught the attention of those who continue to keep a close eye on the daily action throughout the cryptocurrency landscape.

While XRP has further work ahead of itself from a technical perspective, yesterday’s action caught our attention, in a Big way, with the Big Stick; Big Volume action as we can observe from the daily Chart below: 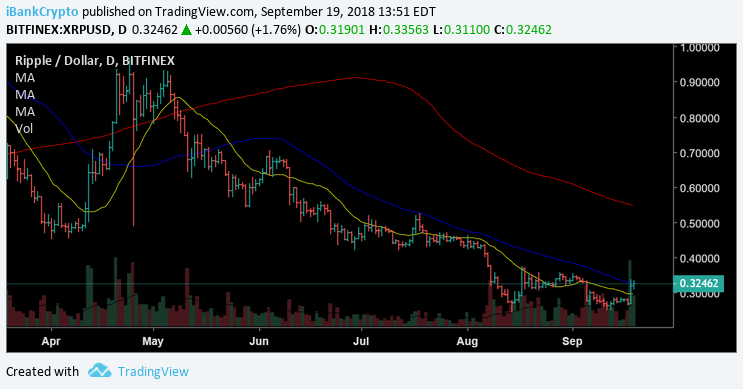 When observing the daily chart above, we can clearly witness the move that Ripple put-in in yesterday’s session. In addition to the large bar and volume, we can also witness that XRP shot up and through its 20-day moving average and now finds itself resting at its 50 day SMA.

Of further note, it’s been five (5) months since Ripple has witnessed this type of volume explosion, whereby both investors/traders may want to take notice and pay heed.

As previously mentioned, while Ripple still has further work ahead in order to repair the technical damage inflicted over the course of 2018 and still trades well below its 200-day moving average, it’s days like yesterday that ‘may’ be the first shot across the bow that potentially fuels additional firepower in the days/weeks ahead.

Thus, both investors/traders may want to utilize the following levels for additional clues/evidence with respect to direction moving forward.

If XRP can spend the next several days churning/consolidating yesterdays thrust into higher ground, we may just have the making of a right shoulder in a potential inverted Head-and-Shoulders pattern that would certainly be constructive and healthy should such development materialize.

Nonetheless, IF, Ripple is capable of going ‘topside’ of the .38 figure at any point in the days/weeks ahead, such development, should it occur, would likely trigger its next advance into the .42 – .47 zone, representing a 30-40% move from present levels. On the flip-side, the .25 – .26 area should offer short-term potential support.

Therefore, while some pause and a breath would certainly do Ripple some good and allow it to build additional energy/cause for another attempt at loftier levels, both investors/traders may want to pay particular attention to the action in Ripple in the days/weeks ahead. We may just experience another rip into higher ground.

As always, Risk Management remains priority number one, especially when trading against the overall primary trend of the tape, which remains lower, for now.

Crypto News: What Happened To Bitcoin?

The future is bright for DigiByte (DGB), here’s why