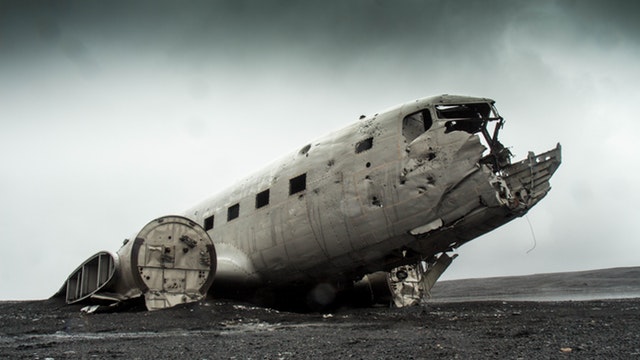 Despite the fact that numerous cryptocurrencies have made a lot of progress in 2018, the year was still extremely cruel to them due to 8 months of a constantly bearish market. A lot of coins have lost much of their value, with some losing as much as 90% of their value.

Recently, things started to change, and the market is currently in a long-awaited state of recovery. However, a lot of effort will be needed for some of these coins to once again get to where they were back in early January.

Furthermore, the constant price drops have made quite an impression on the investors, which are much more cautious regarding their investments. Nobody wants to lose their money, and this is perfectly understandable. Because of that, many are trying to figure out what coins are worthy of investing in. While new investors are often making a mistake of making assumptions by only watching the coins’ prices, the more experienced ones know that there is much more to the coin than just its surface value.

This is why we have done the research for you, and will now present three crypto projects that have proven to be so advanced and successful that they have managed to rise above the danger that awaits other, lesser altcoins. This danger is what many have taken to calling an ‘Altcoin Apocalypse’. However, as dangerous as it is, it still won’t be able to reach all cryptocurrencies. So, without further ado, here are three altcoins that can survive the Altcoin Apocalypse, and are thus among the safest investments right now.

NEO is a non-profit blockchain project that is entirely driven by its community. Its goal is to use the blockchain in order to digitize real-world assets and give them a permanent digital footprint. Additionally, the project uses smart contracts to also automate the management of all digital assets. The project aims to, eventually, create a Smart Economy.

NEO is actually a pretty old project, which was first founded under the name of Antshares back in 2014. Since then, it was rebranded to NEO but is also known as Ethereum of China. This is due to the fact that it is similar to Ethereum in a lot of ways, but is also one of China’s favorite projects.

Newcomers to the crypto world probably wouldn’t notice it at first, but NEO is actually only seemingly like Ethereum. In reality, the two are quite different.

NEO has a long history, which has left it with a strong community and a robust ecosystem. We have already mentioned that China supports it, which is important since not a lot of cryptos can say that. Even so, it is a very small project when compared to ETH, especially when it comes to dApps. NEO has over 66 of them at this point, while Ethereum has much, much more.

However, despite the low number, NEO’s dApps have much higher quality. This is due to higher fees on dApps launch, which means that only the most serious projects remain on NEO. Ethereum is much more economical, but this is why the quality is down.

Because of high quality, strong community, powerful connections, and generally being a high-quality project. NEO is bound to stick around. The Altcoin Apocalypse, no matter how deadly, will likely only leave small traces on this coin.

Monero (XMR) is one of the so-called Privacy Coins. As the name suggests, it is an altcoin with a strong focus on the privacy and anonymity of its users. It is also completely decentralized.

Monero is no stranger to bear market, especially since it first came to be during one. As such, it knows how to act during not-so-crypto-friendly periods, which is in itself one of the best reasons for investing in this coin. Additionally, it is a coin that offers privacy, which is something that will never get old on the internet. Private transactions have always been, and always will be in extremely high demand.

Now, a lot of people would claim that such strong privacy features will attract criminals to the coin. However, there is so much more to this coin than just being used for ‘buying drugs’. The private transactions are one of the main aspects in preserving fungibility, as well as protecting the freedom of speech. The users have a right to keep their privacy, and Monero is the right way to go.

Just imagine if a certain amount of BTC was being held by someone with a bad reputation. Their coins might end up blacklisted by numerous organizations that do not want anything to do with that individual. As such, those coins will become basically useless. Now imagine if you somehow got tricked into buying those blacklisted, useless coins. All your money would be gone, and your coins might even end up being seized due to a connection to a known criminal.

Monero eliminates such issues, and you will always know the worth of your assets, no matter what someone may have done with them in the past.

EOS is a smart contract blockchain that was created by a firm named Block.one. It focuses on scalability and speed, as well as user experience. It uses a consensus mechanism called Delegated Proof-of-Stake, which allows it to eliminate transaction fees, while it increases throughput. Additionally, EOS token holders have access to numerous network resources such as storage, bandwidth, and alike.

EOS is one of the coins that is certain to survive the Altcoin Apocalypse due to its focus on scalability, which has been something that cryptos have been struggling with for an entire decade at this point. Its creator, Dan Larimar, has had several successful blockchain projects behind him, which has allowed him valuable experience that he used for making a masterpiece that is EOS.

EOS has made a lot of progress this year, and its biggest achievement is the launch of its own MainNet. While the launch did not go without its issues, they were quickly resolved, and the coin has had no more problems ever since. In fact, it became the altcoin with the highest number of transactions per day — over 5 million.

Obviously, EOS is a coin that is extremely popular, and many see it as a potential Ethereum killer. It is often seen as a rival to NEO in this regard. All in all, EOS has made too much progress to allow bear markets to kill it off, which is why we have chosen it to be the third and final coin on our list of safe investments.

Bitcoin ETF And The SEC: Prepare For The Worst