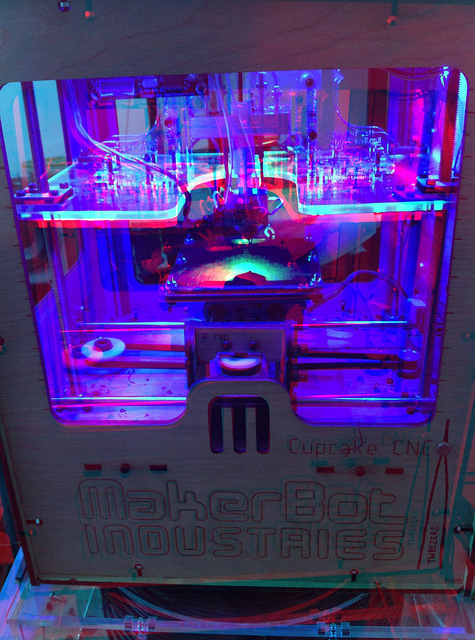 One of the key arguments used in opposition to cryptocurrency is the lack of real-world value. The makers of the upcoming 3D-Token have completely sidestepped that argument, augmenting their existing business structure with a cryptocurrency that effectively fuels their 3D printing network. Politronica is an offshoot of the well regarded Italian Institute of Technology in Turin, Italy. Throughout the past decade, the Institute has received multiple grants from the Italian government to fund experimentation in the field of 3D printing – something that the Institute has since excelled at.

Over the course of the past year, they have started prototyping their “Just In Time” factory model. This proof of concept model contained one hundred 3D printing units and had 50 members within the network to stress test the system. The prototype was a complete success, and Politronica is ready to start deploying their “Network Robots’ Workforce’ at production scale. They are expecting to increase the number of printers by a factor of 30, and increase the network member size accordingly. To do this, they will use the 3D-Token blockchain as a facilitator. They are hoping to see over 20 million hours of effective production per year, once the workforce is fully up and running.

Politronica envisions a centralized factory space where customers can pay for production time through their Network Robots’ Workforce. They’ve titled this factory 4pointzero.net, and it will exist as a means to easily lease 3D printers. The leases are by necessity short term and would be used to produce a limited run of products. This, in turn, allows the customer to produce items on an as-needed basis, avoiding inventory costs while still providing products to the end consumer promptly. While they have proven that the technology is functional, they have yet to fully integrate the blockchain network into the system. That’s the next hurdle they have to cross, but their academic pedigree suggests they will succeed.

3D Printing is an explosive emerging technology and has finally reached a level of public acceptance and mass adoption. The cheapest 3D printers are now becoming comparable in price point to higher-end traditional printers. Industries are looking at the myriad ways they can incorporate 3D Printers into their production processes, with some specialty manufacturers converting entirely to a printer based business model. Even assuming that demand remains where it is today, rather than rises as predicted, leased 3D printing time would come at a stiff premium.

To help combat this inevitable traffic jam of consumers looking for 3D printing solutions, Politronica has developed the 3D-Token, or 3DT, cryptocurrency for use within their factory. The ERC20 smart contract capable token exists as a digital stake in production time at the 4pointzero.net Factory. Holders can spend the token to reserve production time within the Network Robot’s Workforce, and ensure that their inventory arrives promptly. The customer can stockpile an amount of 3DT necessary to ensure that they can always provide the inventory that they will require, while not having to spend the money to keep the inventory in stock.

As with any cryptocurrency, it can also be traded person-to-person on an exchange or through Politronica’s own 3Dwix.com network, ensuring a consistent value against the Ethereum standard. The token can also always be sold back to Politronica, should the customer decide that they will no longer require that reserved production time. There is also an intention to create 3D-crowd.com, a form of crowdfunding site where users can donate 3DT to start-ups seeking to fund their 3D printing based projects, efficiently crowdsourcing the leased printer time itself.

3D-Token shows a complete synergy between two emerging technologies; Blockchain networking and 3D printer manufacturing. Both industries are seeing almost unprecedented growth, and Politronica has managed to combine the two in a way that legitimately uses the strengths of both. Their token generation event sold out in only ten days of the expected two-month pre-sale period. This suggests the cryptocurrency investing public at large has confidence in both the existing Politronica infrastructure, and their intended final product.

You can watch the ICO live here.

You can also scroll through the whitepaper here.

Moonlite ICO: An ICO With An Ecological Conscience

What Is 3DT And Why Are Crypto Investors Interested In It?