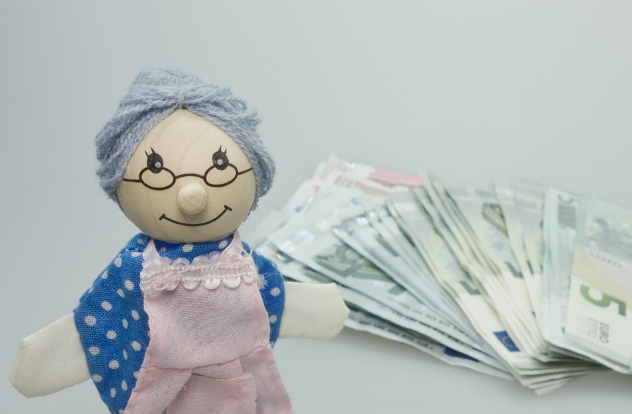 You’ve probably heard about CoinBase already. It’s a company based in California, considered to be one of the most important crypto exchanges in the world because of its amazing thirteen million users (that many people can’t be wrong, right?). But while it’s so well known as a coin trading site, Coinbase offers a variety of other services that are not so famous. One of them is known as “custodial service.”

That means that they accept to hold somebody’s wealth or property and make sure it stays safe and invest with it in the most reliable possible ways. It’s not a retail service, as you need at least ten million dollars to open this kind of account and, as such, it’s usually demanded by institutions that need to keep a big pool of money safe, such as pension funds.

A pension fund’s primary aim to keep money safe for the clients which is why pension fund managers are very conservative in their investment strategies and do not delve that much into the stock market. Which is not to say that they never do, several funds of this type are known to put some of their money in Blue Chip stocks it small quantities. And now the question is: will they start using cryptocurrency investment anytime soon? And if they do, how important will Ripple’s XRP be for them?

The answer to the first question is a definitive yes, just not very soon. The cryptocurrency markets are still not very appreciated by financial operators that are used to work with traditional financial tools only. But as Bitcoin and many other assets keep moving forward and showing their worth, it’s unavoidable that even people in Wall Street will start bringing some money to the table. It’s going to be a long process, but it’s already happening to a point.

What does that mean for XRP? Nothing, until recently, but things change. Coinbase just announced that as part of its custodial service it’s studying the inclusion of forty new cryptocurrencies to use to invest and store wealth, and Ripple’s XRP is among them. That is a breakthrough as, so far, Coinbase has only used for this the handful of crypto coins it offers for trade.

It would be very significant for XRP because it would give it a use that it currently does not have and that is not seeking to acquire either. Ripple’s XRP has always been a coin with a single and clear purpose which is to settle international payments in a much quicker, cheaper, and safer way than can currently be done with the outdated but dominant SWIFT system.

That’s what it’s been aiming for since its inception, as opposed to becoming a local currency (something “average” people could use to pay for goods or services), or a means to store wealth, an investment tool or any of the other typical uses associated with crypto coins.

If Coinbase decides to use XRP in its custodian service really, that would increase the demand for this token dramatically and would turn it into a wealth storing coin, besides the regular use it has typically. And more demand means higher prices and good coin performance.

It’s not a done deal yet, Coinbase is moving very carefully lately, after the Bitcoin Cash fiasco, and the announcement is, above all, a declaration of intent. But even that is significant taking into account that the same exchange has not shown any interest so far in supporting Ripple (XRP) for trade.