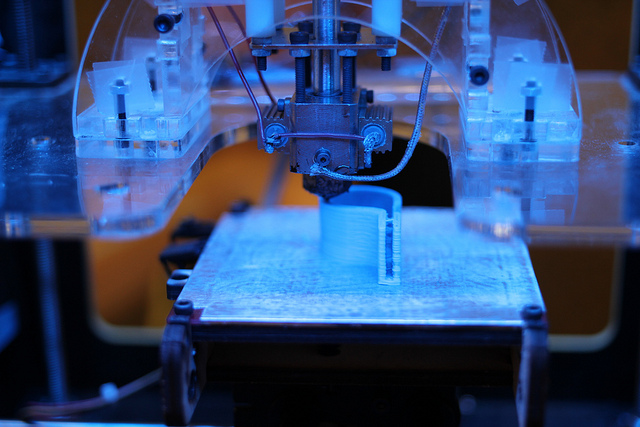 3D-Token (3DT) is a unique project that combines the use of blockchain technology, 3D printing, and just-in-time manufacturing (JIT), a methodology that streamlines the production process.

3DT is backed by a real business that has been live since 2009. Politronica Srl, through its research division, decided that it was opportune to enter the 3D digital just-in-time manufacturing space. The Italian company, which started at the University “Politecnico di Torino,” has managed to register three patents and obtain four international R&D awards. Politronica redirected its business after being acquired by London-based Etroninvest Limited back in 2017. Now the company operates a network of about 100 3D printers and plans to reach 3,000 units by 2019, with a production capacity of up to 300 tons of processed bioplastics. By that time, Politronica hopes to grow to 1,000 network members and reach 22 million hours of “Network Robots’ Workforce” per year.

The 3D-Token (3DT) project has been created to be an integral part of the blockchain-based network that would comprise thousands of 3D printers. The blockchain technology combined with the JIT methodology will cut production costs for small and medium-sized businesses and will support JIT-oriented projects.

Also, the 3DT project is the core of a new marketplace where clients can exchange their 3DT tokens for digital models to be applied in their innovative projects. 3DTs will trade inside the network at a price of $0.40.

A few details about the 3DT ICO

3D-Token launched its ICO on January 1, 2018, and the event will keep live until Sunday, February 11. At the time of writing, the token sale is going through its Step 3, which is the final stage.

The ICO Step 1 ended on January 14, and investors could benefit from a 40% bonus. The Step 2 ended on January 28 and came with a 30% bonus. Now, here is the good news for you – the current step initially presumed a 25% bonus, but today investors can claim a 50% bonus if they join the project before Ethereum quotation gets back to $1,350. As of today, Ethereum price keeps fluctuating way below $1,000, at around $793, so investors can enjoy the generous bonus and buy the tokens at half-price right now.

To participate in the ICO, you have to consider an essential condition: do not buy 3DT tokens by sending your ETH directly from an online crypto exchange. Instead, you should use ERC20 compatible wallets. Think about one of the following:

Accordingly, you should avoid using crypto wallets provided by exchanges like Coinbase, Kraken, Bitstamp, and so on. If you keep Ethereum on some of these exchanges, just move the needed funds to one of the accepted wallets, and you’re free to take part in the 3DT ICO.

Before the ICO event, 3DT had a presale of its tokens, which started on December 18, 2017. About $1 million was raised during that period. One of the key presale investors was Etherical.io.

What happens when you buy 3DT tokens?

If you participate in the ICO, you buy some of the 150 million 3DT tokens available for sale. The total number of issued 3DTs is 200 million, a quarter of which is distributed to fund the marketing campaign, token holders rewards, and the team, which will keep the tokens frozen for about two years.

So, what can you do with the acquired tokens? Well, you have more options:

As you can see, there are some significant personal benefits that you can focus on. Besides your own gains, buying 3DT tokens means to contribute to the project.

The proceeds from the ICO event are planned to be allocated as follows:

Besides, 7% of the 3DT sale proceeds will be allocated to Forex fees, ICO developments, and consulting fees.

So it’s a win-win situation for both the project and the investor. You can watch the ICO live here.

You can also scroll through the whitepaper here.

How 3D-Token Could Revolutionize the Manufacturing Space