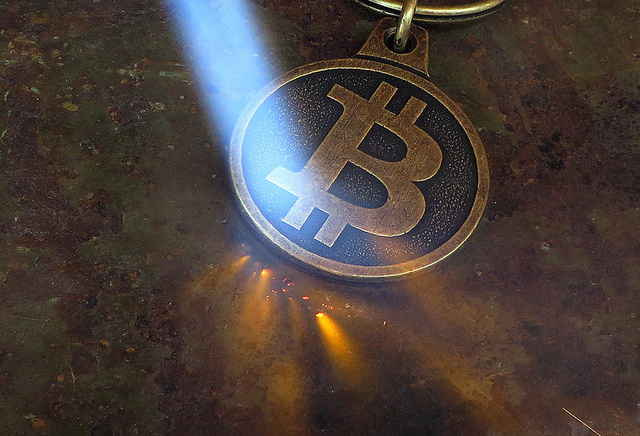 Bitcoin (BTC) has had a tough rap over the last few months. The slowdown in transaction processing times and the increased fees that have come on the back of increased transaction volume (in other words, scalability issue) have exposed the technology’s primary flaws and, in doing so, led many to suggest that the flagship coin has had its day.

Well, not so fast.

Sure, bitcoin is down right now. At the time of writing, the price of bitcoin comes in at around $10,400 apiece, giving it a total market capitalization of a little over $175 billion. Sure, so-called competitor coins like Bitcoin Cash (BCH) are trying to muscle in on bitcoin’s superiority as a transaction coin. Sure, the potential for Ethereum (ETH) to overtake bitcoin from a market capitalization perspective (the so called Flippening) is increasingly becoming a possibility.

But forget all that for a moment. Bitcoin is going nowhere.

When you look at the current state of bitcoin, the two primary arguments for the flagship digital currency fading away to insignificance are those outlined above – that the transaction times are too slow and that the fees are too high. These are reasonable arguments given what’s happening right now on the network but as far as long-term implications are concerned, they are essentially insignificant.

Because bitcoin is only having scaling issues because it’s the only cryptocurrency that has scaled to such a degree that network scalability has become a problem. Let’s put that another way:

In order to have scaling issues, a coin has to scale.

None of the other coins (the transaction type coins, that is, for simplicity’s sake we’ll leave smart contract tokens like ETH out of this discussion going forward) have reached anywhere near the daily volume that bitcoin churns out and so it’s practically impossible to compare any one coin with bitcoin as far as issue resolution is concerned.

Roger Ver can host a live stream demonstration comparing BTC to BCH transaction times and fees but it means nothing. Of course the BCH network is going to be faster and cheaper right now – Bitcoin Cash is doing around 6% of the daily transaction volume that bitcoin is.

When BCH reaches $10 billion a day in daily transaction volume, conduct the same like for like comparison and you’ll get very different results.

But there’s another, more important point to make here.

Above, we said that in order to have scaling issues you’ve got to scale to a point where these issues become apparent. The same is true for the following:

And it’s this point in time that bitcoin is at right now. There are numerous solutions being implemented today (SegWit, Lightning and more) that will reduce transaction fees and processing times on the bitcoin network. These solutions aren’t going to happen overnight – they are complex technological developments that take time to integrate and, perhaps more importantly, integrate correctly – but the integration is happening right now and it’s not going to be long before they are in place.

And once this happens, bitcoin will become the only cryptocurrency not only to have had scalability issues, but to have overcome these issues.

The mainstream interest in bitcoin over the last six months or so has been good in many ways, but it’s come at a time when bitcoin is having problems. This has led many new entrants to believe that these problems are permanent, since it’s their only experience of the bitcoin network. Other coins (Bitcoin Cash, we’re looking at you) are capitalizing on this misinterpretation.

Keep that in mind.

Is Facebook About To Adopt Litecoin (LTC)? Here’s What’s Behind The Rumors.