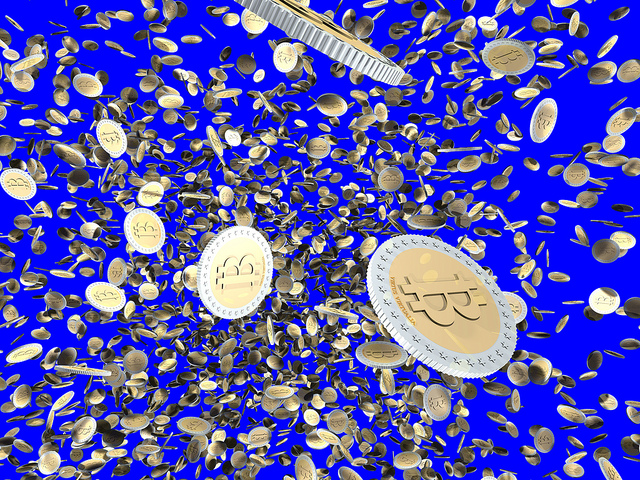 Bitcoin’s trajectory of the last year has been nothing short of incredible. The continued record highs have attracted the attention of the media, the public, governments, banks, and many more. As more and more cryptocurrency millionaires popped up, more investors wanted a piece of the action, until we found ourselves in the midst of a massive crypto hype.

However, it’s not just bitcoin that captured the attention of millions around the world. Ripple quietly grew to prominence until a few weeks ago, when it spiked with over 36,000%, more than doubled in its price and quickly became one of the new darlings of the crypto world.

Ripple’s boom followed shortly after several international banks, as well as Korean and Japanese credit card firms, stated that they would use Ripple technology to pilot test projects.

At the time of writing, ripple (XRP) is worth an average of $2.20 and it is available on several major cryptocurrency exchange platform. Granted, it pales in comparison with bitcoin’s price of $13,800 per BTC, but it’s not so shabby when considering that ripple grew from a humble $0.006 just a year ago. In addition, the cryptocurrency’s sheer supply has ensured that it is currently the world’s second most lucrative cryptocurrency.

However, this begs the question, why exactly did ripple grow as much as it did in the last year, and does it have the potential to overthrow the grandfather of cryptocurrencies?

Bitcoin is a virtual currency that is underpinned by a larger Blockchain network. Similarly, the ripple has its own payment network that is referred to as XRP, although even the most avid of ripple advocates simply call it “ripple.”

Ripple is also underpinned by a larger Blockchain network, which consists of several technological processes that ensure that all transactions are recorded securely online. This underlying Blockchain network is widely considered to be the future of payment systems.

However, this is where most similarities between the two end. Ripple was established in 2012, but initially, it was not designed to act as a form payment. Instead, the network was created to verify and record assets, including its own virtual currency, XRP.

Bitcoin was designed to be a decentralized peer-to-peer monetary system, where community members gave their own computer processing powers to verify and create new blocks and mine new Bitcoin, and as a reward received Bitcoin proportional to their efforts. In contrast, the ripple was established with a ready limited amount of 99 billion XRP ready for distribution which could be either traded or used as a means to navigate between other assets which would allow users to evade transactions fees.

The team behind ripple have previously stated that their network has several advantages over the bitcoin core network. Most significantly is that the ripple network offers much quicker and cheaper transactions. The average transaction conduct on the ripple network takes about 3 seconds and costs one-millionth of XRP.

In addition, bitcoin has lost utility due to its exorbitant transaction fees and times. However, the ripple network has encouraged interesting partnerships with traditional financial institutions such as UBS, American Express, and Santander as the ripple network has the potential to be used practically in foreign exchange situations.

How does Ripple work?

Ripple has a novel system compared to the majority of cryptocurrencies, which has earned it the title of being one of the most scalable and fastest cryptocurrencies available.

However, both networks are underpinned by powerful Blockchain technology. This refers to the system that is responsible for recording all transactions made on the network, like a digital ledger, but also for encrypting transactions. While bitcoin utilizes its vast community of miners to verify transactions and mine new Bitcoin, the Ripple network is mainly controlled by its startup. However, since expanding they have started to utilize third parties to aid in verifying transactions.

This system has allowed for increased stability on the ripple network. The company stated in a recent blog post that they were planning on shifting from single-handedly managing their own nodes, to employing trusted third-parties to perform this service instead.

While some cryptocurrency advocates feel that ripple’s system is still too centralized, ripple responded by locking their remaining cryptocurrency holdings in an encrypted account and now only releases a limited amount per month.

What causes the ripple price rise?

The ripple price has grown immensely in the last few weeks. At the start of December 2017, XRP stood at $0.25, reached $1.00 at the start of January and has since grown to $2.20. This sharp price increase is considered to have come about due to investors cashing in their bitcoin to invest in other cryptocurrencies. This accounts for the fact that the ripple price has continued to grow despite the fact that the bitcoin price has decreased.

In addition, the price boost has likely been encouraged by the fact that several major Japanese credit card companies announced that they would be conducting test pilots using ripple for projects that include international payments. Ripple is also significantly cheaper than bitcoin which makes it an easier investment.

At the moment, there are 28 billion ripples in circulation compared to bitcoin’s 16.7 million. Ripple boasts a total market cap of just over $90 billion, which makes it the world’s second-biggest cryptocurrency. Second only to bitcoin.

How to invest in ripple

Ripple is widely available on most of the world’s biggest cryptocurrency trading platforms such as Kraken and BitStamp. To buy ripple, you would have to create an account on the exchange of your choice and verify your personal information. After your account has been verified, you can deposit funds into your account to purchase XRP.

At the moment, the ripple is available on over 50 exchanges, with many more promising to add support for it in the near future.

However, the cryptocurrency is still unavailable on one of the world’s largest cryptocurrency exchange platforms, Coinbase. The exchange’s CE, Brian Armstrong, previously stated that ripple was merely a distraction from bitcoin.

According to a virtual currency analyst from Interactive Investor, Gary McFarlance, there are several cryptocurrencies that are similar to ripple. A notable one is Stellar Lumens, which was created by a previous ripple executive. Stellar has also shown impressive growth but is yet to match that of ripple.

Considering ripple’s rapid rise to prominence, it is still too early to tell whether Ripple will hold onto its current value. In addition, the fact that it’s becoming widely utilized by centralized institutions makes it unlikely to ever truly overtake bitcoin, however, it definitely makes for a worthy competitor.