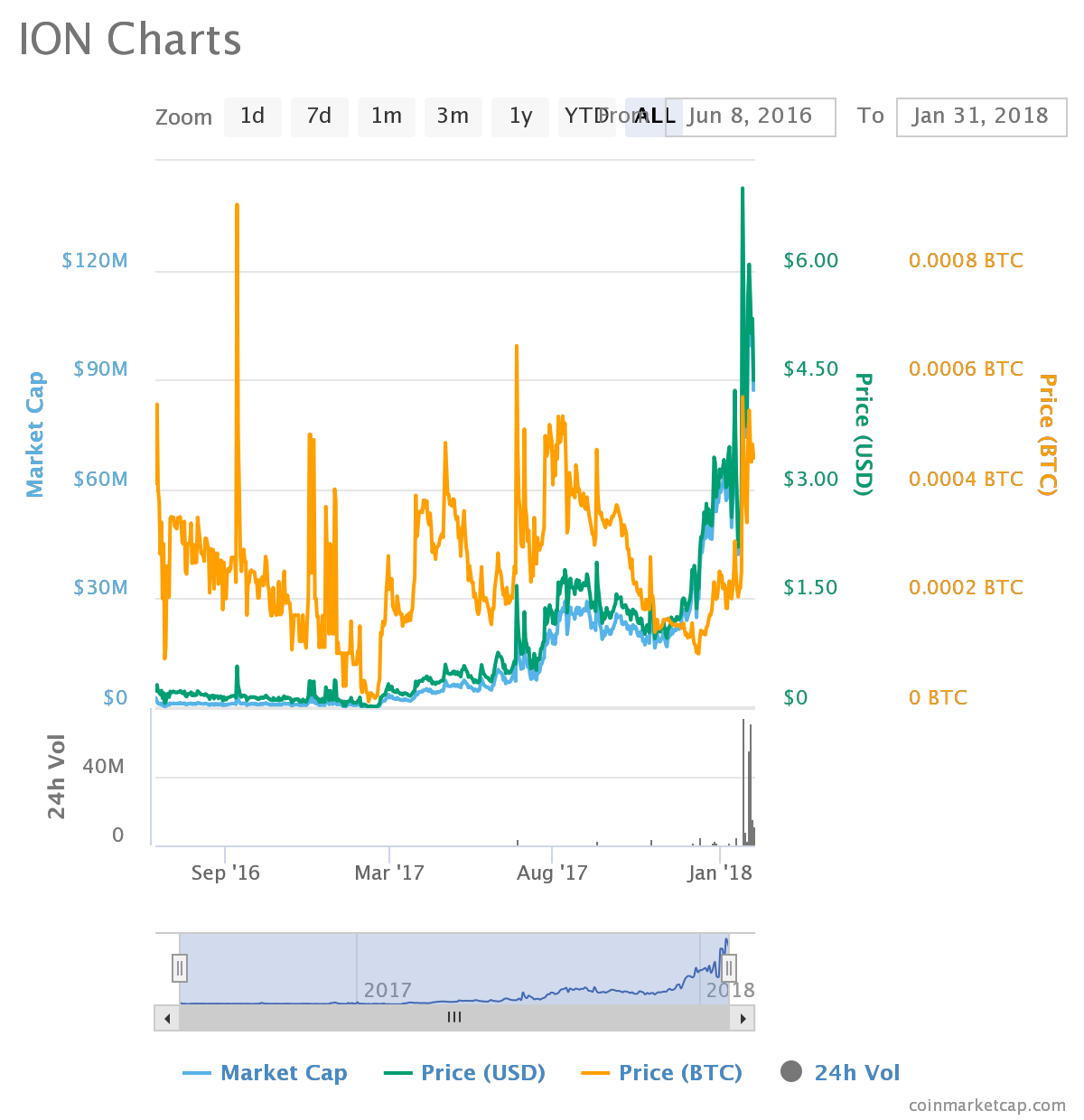 Ranked at 167th place on the global coin ranking list, ION didn’t strike as a coin that could potentially grow large overnight. But, looking at the latest change in its price and being traded at its all-time high on all major exchange markets, we can’t miss mentioning how well Ion is doing, especially these days. For those who are not informed in detail about the idea behind Ion and Ionomy, here’s everything you need to know about this coin.

Influenced by Bitcoin and Blockchain technology, Ion was launched in May 2015 when it was presented as a proof-of-stake decentralized ecosystem. The main idea behind Ion and Ionomy is gaming industry, games and digital values and goods.

So, anyone interested in this coin might as well be interested in games and gaming apps. Inspired by Bitcoin, but still addressing its flaws, ION creators have chosen proof-of-stake as a great alternative to proof-of-work – the protocol Bitcoin is using. The main reason for choosing proof-of-stake is the fact that this protocol is consuming less energy, that way providing an economic ecosystem with enabled decentralization.

ION is also working on the hash algorithm, which is a key within a public key. Let’s say that our original data information is represented by a certain number. That number would be shown in a different form when gone through the hash algorithm, providing a value that is non-recognizable.

That is how ION is keeping transactions within their blockchain ecosystem, private and untraceable, which isn’t the case with Bitcoin where all information can be acquired as all info is being saved on the central blockchain. This protocol is functional because it takes a multiplier that is unknown, merged with the original value that gives a whole different value when translated through a hash algorithm.

But, what makes ION attractive to most users and holders who are not following up with technicalities like protocols and algorithms is the fact that ION is promoting the gaming industry, launching games, and apps and creating reward programs and competitions for gamers around the globe.

Around mid-December 2017, ION developers launched a beta version of a game called “The Moon or Burst.” The game is relatively addictive for anyone who likes mini-games available for Android and iOS. The game launched by Ion is also available for Android and iOS so anyone who is a part of the community can download the game as of 26th of January. The most exciting thing about this game is navigating from Earth to the Moon while avoiding threats like black holes and other aircraft.

Apparently, there was a tournament organized in the spirit of launching a public version of this game. Anyone could apply and play as of 26th of January. The winner of the competition was announced only three days after the beginning of the tournament and awarded 5000$ in the form of ION tokens.

This is, without any second thoughts, an amazing reward and an easy way to get “some” ION tokens. But, at the same time, the launching of the game can be interpreted as an amazingly clever strategy to get more investors to chip in and buy ION before the release of the game.

This presumption is proven to be true as after having announced the launching of the game on January 26th. The price of ION went up for amazing 51%, which led to a price of 5.94$ per one coin.

Where is ION at Right Now?

After the Earth to Moon tournament has come to an end, it seems that some disappointed competitors didn’t get their hands on the 5k prize and decided to sell their ION tokens. The price fell below the original 5.94$ per one coin.

Jokes on the side, whatever the reason for the decrease although this coin was trading at an all-time high across all major exchanges, Ion got back on the track with the newest increase only a day after the initial decrease.

In the last 24 hours, the volume of trading in Ion tokens increased, which resulted in a 7% rise in ION’s price. Currently, this coin is trading at 5.36$ with a market capitalization of 103 million dollars.

In case Ion would continue at the current pace when it comes to increases, this coin could quickly reach the price of 10$ within a few weeks.

Given the fact that Ion developers are focused on all aspects that make one digital currency a potentially safe investment, it seems that this coin will have a bright future. And, by creating a decentralized ecosystem with a focus on the gaming industry and rewarding strategies with safe and secure protocols, Ionomy is undoubtedly growing towards becoming a robust decentralized community.

So, the last call for buying Ion at its lowest based on the current performance of this coin is probably now or never.

We will be updating our subscribers as soon as we know more. For the latest on ION, sign up below!