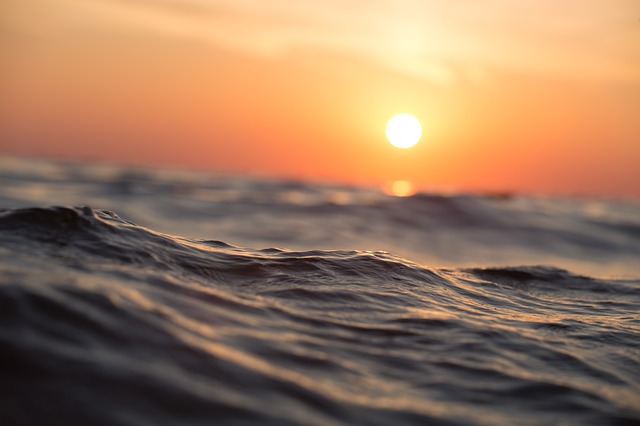 Have you ever heard about Elliott waves? No? Well, we’re not surprised. Even among market technical analysis specialists, they’re quite arcane. So let us tell you what they are and why they matter, and what they have to do with current predicament of Bitcoin. Just keep reading, we won’t get technical on you, only plain English.

Elliott waves are a form of technical analysis used to forecast the stock market (and, over the last decade, the crypto market as well). Using this technique requires of you to analyze a chart in such a way that you can identify a kind of event called “wave” which is something of a fluctuation in the market, and it’s supposed to reflect the psychology of the moment. According to this theory, all markets trend in five waves. Once the fifth wave hits the market, a new trend will begin. It can oppose the previous pattern or amplify it, but it will be a different one.

Was that too abstract? Yeah, we know. Let’s explain it in more practical terms: Bitcoin will go up again once the fifth Elliott wave reaches it. It’s as simple as that, according to this tool.

It sounds a bit magical or too empiric, but many technical traders use this approach all over the world to make money. The relevant question now would be, of course, is the current Bitcoin wave the fifth one? The answer is no, and we’ll explain to you why.

Bitcoin’s fifth wave is not here yet

Several analysts and YouTubers have been publishing their own view on the current situation and, for many of them, this is the final Elliott wave indeed. But we have reasons to disagree with them.

One of the “principles” you need to dominate with this technique is that everything should always be interpreted (or constructed) in the simplest possible way. That’s a problem for those who are predicting the final wave is here because they’re constructing their waves in a somehow complex form that needs a lot of justification when it should be self-evident.

Then, there’s the problem of cognitive bias (the tricks our mind plays on us at times that impair objectivity). We’re all sick of the bearish market. It’s been going down for 11 months now and, if that wasn’t bad enough, last week it became a carnage on Wednesday, and then again over the weekend. We all want for things to get better as soon as possible. And that is the problem as well.

Elliott Wave theory also states that you should never construe any scenario in a way that aligns with your wishes. Given several possible interpretations, you must always choose the one that suits your goals the worst, unless the evidence is so strong that no other explanation is possible. This avoids a cognitive trap known as “confirmation bias” which means that we believe what we want to believe, instead of what we are seeing.

In other words, when you work with Elliott Waves, you must always be sure that your own wishful thinking is not getting the best of you. Since it’s reasonable to assume that the analysts that believe in the fifth Bitcoin wave want it to arrive, they’re breaking this simple rule.

To wrap things up all we can say is that the fifth wave will arrive sooner or later. We can’t tell you when (Elliott wave theory doesn’t include any kind of reliable timing prediction), but it always comes.

Then Bitcoin will rise again, and the chances are that it will reach levels that we couldn’t possibly imagine right now. But that’s not what’s currently happening. Just in case you’re curious, the best analysts agree that we are currently riding the third Bitcoin wave, so we still have two to go.

Why Ripple’s XRP is getting ahead in the crypto wars

The current Electroneum (ETN) price is irrelevant, here’s why