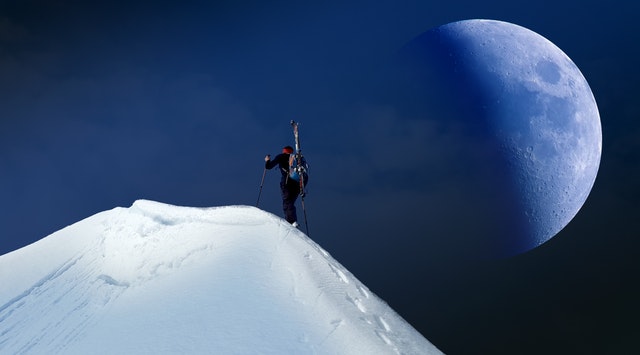 Ever since the blockchain technology became popular, numerous use cases were conceived and conceptualized. Even so, only a few of them made the light of day up to this point. One of them is the blockchain’s potential for bringing decentralization and democratization to the content creation and storage in the modern day.

Blockchain functions as a P2P platform, which means that it offers significantly better methods of creating, storing, and sharing content. This works even better than centralized platforms like Spotify or Netflix, since they provide their users with open networks, instead of charging them fees for even using the platforms in the first place. Additionally, these networks are not governed by third parties, but by their developers themselves.

TRON is a perfect example of one such platform, and its strategy for growth has been extremely successful lately. TRON’s goal has always been to bring decentralization to the internet. That way, the content creators would be in full control of their content, its distribution, and everything else regarding the activities that surround it. In a recent interview, TRON’s creator and CEO, Justin Sun, shared his views on the matter, as well as TRON’s goals, and even the coin’s recent partnership with Japan’s LINE.

During an interview, Sun stated that TRON became one of the most competitive public chains around the world after celebrating its Independence Day on June 25. He also mentioned that August 30th is when the TRON VM will officially join the MainNet. Right now, TRON is doing extremely well, and its popularity is constantly growing, with over 200,000 active accounts already on the network.

When asked about the company’s plans for making monetary incentives for content creators, Sun stated that getting the content out has always been TRON’s top priority. The creation of a healthy ecosystem where this could be possible was the first step, which is something that TRON already largely achieved by becoming an established major public chain. Once again, Sun brought up the vision of the decentralized web as TRON’s final goal.

When asked about the company’s role in maintaining and managing the network, Sun stated that the entire point has always been to provide the best service, which is something that has not changed. The company aims to provide a safe, fast, and above all — reliable product. This product would be available and usable on mobile and desktop alike, which will provide users with constant access, and best possible service.

He continued to add that Project Atlas takes most of the developers’ focus at the moment, as it is a very big step forward for TRON and its goal of a fairer internet. He also pointed out that the project is collaborating with BitTorrent, which will also help with extending the durability of torrent swarms and even bring additional benefits, like providing seeders with rewards, adding additional resources to the ecosystem of torrents, and alike. Eventually, the project is to revolutionize the way that content is shared and consumed.

Sun then talked about the process of adding TRX to a new exchange, stating that the main concern is that the exchange can provide a reliable and safe experience. Each new addition to the exchange network needs to be user-friendly, provide a mobile experience, and if it is located in a country that is just opening up to cryptos, that’s even better. That way, TRON is available all around the world, which will help with decentralizing the web on a global scale.

He also reflected on TRON Super Representative election, stating that he felt the need to run for an SR in order to make sure that the network will remain safe and reliable at all times.

Finally, Sun stated that TRON’s addition to BITBOX was a huge step forward since Japan and Korea are very important markets that do the majority of work for the tech and crypto industry. Tapping into this market’s potential can only help TRON, as well as its users in these areas, which is why the company is looking forward to further cooperation with BITBOX and LINE alike.

TRON (TRX) gets ahead of EOS in registered accounts race